Mickey Moose Gets All The Marbles 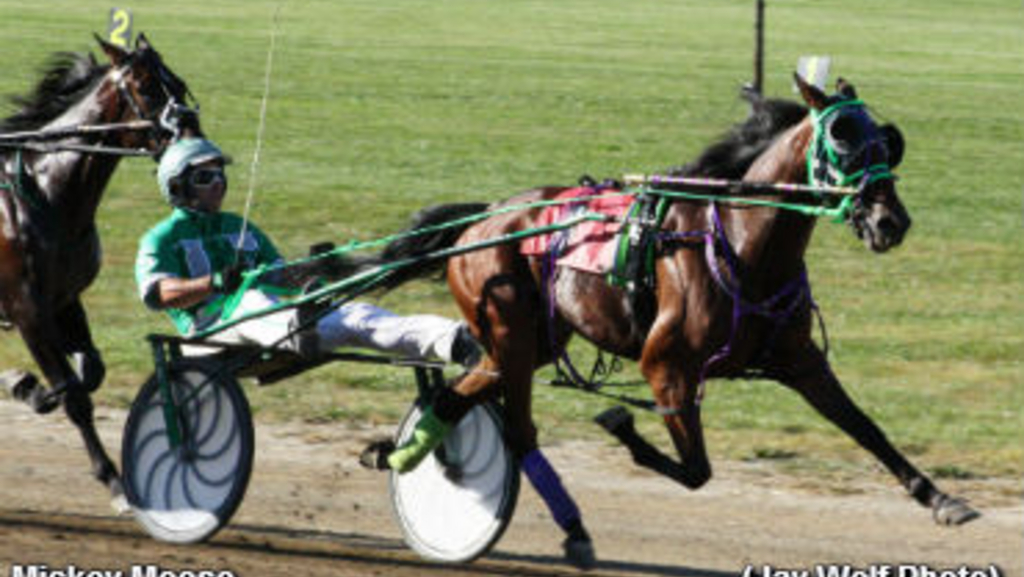 Mickey Moose and Kurt Sugg captured the third and final division of the Ohio Breeders Championship for two-year-old trotting colts Tuesday at the Delaware County Fairgrounds.

As the gate’s wings folded, Sugg hurried the gelded son of Triumphant Caviar after the early lead and controlled the fractions. Ronnie Wrenn, Jr. sent Fantasy League first up to challenge the leader, but could never stick a nose in front. Mickey Moose rebuffed the challenge and won by 1-1/4 lengths over a closing Chips So Fast (Yannick Gingras) in 1:59.1. Fantasy League held on for third, and the heavy favourite Kanthaka (Dave Palone) rallied for fourth after a break in stride at the start.

The first division was won by The Next Triumph and Yannick Gingras going gate-to-wire in a lifetime best 1:59.1. The daughter of Triumphant Caviar scored by 3-1/2 lengths over Speedy Translation (Kurt Sugg) and Dusty Road (Kayne Kauffman).

Ron Steck owns and trains the filly with Robert Smolko and Rene Allard.

Just Jess and driver/trainer Doug Rideout got up in the shadow of the finish line to edge the pacesetting Serenas Serenade (Ronnie Wrenn, Jr.) by a neck in the $37,200 Standardbred trot for two-year-old fillies.

The heavy favourite, Miss Tezsla (Yannick Gingras), broke stride at the onset but rebounded to finish in the show spot.

Just Jess has won $134,443 for her owners Alan White and Julie Rideout.

Post time for Wednesday’s Jugette card will start at noon.