'Queenie' For A Day 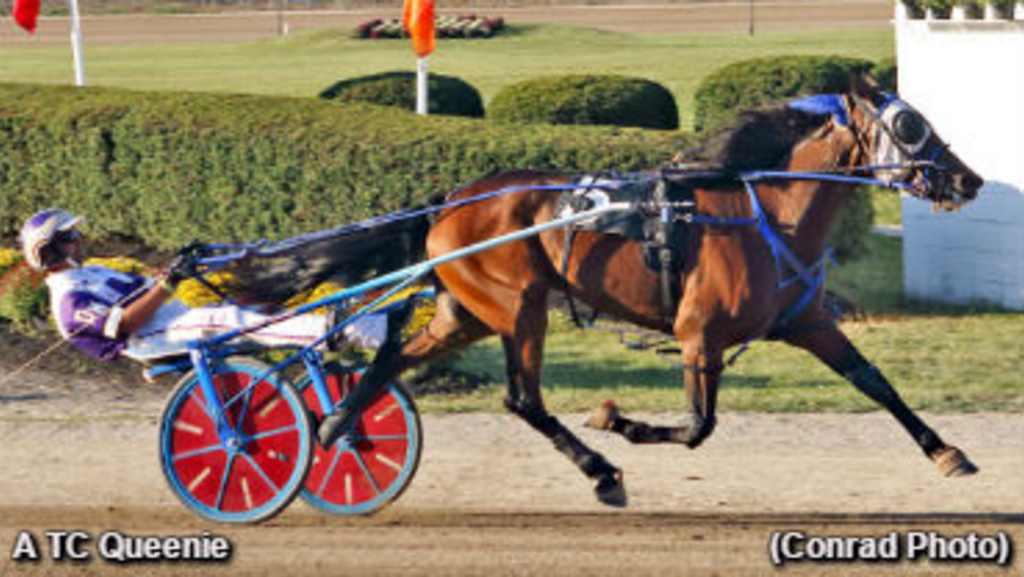 A TC Queenie was one of the state of Ohio’s best sophomore filly trotters and she showed it by going gate to wire in a stakes record to win her $45,400 division of the Ohio Breeders Championship in Monday’s action at the Delaware County Fair.

When the gate’s wings folded, A TC Queenie (Dan Noble) grabbed the track and control of the field and dictated the fractions of :28.2, :57.4 and 1:26. Kerfuffle Cookie (Peter Wrenn) tried to mount a challenge down the backstretch but couldn’t get within a length and a half of the eventual winner. A TC Queenie cruised home in :28.2 to score by 4-3/4 lengths in 1:54.2.

The Triumphant Caviar filly is owned by Trish Soulsby and Richard Schaut and conditioned by Ron Steck.

Kestrel (Aaron Merriman) overcame post 7 and took the lead past the quarter pole in :27.4. Page ducked the eventual winner into the two-hole and let Kestrel pass the half in :57. As the pair reached the three-quarter mile station in 1:26, Page eased Consolidator off the rail and cruised home in :30.2 to score by 3-1/4 lengths over Kestrel. Count On Cami (ken Holliday) was another half-length back in third.

Consolidator, winner of the $252,000 Ohio Sire Stakes Final her last time out, has won three races in a row and six of seven this season. She is trained by Jim Arledge, Jr. for the Green Acquisition Corp.