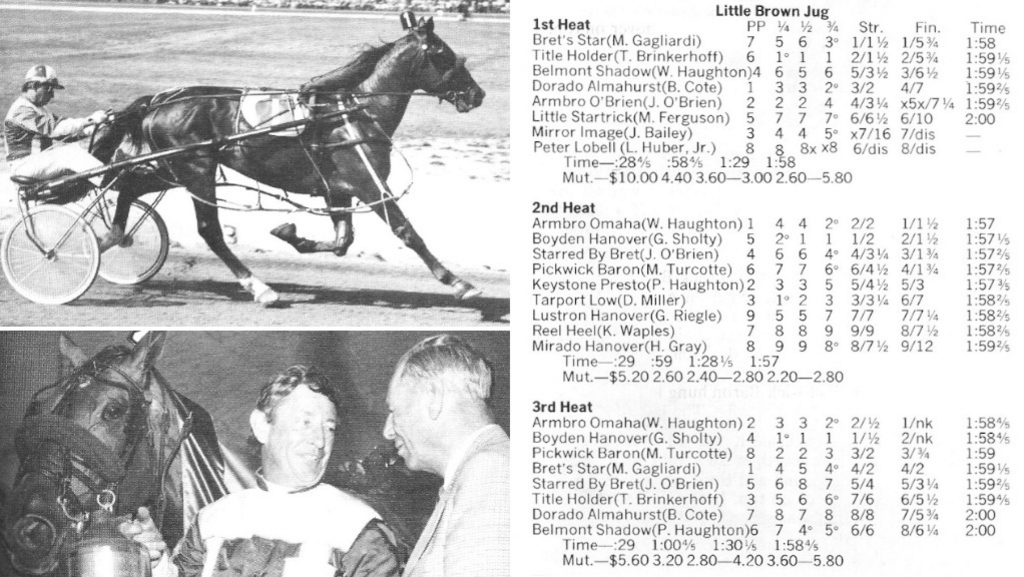 This week's Rewind is centred around the now long and colourful history of the famous Little Brown Jug.  With this year's edition of the three-year-old pacing classic scheduled for Thursday, September 22nd,  Robert Smith has put together some old pictures and other memories associated with the 1974 Jug and Jugette which were dominated by horses with Canadian connections.

This year's Little Brown Jug at Delaware Ohio marks the 77th time the race has been held.  Over the years it has created a tremendous number of memorable moments and precious memories for the many people who have been a part of it.  In 1974 two horses with Canadian connections, racing out of the power laden Billy Haughton stable, came away from Jug week that year with top honours. 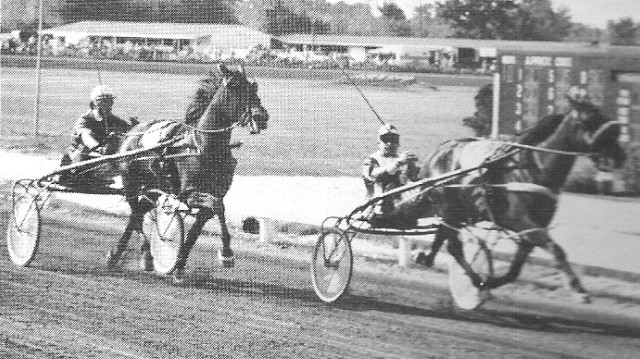 Handle With Care at the rail completes her sweep of the Jugette for owner Irving Liverman of Montreal and driver Billy Haughton.  Finishing second was Joannas Time and driver Ed Lohmeyer.  A new record was set for a two heat race by a filly or mare.  (Harness Horse)

The Jugette for three-year-old pacing fillies was raced on Wednesday and carried a purse of $45,558, the largest in its short four-year history.   It attracted a field of 12 who all started in both heats necessitating a second tier of starters.  The heavily- favoured Canadian-owned Handle With Care won both heats in handy fashion with Lantern handled by Glen Garnsey second in the first heat and fifth in the second.  In the second trip Joannas Time with Ed Lohmeyer up was second and Tiffy Time (Bill Herman) third.

The win by Handle With Care owned by Irving Liverman of Montreal was described by the press "as exciting as the main event." This race was of great interest more because of the sheer speed than the closeness of the race.  The amazing daughter of Meadow Skipper in winning this event scored her 31st heat win in 34 lifetime starts as a two- and three-year-old.  A bit of good fortune was on her side as well when she drew the seven position which is not usually a coveted spot, but her two main rivals were in the second tier.

In the opener Handle With Care recorded a mile time of 1:57.4 which equaled the world record for pacing fillies or mares on a half mile track.  She came back with a winning mile in 1:59, cutting out all of her own fractions.  This combination broke the existing double heat standard. 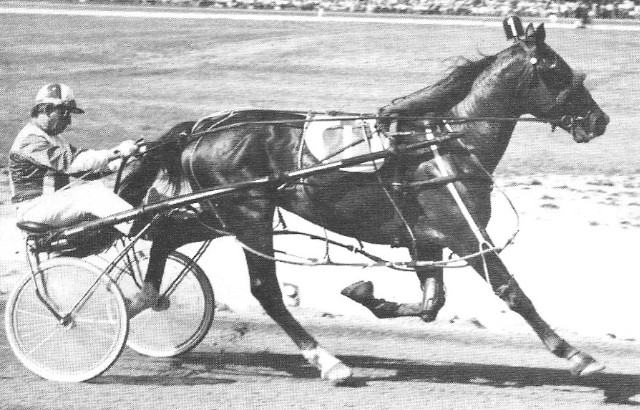 Driver Wm. Haughton scores his fifth Jug victory behind Armbro Omaha.  Owner Elgin Armstrong became one of the few to own both a Jug and a Hambletonian winner.  The victories were 21 years apart after Helicopter took the 1953 Hambo at Goshen, N.Y.  (Harness Horse)

This was the 29th edition of the fabled Jug,  then in its fourth decade.  The total purse of $132,630 was the largest ever offered. Going into the event regardless of what statistics may have existed,  the stable of Billy Haughton had to be the one to beat.  With 17 horses entered,  no less than four (close to 25 percent) were from the "Green and White" stable. The amazing Mr. Haughton had already won four Jugs spread over three decades and was now driving alongside his son Peter. Win number five was not far away.

The oldest driver in that year's Jug was Delvin Miller, who was 61 years old.  The youngest driver was Peter Delvin Haughton,  obviously named after Mr. Miller.  Young Peter was perhaps the youngest driver to ever compete in the big race at least up until then.   He was just three days short of his 20th birthday on September 22nd.  A look at the race chart shows an interesting statistic and that is the fact that despite winning his elimination and the final,  Armbro Omaha did not lead the field at any recorded point except at the finish line. In contrast, Boyden Hanover (Geo. Sholty) led at seven posts but finished second in both his races. I guess where you finish is the most important stat.

In the opening heat the winner was Brets Star driven by Mike Gagliardi, who was making his first Jug start.  They were convincing winners and by the time they reached the wire they had a six-length margin over the second-place horse Title Holder.  In the second heat Armbro Omaha won by 1-1/2 lengths and driver Haughton remarked that "he's a big lazy colt that will not do any more than you ask him."  He was equal to the task and won by overtaking Boyden Hanover in deep stretch.  The winning time of 1:57 was the same as Bret Hanover's in 1965 but slower than the record of 1:56 3/5 which belonged to Strike Out set in 1972.

In the final Brets Star was the favourite but after an early lead by Pickwick Baron,  George Sholty took over with Boyden Hanover and led all the way until the final strides when Haughton rallied Omaha with a rush to win by a neck. Pickwick Baron hung on for third. It was another great Jug day and a pleasing day for breeder and owner Elgin Armstrong.  He was 77 at the time and it was yet another feather in the cap of one of Canada's foremost personalities in the sport.  He passed away four years later while at his winter home in Florida at the age of 81.

For Omaha it was his third six-figure race of the year; all ending in victory.  Earlier in the season he had won The Adios and the Prix d'Ete in Montreal.  This latest win sent his earnings for the year past the $195,000 mark and his lifetime total rose to $224,000 for two seasons. All of those stats were amazing considering that this happened 48 years ago.

Four Canadian-born drivers competed in the 1974 Jug with three of them making it to the final.  Mel Turcotte driving Pickwick Baron was 4-3 for the day, Joe O'Brien behind Starred By Bret and Armbro O'Brien was 5 and 3-5,  Benoit Cote was 4-7 with Dorado Almahurst. Driver Keith Waples, who won this event just two years earlier with Strike Out, had an unproductive day behind Reel Heel, a Tar Heel colt owned by Denton Johnson of Peterborough.  They were eighth in the second division and thus eliminated for the day. 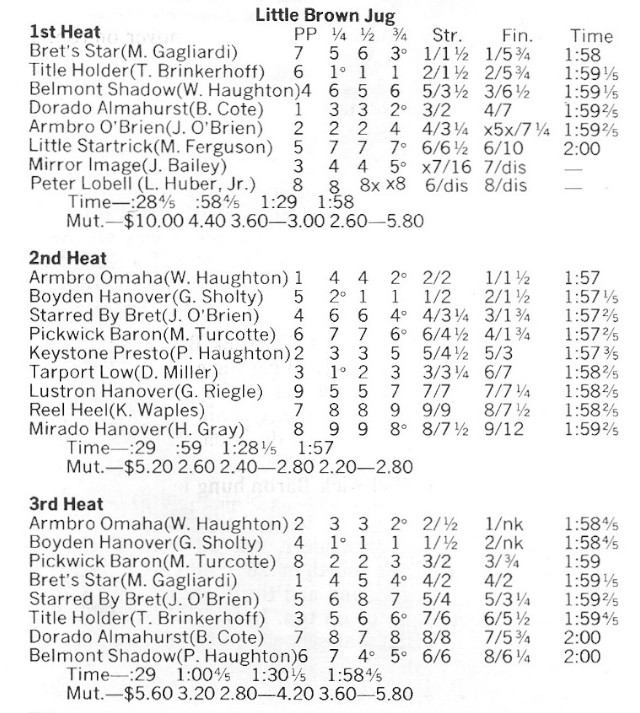 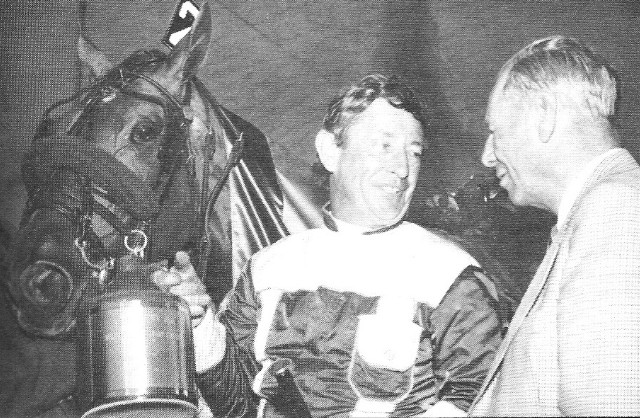 Quote For The Week: "Failure is simply the opportunity to begin again, this time more intelligently." From Henry Ford. 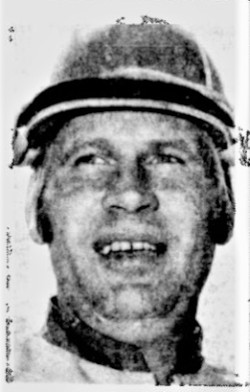 Who is this fellow? Let us know who you think it is. 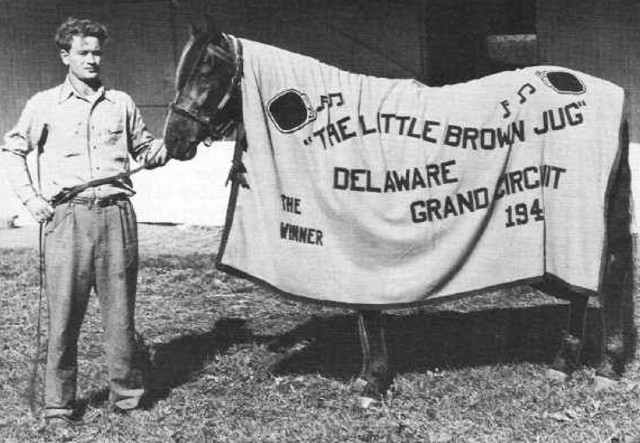 Can you identify the gentleman holding the horse in this old photo? His participation goes way back to the 1940's and he ended up being the winning driver in two Jugs. (Hoof Beats photo)

The correct answers for this week's pictures were as follows :

The "Who is it ?" photo was correctly identified by Sarah Imrie as Melvin "Muffy" Turcotte who participated in the 1974 Little Brown Jug. In the "Who Else?" photo as pointed out by Sheldon Rose it was Del Cameron with the 1947 winner Forbes Chief. He also drove Tar Heel to victory in the 1951 Jug for trainer Delvin Miller. Thanks to those who send in your answers ; you make it all worthwhile .