Patrikthepiranha A Strikes Again At Plainridge 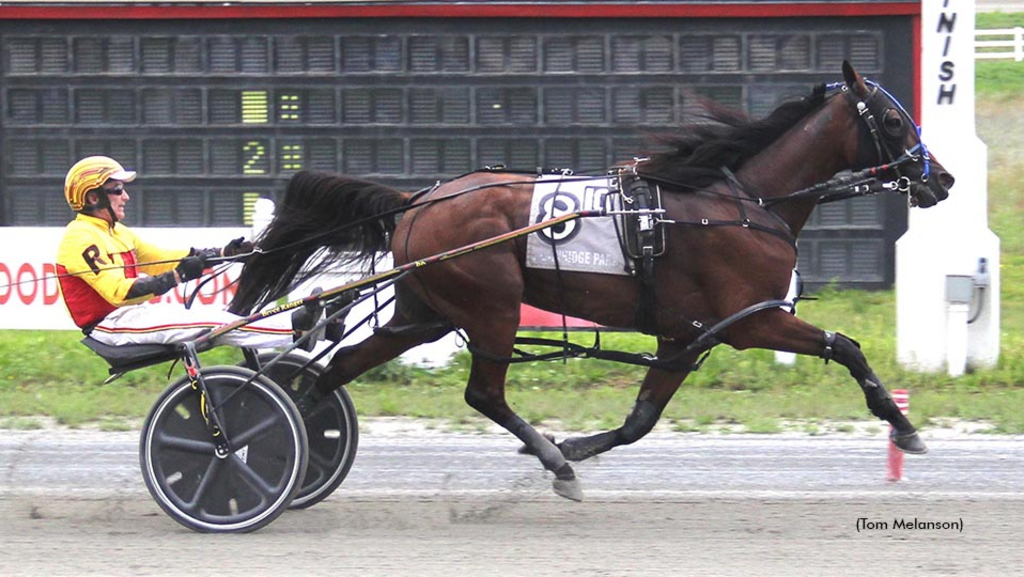 After racing from off the pace last week and finishing fourth, Patrikthepiranha A went back to leaving on Monday and scored a gate to wire victory in the $20,000 Open Handicap pacing feature at .

Bruce Ranger left with Patrikthepiranha A seating fellow leaver Real Peace (Kevin Switzer, Jr.) who also tried for the front. With a commanding lead through fractions of :26.2, :55.4 and 1:23.1, Patrikthepiranha A had mounted a gapped two-length advantage as he headed into the last turn. By the top of the stretch that lead was three and grew to 3-1/2 at the wire where Patrikthepiranha A stopped the clock uncontested in 1:50.4.

It was the eighth win of the year for Patrikthepiranha A ($5.00) and it pushed his earnings to $124,719 in 2022 for owner Thestable Patrikthepiranha. Melissa Beckwith trains the winner.

Ranger also won one of the $15,000 co-featured paces with the Massachusetts-bred three-year-old pacing gelding Treacherous Tom, who also led gate to wire by open lengths and won in a new lifetime mark of 1:52.3. Treacherous Tom ($9.40) is owned by Thomas Dillon and Scott Dillon and is trained by Joe Nelson.

Treacherous Tom will be in the lucrative Massachusetts Sire Stakes that start at on Sunday (Sept. 25).

Ranger ended the day with three driving wins and Nelson with two training wins as a result of their third race entrant , who upset in 1:53.1 and paid $27.60.

The other $15,000 pace went to Cigars And Port (Wally Watson) who took the lead just past the :26.1 quarter and eventually stretched out to a 7-3/4 length romp timed in 1:50.1 which was a new lifetime mark. Cigars And Port ($6.20) is owned by the Fox Ridge Stable and Wally Watson and is trained by Lisa Watson.

Live racing resumes at on Tuesday afternoon (Sept. 13) with post time at 2 p.m.