A Rival For Woodmere Stealdeal 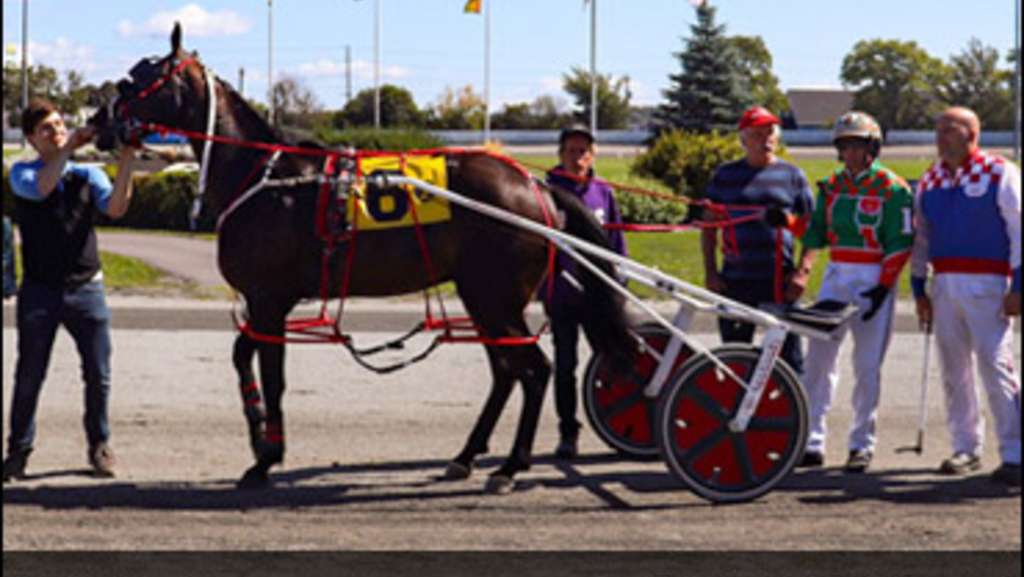 Records are made to be broken but Bettim Again has smashed a pair of track records in a matter of eight days after a Maritime record performance Saturday afternoon (Sept. 12) at Red Shores Racetrack and Casino at the Charlottetown Driving Park.

Fresh off lowering the Truro Raceway track record for two-year-old pacing colts last Friday in 1:56 for his first career win, Bettim Again won again Saturday in his $7,500 P.E.I. Colt Stakes two-year-old pacing colt division on the first half of a special Saturday doubleheader at the Capital oval. The trip lowered the 1:55.1 Charlottetown track record and Maritime record for two-year-old colts, set by Woodmere Stealdeal earlier in the season, by a full second as he won in 1:54.1 for his second lifetime win.

The son of Malicious – Bettim Laura was used hard to clear at the quarter in :27.2 then cruised through splits of :56.1 and 1:25.4 before kicking clear in the stretch drive to stop the clock in 1:54.1 by a two-length margin. Second in the record mile was Woodmere Alvin (Marc Campbell) while Jadensmagicsteel (Adam Merner) completed the triactor.

Woodmere Stealdeal remained perfect on his career with his eighth straight win in P.E.I. Colt Stakes action in a personal best of 1:54.3 by over seven lengths for driver Clare MacDonald and trainer Danny Romo.

The other $7,500 rookie colt splits were claimed by a duo from the Barrieau stable as Steel Reefer was a 1:56.1 winner in one division and Dustylanegoliath prevailed in the final event in 1:57.2 for the New Brunswick trainer-driver.

The afternoon finale saw Barrieau put the finishing touches on a driving quadruple and training triple in the $3,000 Preferred 2 Pace with the richest Maritime Bred of all-time, The Rev, in 1:53.4 for Jeffrey Skinner of Hammonds Plains, N.S.