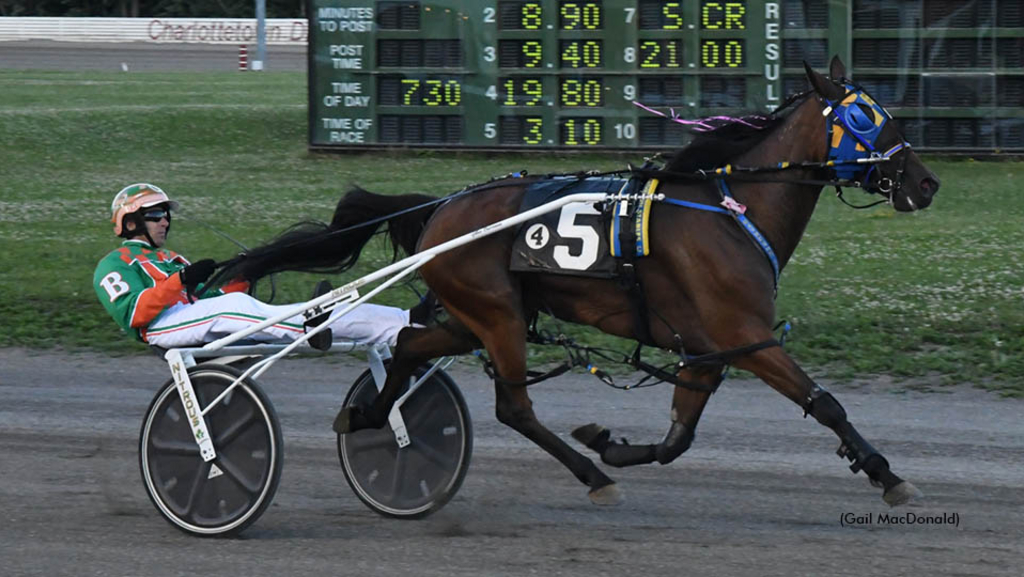 Trot Insider has learned that horseman Gilles Barrieau will be sidelined for the time being as a result of an on-track accident at Red Shores Racetrack & Casino at the Charlottetown Driving Park on Saturday (Aug. 6).

Barrieau took the brunt of a spill in Saturday's Preferred 1 Pace at Red Shores, a race that was set to be a Gold Cup and Saucer Trial preview. The race was declared a 'No Contest' when Barrieau, driving Island Beach Boy, was unseated. He walked away from the scene under his own power and booked off his final drive of the night while all horses came out of the incident unscathed.

According to Barrieau's wife, Kelly, Gilles is in hospital with a collapsed lung, two broken ribs, a contusion on his pancreas along with a number of scrapes and bruises. His return date has yet to be determined.

The 'Maritime Magic Man' is approaching the 5,000-win plateau as a driver, currently sporting 4,981 victories with more than $10 million in purses. His driving and training averages are both over the 0.400 mark on the season, and two Saturdays ago, Barrieau punched his ticket to represent Canada in the 2023 World Driving Championship by winning the 2022 Atlantic Regional Driving Championship and qualifying for the Nationals in Alberta this coming November.