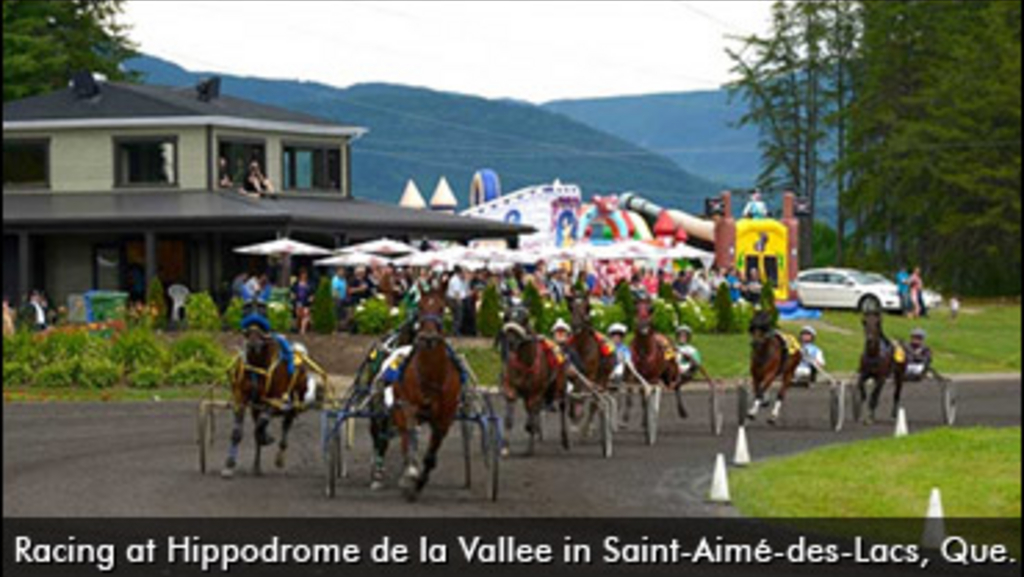 Now raced at Hippodrome de la Vallée in Saint-Aimé-des-Lacs, Que., this year's race has attracted a group of 10 pacers that will go 10 laps around the half-miler. The race is the culmination of a weekend celebration that kicks off on Friday night with a Guys Night Out, followed by live harness racing on Saturday afternoon accompanied by a number of kid-friendly activities, and a gala ball on Saturday night for the adults.

Last year's champion Walbert is back to defend his crown. The six-year-old son of Omar Khayam is owned by Aurel Harvey Et Fils Inc, Riviere-Malbaie, Que., who may have had this date circled on their calendar for quite some time as Walbert hasn't won a race since last year's win in a time of 11:31.3.

Herman Gagne was the trainer for Walbert in 2013, and this year he has another challenger: morning line choice Our Star. A recent acquisition of Francois Morin, Our Star, a five-year-old Rambaran gelding, is both the fastest and richest seasonal competitor in the group.

A program page for the race is available here courtesy of TrackIT.

To view the full list of entries for Sunday's card of harness racing, click the following link: Sunday Entries - Saint-Aimé-des-Lacs.