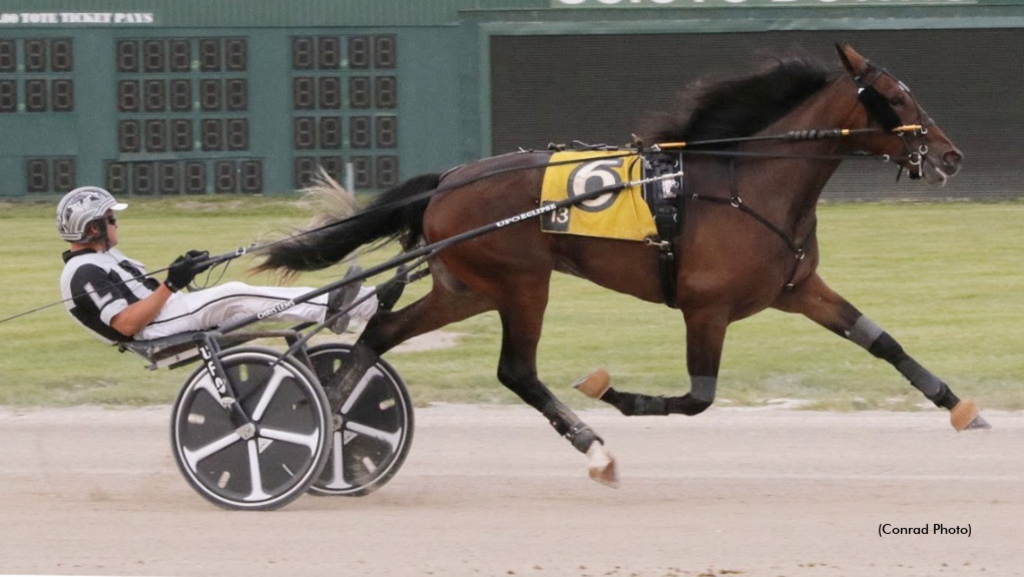 In the first $67,000 division for two-year-old filly trotters, Rose Run Yolanda (Trevor Smith) tripped the wire in a new lifetime mark of 1:56.4. The Triumphant Caviar filly left from post seven and got away toward the back of the pack. She didn’t sit long before pulling first up and marching for the front. Despite battling for the reminder of the mile, Rose Run Yolanda bested 3-2 favourite Swinging Senorita (Anthony MacDonald) in second with Waddupgee (Aaron Merriman) finishing third.

Rose Run Yolanda more than doubled her lifetime earnings with the Ohio State Fair victory. The filly now has $63,500 in the bank with two wins and one second in three lifetime starts. Todd Luther conditions for Black Magic Racing.

Truly Relentless (Chris Lems) didn’t disappoint her backers as the 7-5 favourite in the second division. The filly had a perfect trip, settling into the pocket for most of the mile. After a late break from the race leader, Truly Relentless took control in the final turn. The daughter of Long Tom cruised to an easy victory in 1:59. C S Irene (Tyler Smith) was second while Shes Loveable (Brett Miller) completed the trifecta.

Truly Relentless made it three in a row for trainer Steve Cross. With more than $110,000 in earnings, the filly has been living up to her name for co-owners Richard Gutnick, Thomas Pontone, and Joseph Lozito.

The first $72,500 division of two-year-old filly pacers was taken by Fear Of Sports (Tyler Smith) in 1:52.1. She found the rail for a brief moment before popping back out and surging for the front. The Fear The Dragon filly then gained control of the field and never looked back. Cruise Alert (Ronnie Wrenn Jr.) finished second and Seaside Tina (Trevor Smith) was third.

Calgary (Wrenn Jr.) took the final division in 1:53.1. Conservative off the gate, the daughter of Downbytheseaside got away sixth. Calgary followed cover at the half but made her winning move on the backside. The filly tipped three-wide and was ready to fly. Calgary collected her victory with lengths to spare. Mcseside (Tyler Smith) was second with Kassagi (Scott Cisco) in third.