The Mom Behind The Alagna Armada 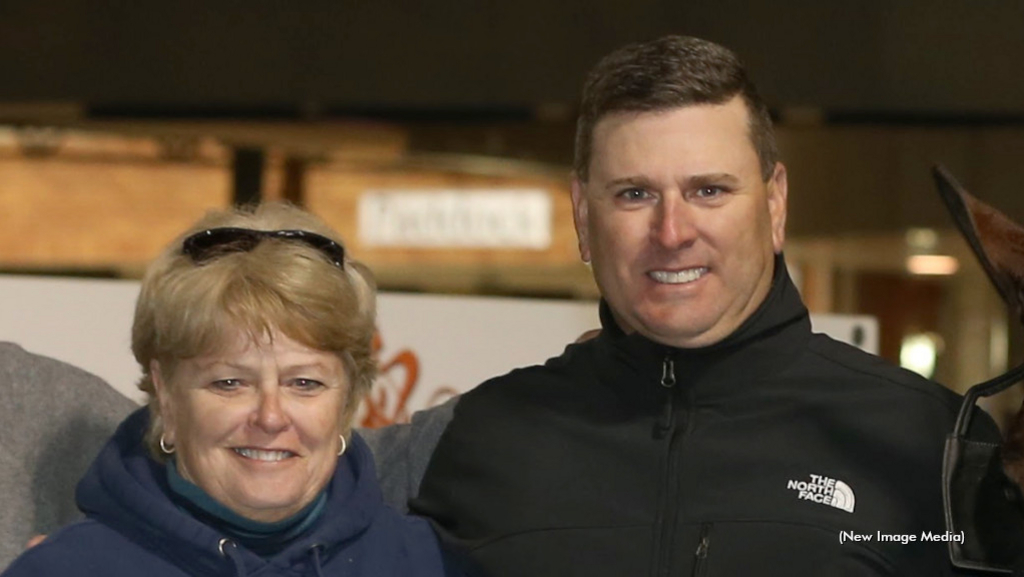 Trainer Tony Alagna will harness Hambletonian and Hambletonian Oaks hopefuls Fast As The Wind and Pink Coco Chanel in this year’s classics on Saturday at The Meadowlands. His rise to the forefront of harness racing success — which includes winning the 2020 Hambletonian with filly Ramona Hill — has come through hard work, perseverance, and a passion for all things equine.

That passion has grown from roots first established some six decades ago when Alagna’s mother, Donna Lee, got her first horse. Born to Marie and Harold Lee of Fairfield, Ill., Donna grew up in Champaign-Urbana.

“My dad was never around but my mom worked as a professional seamstress,” Donna recalled. “She made gowns for various folks around town, and she also was a great mechanic. She worked on cars and could fix anything — for years when my washer or dryer broke, I called Mom.”

Donna was one of four children, with two sisters and a brother.

“My one sister had a hole in her heart and the other got Rocky Mountain Spotted Fever, and both died when they were just nine months old,” Donna offered. “My brother Dale and I were very close, he was a truck driver and Vietnam vet, and he died just a year ago, so it’s only me now and my two boys. None of my siblings were involved with horses. I was the only one.”

When she was 12, Donna bought a flea-bitten grey horse named Pepper for $75 with money she had earned from baby-sitting.

“I couldn’t afford a bridle or a saddle, but I bought this horse from a riding stable next to where we lived from a guy named T.W. Thompson,” Donna laughed. “The horse was 15 hands or so and very smart. He knew everything. The problem was I was 12 and knew nothing — other than I wanted my own horse.”

When her parents moved, Donna had to find new accommodations for Pepper.

“I had to go to the Champaign-Urbana fairgrounds and rent a stall because we had moved,” Donna said. “There, I met an old guy named Marshall Britt and he had an old horse and he asked me one day if I wanted to jog the horse, whose name was Smash Key, and I said sure. That was it, I was hooked on harness racing.”

Pepper still provided Donna with a myriad of challenges, however.

“The first time I tried to ride him I had no bridle or saddle, and I only had a halter and lead shank, and he ran me right to a tree, and scraped me off, and tore my shirt right off my back,” Donna laughed. “He would try that every day I went to ride him until I got a bridle. I’d walk back to our house with my blouse half torn off and my mom would ask me ‘what happened?’ And I’d say, oh, I went for a ride.

“That horse was so smart, and he’d just scrape me off the side of a fence for fun. Once I got a saddle and bridle though, and learned what I was doing, things changed. He was a great horse and so push-button and needed me to learn what buttons of his to push. I started doing racing poles and barrels and he flipped into a flying lead change like nobody’s business. We had a great partnership.”

The following summer, when Donna turned 15, she began jogging and working for a trainer full-time, and four years later, met, and married Pete Alagna, father to Tony and his younger sibling Petey.

“Tony took his first ride on a jog cart when he was a year old on his dad’s lap at Springfield,” Donna remembered. “I bought him his first pony when he was three, a little Welsh pony that he loved to ride. Petey had the same passion — so I made sure my boys always had a horse to ride. They were both naturals from day one.”

Tony quickly graduated from ponies to Quarter Horses, and then to Saddlebreds and Morgans. 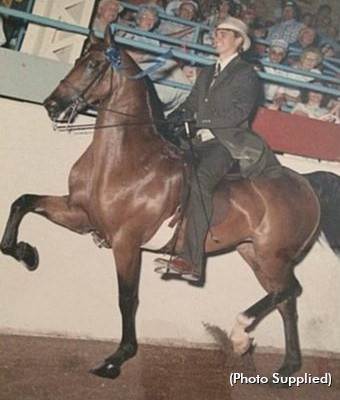 “When he outgrew the pony, I got him a Quarter Horse and he would jump him over the outside rail at the fairgrounds,” Donna said. “One day a lady named Sandy Simpson brought some Saddlebreds to the fairgrounds, and Tony started riding and eventually showing for her. He loved it.

“He had a big old appaloosa at the time named Guido and once, when they were at a 4-H show when he was 14, he called me and asked if I thought Guido would drive. I said I didn’t know but he found a harness and showed him in driving class the next afternoon and finished third with the horse. Guido had never had a harness on him in his life, but Tony had a real bond with horses and could get them to do almost anything.”

During his teens, Tony was introduced to Morgan horses, a passion that continues today, his mom said.

“Tony is still involved with Morgans,” Donna acknowledged. “He had a world champion in 2016 named Miss Velvet Brown and shows under the name of Millstone Morgans. He also has a Saddlebred mare he bought from Art Zubrod in addition to a couple of other Morgan horses. He doesn’t get to see them as much as he would like but he did fly out to Oklahoma a few years ago when Miss Velvet Brown won the world championship.”

Donna, previously one of the top trainers on the tough Chicago circuit, now spends six months of the year maintaining the Canadian operation of the Alagna empire.

“I’ve been coming up here for the last eight years,” she said. “We’re not sure what’s going to happen this winter, with the new farm — whether we’ll return to Florida or stay in New Jersey.”

Wherever she ends up, Donna will indeed be surrounded by her equine friends.

“I did endurance riding until I got too busy and just have my 16-year-old mule mare, Grey Cloud, my 21-year-old retired Quarter Horse Zippy, and (Canadian-record-holding pacer) Dr J Hanover, who is an absolute dream come true. He’s wonderful and not afraid of anything,” she said. “I’ve had a horse in my life every day since I was 12. I don’t see that ever changing.”