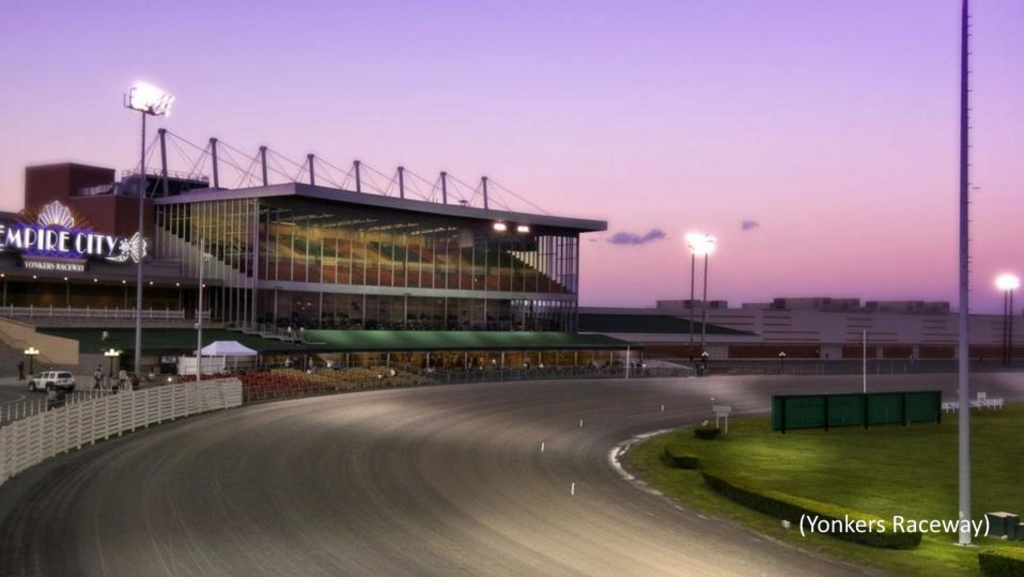 The Italy/USA Friendship Competition kicked off at Yonkers Raceway on Friday, with Italy's Daniele Orsini winning with Hobbs in 1:57.3.

In the $20,000 contest, USA's Bob Krivelin zipped to the lead with Crews Hilltopper and had Hobbs hung on the limb as they trotted by the quarter in :28.3. The lead remained the same as they passed the half in :58.1.

Hobbs was still on the outside when they trotted by the three quarters in 1:27.4, but just a nose behind Krivelin's trotter when they turned for home. In the lane  Hobbs, despite racing the entire way on the outside, began to draw clear and in the deep stretch he opened a two length lead which he carried all the way to the wire.

Winneress rallied late to finish second for Biasuzzi. Hoolie N Hector finished third for Italy's Roberto Giannoni but was disqualfied for a racing infraction, which allowed Crews Hilltopper to gain the show dough.

The race winner is owned by the Stratton Stable Inc. and Stratton Racing Inc. and trained by Cory Stratton. He paid $15.60 for the win.

The second event in the competition will be at Yonkers Raceway on Monday (Aug. 8).

Two horses driven by Braxten Boyd keyed the carryover, with Weona Sizzler A taking the seventh race at odds of 120-1 and paying $243.50 to win and Aston Hill Dave, dispatched at 27-1, bagging the eighth dash and returning $57.50 to win.

The guarantee in the Pick 5 is being offered as part of the United States Trotting Association’s Strategic Wagering Program. Free past performances for the Pick 5 are available courtesy of TrackMaster. The Pick 5, which begins in race five, has a takeout rate of 20 per cent.