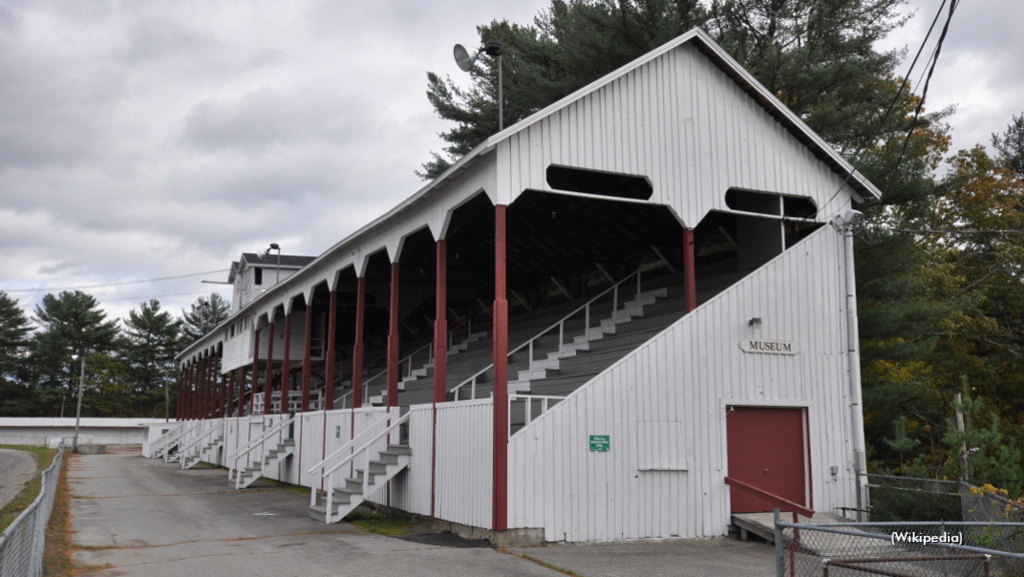 Four divisions of the Maine Breeders Stakes (MSBS) highlight the opening day of harness racing on Sunday (Aug. 7) at the Topsham Fair, which is celebrating its 168th year. Five days of racing bookend the fair dates, which officially opens on Tuesday (Aug. 9) and runs through next Sunday (Aug. 14).

According to the Portland Press Herald, “90,000 people are expected to walk through the fairground gates.”

One of Maine’s favourite historic event venues, the fair has been held annually since 1854.  According to Wikipedia, the Topsham Fairgrounds Grandstand was built “in the 1860s or 1870s and is one of the state’s only surviving 19th-century fairground grandstands.  It was listed on the National Register of Historic Places in 1992.”  This puts the facility in the same category at Goshen Historic Track and Floral Hall, aka ‘The Round Barn’ in Lexington, Ky.

“It’s great to be at Topsham where they have raced horses for over 150 years,” noted trainer/driver Aaron Hall.  “It wouldn’t be possible without a lot of passionate volunteers throughout the week.  We all tip our caps to the fair board and the volunteers for putting it all together.”

Historical significance notwithstanding, trainers and owners are enjoying the flood of opportunities to get horses raced.  This, coupled with the increase in Maine-sired purses, and harness horsemen are seeing additional interest in their stock.

“Some of our trainers and breeders have received phone calls to buy their racehorses and broodmares.  This is a direct result of the significant boost in our purses,” states Scott Pooler, the president of the Maine Standardbred Breeders and Owners Association. “New people want to get into our program, and that is very encouraging.”

Two early races start the racing card, with a 12:30 pm post time.  The first non-betting event features an $17,709 MSBS two-year-old filly trot, with the two leading point earners, Shesalilbitmouthy (Mark Athearn / Gretchen Athearn) squaring off against Another Adventure (Kevin Switzer Jr. / Marc Tardif).  Both fillies have earned in excess of $12,000 this season, and will look to increase their respective bankrolls at the expense of the other.

The second early race is an $18,736 MSBS three-year-old filly trot, with a full field of seven starters.  The top earner in the division is Maplewood Slugger (Andy Harrington / John Nason) who has $25,596 in seasonal earnings, with four wins in eight starts.  She will be tested by her stablemate Show No Tears (John Nason), who has $16,107 and is looking for victory number two.

Trainer Valerie Grondin adds three of her own charges to the mix.  The ‘Pembroke’ trio will be looking for their first seasonal trip to the winners circle.

The regular card starts at 1 p.m. and opens up with Maine Breeders Stakes for male trotters, where the freshman point leader Outlawofthevalley will look to retain his title over runner-up Stealin Money.

The Maine-sired sophomores return to Bangor for all of the three-year-old MSBS divisional finals on Oct. 15.  The two-year-old championships will be held two weeks earlier on Saturday (Oct. 1) at the Cumberland Fair.

The remaining Maine Breeders Stakes will be raced on the following dates at the Maine fairs listed below: