'Ucandoit' Does It Again At 'Big M' 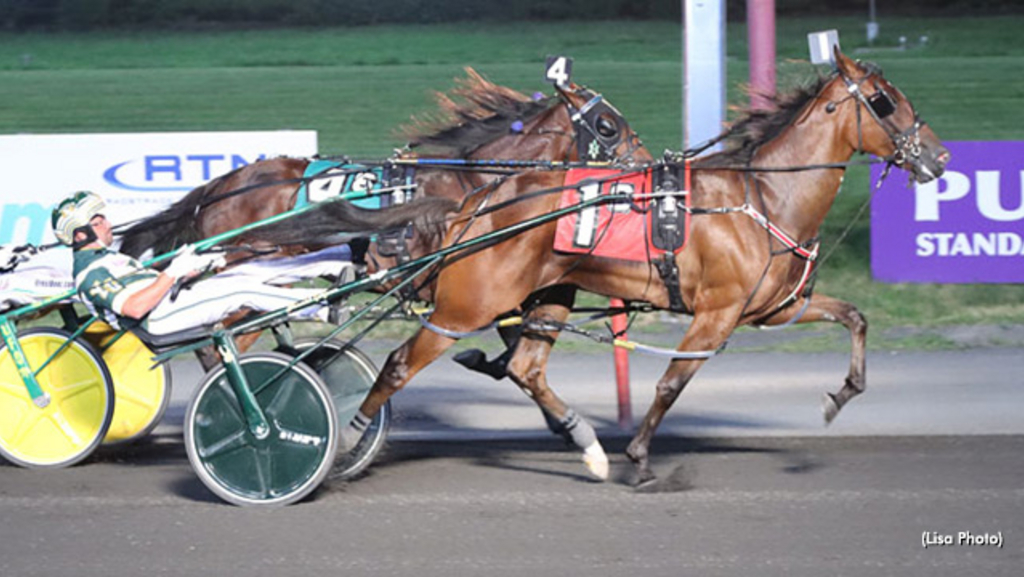 Ucandoit Blue Chip upped her winning streak to four as the Linda Toscano trainee, fresh off a three-race sweep in New Jersey Sire Stakes action which included the $240,000 final, kept on rolling with a victory Thursday night (Aug. 4) in the second leg of the Kindergarten Series for two-year-old pacing fillies at The Meadowlands.

The daughter of Keystone Velocity-Molly Can Do It, whose only career loss came in her debut on June 17 in a division of the Tompkins-Geers when she missed a neck in a 1:52.2 mile, left alertly from the rail before settling in for a pocket trip behind Caviart Davia, who set fractions of :27.2, :56 and 1:24.2.

As the duo made their way around the far turn, driver Yannick Gingras edged Ucandoit Blue Chip off the rail to come after the leader and did not inch clear of that foe until they were inside the sixteenth pole before going on to a neck win in a lifetime-best 1:51.1. Hallelujah Hanover was third.

HAPPY BIRTHDAY YANNICK: Gingras ended up winning four times on the nine-race card on his 43rd birthday. The recent Hall of Fame inductee upped his 2022 dash-win total at The Big M to 106, well ahead of his closest pursuer, Dexter Dunn, who has 74.

A LITTLE MORE: Save America, a colt by Captaintreacherous-My Lady Day, became the first two-year-old to break the 1:50 barrier in 2022 by stopping the clock in 1:49.4 in a division of the Kindergarten for pacing colts and geldings. Gingras drove the 8-5 favourite for trainer Nancy Takter.

Toscano and Edwin Quevedo both had training doubles.

With only one 15-1 shot during the sequence to knock out a majority of the players, the 20-cent Survivor Pick-7 returned $5,300.32 to one shrewd bettor.