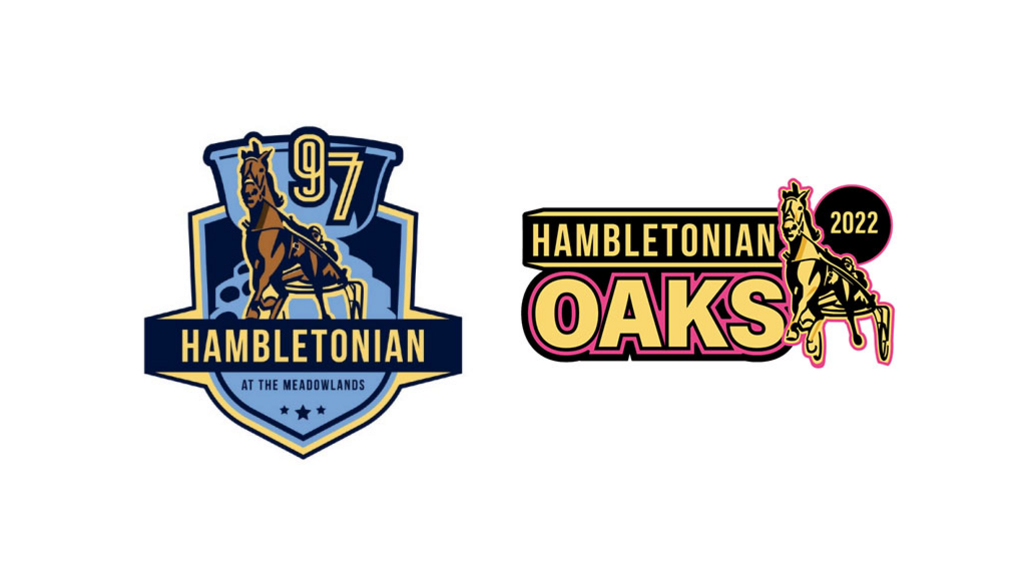 Since the inception of the Hambletonian Oaks in 1971 as the filly companion event to the Hambletonian Stakes for three-year-old trotters, two trainers — Jan Johnson and Jimmy Takter — have won both races on the same day.

Johnson accomplished the feat in 1988 with Nans Catch in the Oaks and Armbro Goal in the Hambletonian. Takter did it twice, first in 2014 with Lifetime Pursuit and Trixton, and again in 2015 with Wild Honey and Pinkman.

On Saturday at The Meadowlands, five trainers will have the opportunity to add their name to the list. Tony Alagna, Jim Campbell, Ake Svanstedt, Nancy Takter and Lucas Wallin each have at least one starter in both the $500,000 Hambletonian Oaks and $1 million Hambletonian. It is the highest number of trainers with a starter in both races this century, and perhaps in history.

Following is a brief look at each trainer’s hopefuls in the two classic races.

Fast As The Wind, who won the Goodtimes Stakes in June and last year’s Valley Victory Stakes and Kindergarten Classic Series championship, is 8-1 on the morning line in the Hambletonian. He was second to Hambletonian favourite Rebuff in his elimination after his only two off-the-board finishes in eight starts this year.

“We’ve been fighting some bloodwork issues with him, which we went through last year with him a little bit, but he was much better,” said Alagna, who won the 2020 Hambletonian with filly Ramona Hill. “I think he’s definitely on the improve.

“He’s grown up so much [from age two to three]. He’s really filled out. He’s a gorgeous animal. You can’t not appreciate what he looks like, that’s for sure.”

Pink Coco Chanel was unraced at two and competed in conditioned classes ahead of her Oaks elimination, where she finished third behind Warrawee Xenia and Fashion Schooner. She has hit the board in five of six starts, winning one. She is 12-1.

“I couldn’t be more proud of her,” Alagna said. “She just needed some time [last year]. She was just immature, mentally and physically. I think she will continue to get better the more we race her. She’s just playing catch-up a little bit trying to get the experience these other fillies have got.”

Cool Papa Bell has hit the board in 13 of 16 lifetime starts. He has six wins, with five coming in the New York Sire Stakes. He is 15-1 after finishing third behind Rebuff and Fast As The Wind in his elimination.

“I was real happy with the way he raced,” said Campbell, a Hambletonian winner with Tagliabue in 1995 and Oaks winner with Broadway Schooner in 2009. “He stalled a little bit around the last turn, but then he got going through the stretch and trotted home real good. Now we just have to hope for a good trip in the final.

“He’s just a real nice horse to be around. I’d take a barnful of him.”

Fashion Schooner, whose mom is Broadway Schooner, was limited to three starts at two after dealing with sickness. She is this year’s New Jersey Sire Stakes champion and won a division of the Delvin Miller Memorial. She finished second to late-closing Warrawee Xenia in her elimination and is 4-1 in the Oaks final after drawing post 10.

“I thought we had the race wrapped up and [Warrawee Xenia] came flying from out of nowhere,” Campbell said. “I wasn’t disappointed in her. I thought she put in a good race.

“You never know how good one is going to be, but she showed us enough last year where we thought that if everything worked right for her, she had the ability to do it. She has high speed, she’s good gaited, gets over the ground good and she’s got a good attitude. She likes to race.”

Jiggy Jog S, one of two fillies in the Hambletonian, won her elimination by a head over Temporal Hanover and a neck over the other filly, Joviality S. She has four wins, including the Zweig Memorial Main Event for three-year-old fillies and New York New York Mile, and two seconds this season. She has six victories in 17 career starts. She is 4-1 in the final.

“She raced good,” said Svanstedt, who won last year’s Hambletonian with Captain Corey and in 2017 with Perfect Spirit. “[Driver Dexter Dunn] said she won with a lot of power left also. He didn’t need to ask her nothing. She just did it herself. That was good. This was her most impressive race.”

Baptism, who has multiple victories on the Pennsylvania stakes circuit and won a Reynolds Memorial division in July, finished fifth in her Oaks elimination. She is 15-1 in the final.

“She needs a better trip to compete,” Svanstedt said. “She hadn’t raced in a long time, so maybe she can be sharper [in the final]. I’m happy she made the final. She can perform better.”

Keg Stand and Looks Like Moni both reached the Hambletonian final as fifth-place finishers. Keg Stand, who is 10-1, has two wins, both in the Pennsylvania Sire Stakes, in three starts this season while Looks Like Moni, who is 15-1, has a win in eight starts.

“I was super happy with [Keg Stand],” said Takter, who won the 2020 Oaks with Sorella. “He hasn’t raced in this type of competition before, so it was nice to see that he seemed to belong. He was full of trot finishing.

“He trained super all winter and qualified really well. I scoped him just to see how he was, and he had an [epiglottal] entrapment. So, we had to do entrapment surgery and it was a little complicated and took extra time. I didn’t think he was going to make the Hambletonian, but he earned his way there.

“[Looks Like Moni] is pretty versatile. He can leave, he can sit, so I think that’s his strong suit. He’s kind of handy, so that’s good.”

Selfie Queen and Mon Cheval both advanced to the Oaks final as fourth-place finishers. Selfie Queen, the Kentucky Championship Series winner last year and second-fastest two-year-old trotter of the season, has won five of 15 races lifetime and is 10-1. Mon Cheval, a five-time winner on the Pennsylvania stakes trail and a Tompkins-Geers division winner in July, is 15-1.

“I think definitely [Selfie Queen] should take a step forward with another start under her belt. It’s just a matter of her wanting to do her work next week,” Takter said. “That’s what it comes down to. She’s got the speed and the talent, she just needs to have it all come together at once.

“[Mon Cheval] raced good. [Driver Andrew McCarthy] said she had plenty of trot finishing, but he went to the inside and she was a little hesitant. There was no room to go to the outside and sometimes horses aren’t really used to passing on the inside and she just kind of took herself up a little bit. But I was very happy with her.”

Rebuff won his Hambletonian elimination and is the 9-5 favourite in the final. Manon finished fifth in her Oaks elimination, her only finish worse than second in seven starts this season. She has five victories.

“I think off a helmet, [Rebuff] is as fast as any trotter I’ve driven,” said driver Tim Tetrick, who won the Hambletonian in 2012 with Market Share and the Oaks in 2010 with Bar Slide and in 2007 with Danae. “On the front, he looks around and goofs off and waits for somebody to get to him. It’s looks deceiving, like he’s done, but he’s not even close to being done.”

Wallin commented on Manon: “We’re probably going to pull the shoes and put pop outs on her for the first time and also make some changes on the bridle [for the final]. We’ve been waiting for the right race and now we feel this is the right race to do it.”