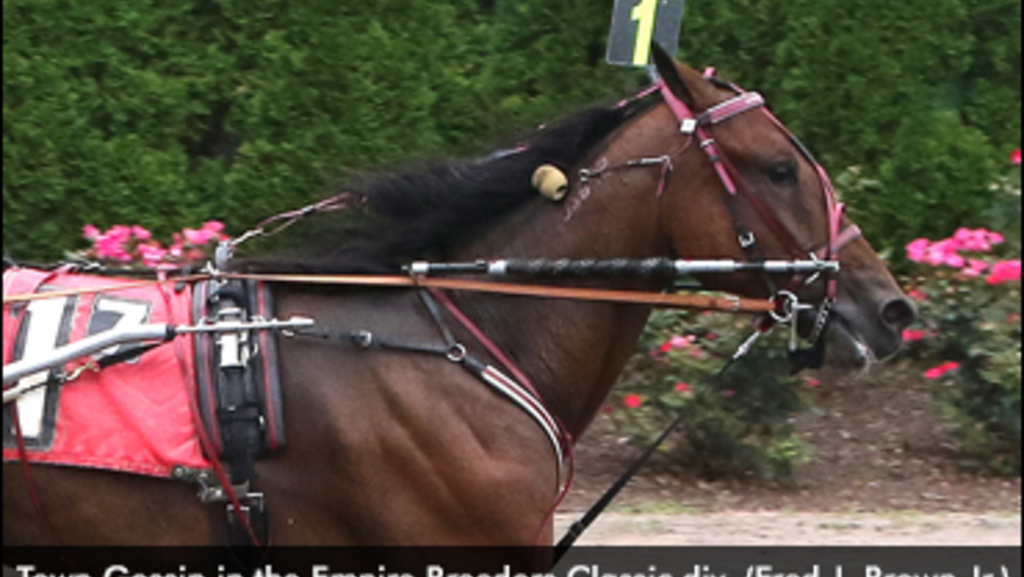 Ill Drink To That ($5.90) and driver David Miller wore down Natameri, with Matt Kakaley aboard, to capture the $104,000 first division of the EBC for colts and geldings.

Mullinax (Yannick Gingras) went to the front but was passed by King James Express (Jason Bartlett) just before hitting the first quarter in :29. He didn't last long on the lead though as Natameri took control with a lap to go. Natameri was first to the half in :54.2.

As they went down the backstretch, Ill Drink To That came flying first-over and took a short lead, hitting three-quarters in 1:22.1.

As they reached the stretch, the two pacers continued to battle. Natameri reclaimed the lead but Ill Drink To That kept coming and got by just before hitting the mile in a lifetime-best of 1:50.2. Natameri had to settle for second. Mullinax finished third.

Ill Drink To That is a gelding by American Ideal. He is trained by Chris Ryder for owners Craig Henderson, Lawrence Minowitz, Robert Mondillo, and Oompa’s Farm. The win was his fourth of the season from a dozen starts. He now owns five career victories.

Town Gossip went to the front and hit the first quarter in :27.1. American Courage (Matt Kakaley) took over as they went by the stands for the first time and led to the half in :54.2.

Southwind Petyr (Jason Bartlett) was first to make a move going first-over as they headed for the final turn. American Courage was still first to three-quarters in 1:22.

Town Gossip is a gelding by American Ideal. He is owned by Robert Weinstein and trained by Jenn Bongiorno. The win was his fifth this season from 12 starts and seventh career victory. 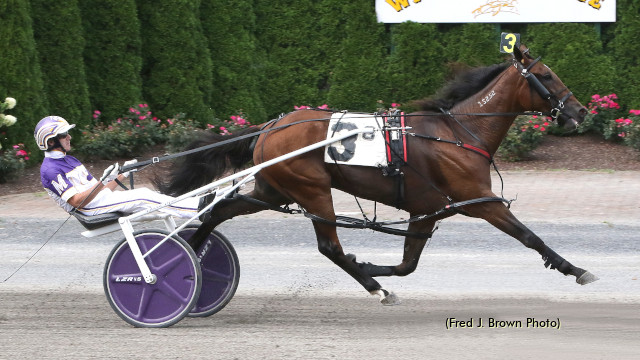 As they headed to the far turn, Test Of Faith popped out of the pocket and made her move. Heart Of Mine was still first to three-quarters in 1:23.3.

Test Of Faith is a filly by Art Major. She is trained by Brett Pelling for owners Melvin Segal, Kentuckiana Racing Stable, and Eddie Gran. The talented filly is seven-for-eight in 2021 and has 15 career victories in only 17 starts.

Live racing continues at Tioga on Friday starting at 6:15 p.m.