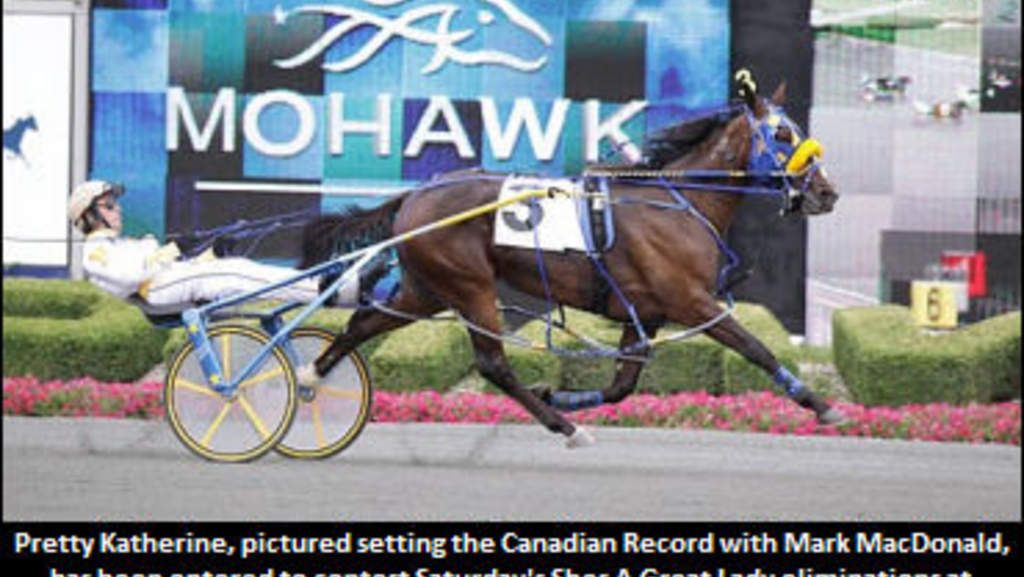 Headlining the $40,000 Metro elims is the local horse, Big Jim. The son of Western Ideal was a convincing winner in his division of the Nassagaweya Stakes where equalled his life's mark of 1:51.1.

After the race, driver Phil Hudon was very optimistic about Big Jim's chances in the Metro. "He did that very handily and he needed that start and needed the work to prepare for Saturday's Metro," Hudon told the Woodbine Entertainment Group Media Department.

"It looks like there are some real nice colts out there this year," Hudon said. "Bruce Saunders looks like he has a real nice colt, so I think there is a couple that look pretty good, but I'm not scared to face them by no means."

Trained by James 'Friday' Dean, Big Jim has career earnings of $85,825 for owner Jim Carr. He has drawn Post 7 in the first Metro elim.

Bruce Saunders' pupil Lookinforadventure will be looking to keep his four-race undefeated streak alive for his connections. The son of Rocknroll Hanover was a $85,000 yearling purchase, and his most recent victory came at the Meadowlands where he won his division of the Niatross in 1:51.3. Driven by John Campbell, Lookinforadventure has career earnings of $157,250 for owner Frank Bellino. He has drawn Post 7 in his division, as well.

Trainer Casie Coleman will be looking forward to the $35,000 Shes A Great Lady Stakes eliminations. Her trio of fillies -- Pretty Katherine, Idyllic and Mater Deo -- swept all three divisions of the Eternal Camnation Stakes for driver Mark MacDonald (to read MacDonald's comments on the fillies, click here).

Pretty Katherine was the most impressive of the three as she set a Canadian record for two-year-old filly pacers last night in 1:50.4 in just her third career start. Pretty Katherine has career earnings of $63,514 for owner John Liviakis. She has drawn Post 5 for her elim.

There were just 13 horses entered for this year's Canadian Pacing Derby, resulting in a solo elimination. Shark Gesture, Won The West and Vintage Master took byes to the final based on highest money earned.

The $50,000 Canadian Pacing Derby elim will go to post for Race 5. The top seven horses, plus the three horses who earned a bye, will compete in the lucrative final.

Hypnotic Blue Chip appears to be the dominate force in the elimination after his second-place effort in the $702,500 William R. Haughton Memorial, which was timed in 1:48.2 for driver Jody Jamieson.

The week before, Hypnotic Blue Chip defeated Shark Gesture to win his U.S Pacing Championship division in a World Record time of 1:47.2.

Trained by Kevin McDermott, Hypnotic Blue Chip has career earnings of $1,066,093 for owner Francis Azur. He has drawn Post 3 for the solo elim and Jody Jamieson will be doing the driving.

To view the entries for the Saturday card of racing from Mohawk, click here.