Canadians Clean Up At The Meadows 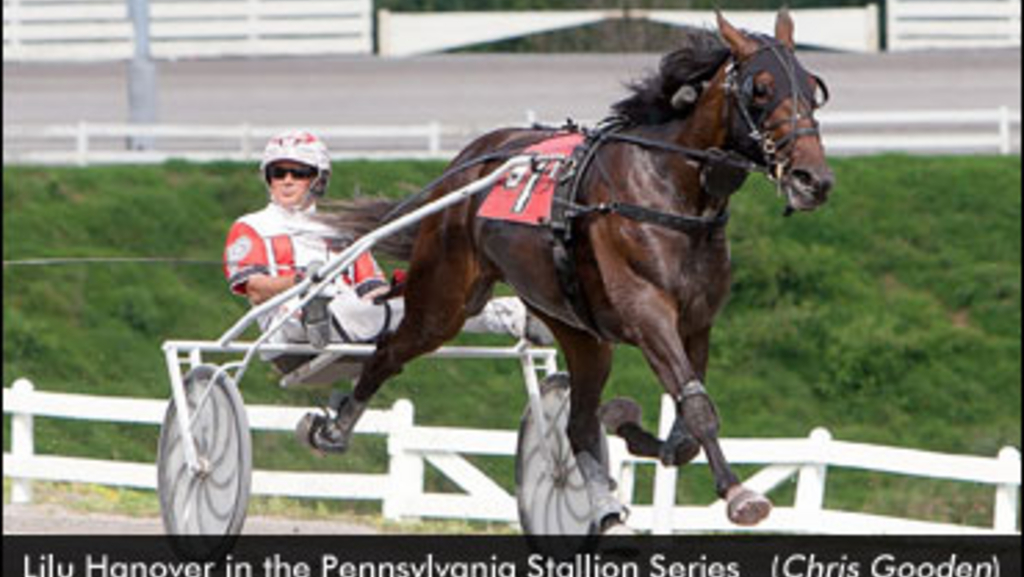 Canadian owners were prominent in Wednesday's $160,000 Pennsylvania Stallion Series at The Meadows, as six of the eight winning two-year-old filly trotters were shared in ownership by Canadians.

A five-race maiden entering the race, Lilu Hanover overpowered her field in the Pennsylvania Stallion Series, winning by nine and three-quarters lengths in the stake-record time of 1:55.2.

Lilu Hanover, who had been taking on top youngsters in such stakes as the Merrie Annabelle, devoured her stallion series competition, moving first over easily to gobble up the leader, Devoted, and draw off. Devoted held place, with Cantabulous Julie third. The time erased Nitro Nittany’s stake mark of 1:56.1.

“She shows that she made a couple mistakes, so we just wanted to keep her clear of trouble,” Palone said of the daughter of Andover Hall-Lady Luck Hanover. “She’s definitely a Grand Circuit filly. It will be interesting when she goes to Lexington and faces the top ones. I don’t think she’ll take a back seat to too many.”

Bright Baby Blues also dropped down a bit from PA Sires Stakes and enjoyed much the same result — a maiden-breaking score in 1:57 when the track still was rated “good” before its upgrade later in the card. Wouldnt Itbesweet was three lengths back in second, with Party Right Now third. Bright Baby Blues finished with a tire that leaked most of its air during the race.

“She had to come first up and do the dirty work, but I never pulled the plugs,” said winning driver Mike Wilder. “What a nice filly — straight as a string and perfect.”

Aarena Hanover hadn’t been on the lead at any point in the four previous starts of her career, but Scott Zeron quickly changed that when he gunned her to the front. She prevailed without a challenge in 1:57.4, two and three-quarter lengths better than Donato Babe. Reds Winner earned show.

“Nifty’s style is, for a main portion of the beginning of the year, to make sure they don’t get rowdy and warm, so he likes to race them off the pace,” Zeron said. “His assistant trainer today told me: ‘This horse is smart now; do whatever you want out there.’ I pulled her plugs just to get her attention down the lane, but she was real strong going across the wire.”

Toronto's John Fielding and the New York-based J&T Silva Stables own the daughter of Donato Hanover-Angel Pie. Fielding also co-owns homebred filly Sarcy, who broke her maiden in 1:56.3, with his brother Jim and Takter's wife Christina of New Jersey.

Elsewhere on the card, Ma Chere Hall moved first over in a $15,000 Filly & Mare Winners Over $10,000 Life Trot to score in 1:53.1, fastest ever by a four-year-old mare at The Meadows. Prismatica was second, four and a quarter lengths in arrears, with Dizzy Rizzy third.

Zeron, who drove three winners on the 16-race card, piloted for trainer Jonas Czernyson and owners Walnut Hall Limited, Aldebaran Park Inc. and Joe Sbrocco, The victory was the first in nine tries this year for the four-year-old daughter of Deweycheatumnhowe-Margarita Hall, who banked $506,869 at three.

Live racing at The Meadows resumes Friday, when the card features the Delmonica Hanover, a $234,584 PA Sires Stake for freshman filly trotters. First post is 6:55 p.m.