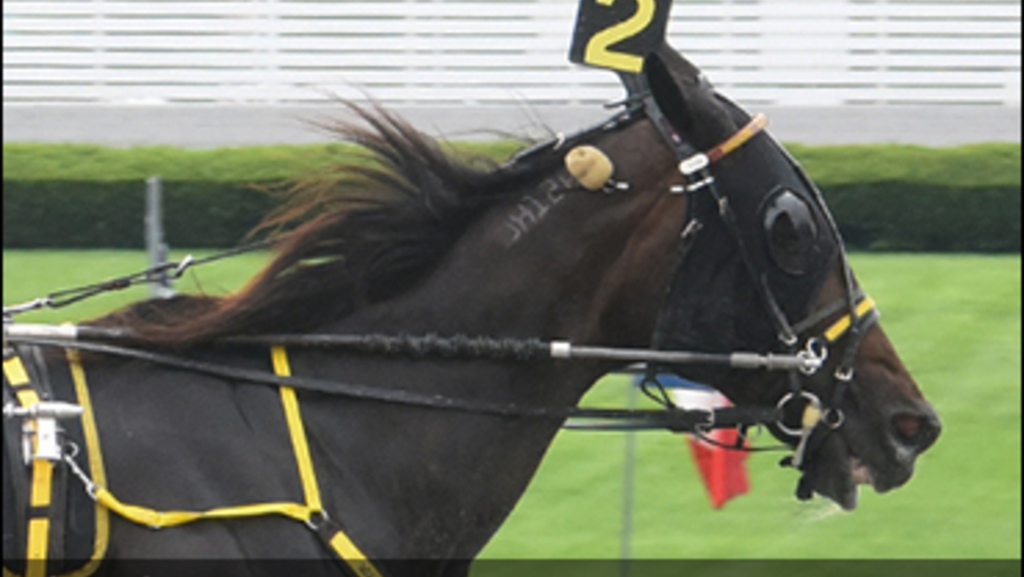 The weekly trotting feature went at the flat mile, the 11th of 12 races and well after the four added-distance races sent to a French simulcast audience.

Generously assigned post position 2, Obrigado worked around pole-sitting Dewycolorintheline (Ray Schnittker) as outside number In Secret (George Brennan) hurdled his six foes and made the lead.

After early intervals of :27.1 and :56.1, Such an Angel (Brent Holland) tried it first-up from fourth. The bid was both brief and poor, with In Secret finding a 1:24.3 three-quarters.

He took a 1-1/2 length lead into the lane, but Obrigado was lurking. That one edged out and edged away, prevailing by three-quarters of a length in 1:55. Charmed Life (Steve Smith) overcame a weak tow to grab second, with In Secret, Andy Ray (Jason Bartlett) and Dewycolorintheline rounding out the payees.

For Obrigado, an eight-year-old Boy Band gelding co-owned by trainer Paul Kelley with Linwood Higgins, S R F Stable & Stable 45, it was his second win in five seasonal starts (career 44-for-90, earnings over $1.76 million). The exacta paid $38, the triple returned $244 and the superfecta paid $542.

The next Sunday matinee is Aug. 26 (post time TBA).