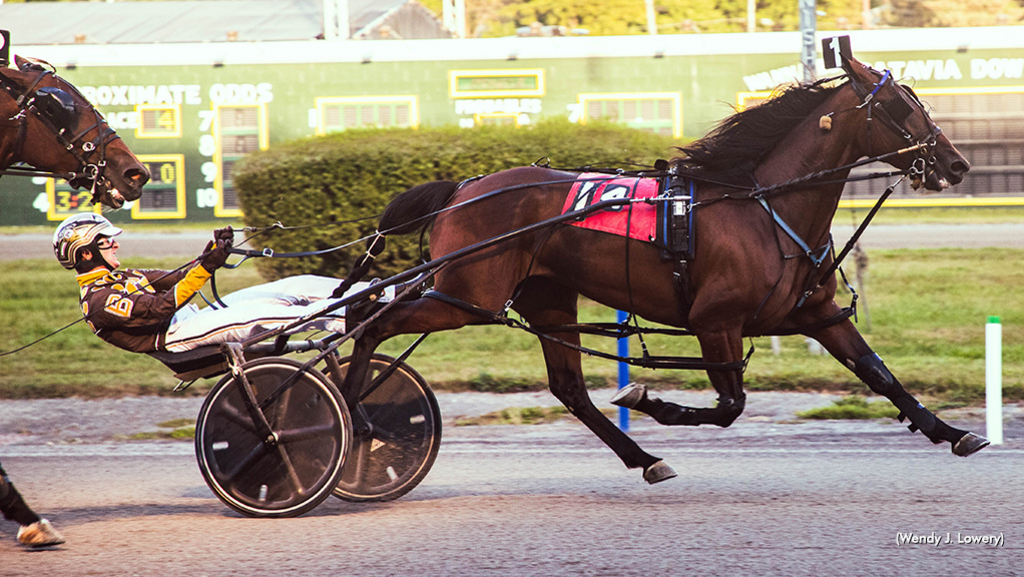 Two $57,000 divisions of the New York Sire Stakes for three-year-old pacing fillies were on tap on Wednesday (Aug. 17) at Batavia Downs, and 10 of the state's best bred female side-wheelers were on hand to compete for their share of it.

In the first division, Patsville (Hunstville-Major Master Piece) had her own way, going gate to wire in handy fashion.

Patsville took control of the race after Two Proud made a break in turn one after trying to leave. With Wine N Dine Me and Kele Kele following intently, Patsville cut quarters of :28.3 and :57.4 before anyone made a forward attempt.

Motoring up the backside, Kele Kele pulled from third and made her way to second on the outside as they were moving past three-quarters. But that challenge fell through when she made a break in the last turn. That left only Wine Me Dinner Me to catch the leader and she couldn't, as Patsville closed the mile on top by a length in 1:53.3.

Patsville boosted her earnings to $130,229 this year on the strength of her third victory for owners William C. De Long and William P. De Long. John Butenschoen trains Patsville, who was bred by Ross Bonafield. Tyler Buter sat behind the $9.10 winner.

Later in the second split, Gotthegreenlight (American Ideal-Bet On Luck) held off a late rush to claim her fifth win in her last six starts.

Gotthegreenlight out-left Lee Loo, grabbed the lead and then hit the brakes to control the pace. Bartlett took the group to the quarter in :28.4 and the half in :58.1 and even then, no right lines were pulled. As they moved onto the second circuit, Gotthegreenlight had a two-length lead and finally A Girl That Twirls tipped out from third and started to advance, forcing a :28 third panel. 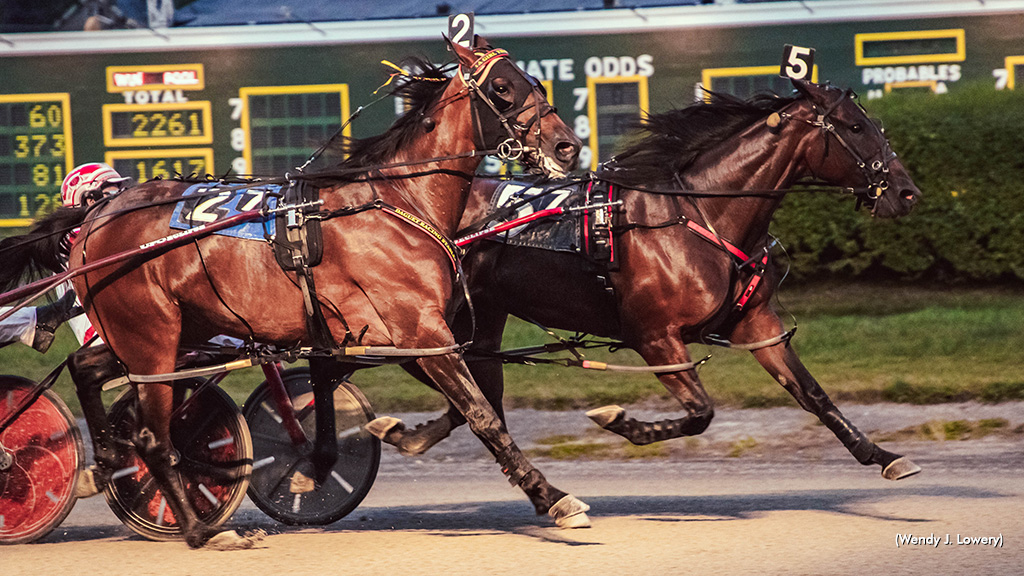 Gotthegreenlight has now amassed $208,131 this year for owners Patricia Stable and Kovach Stable. "Nifty" Norman trains the filly that was bred by Stephen P. Day. Jason Bartlett drove the $2.20 winner.

Bartlett ended the night with two wins on the card.