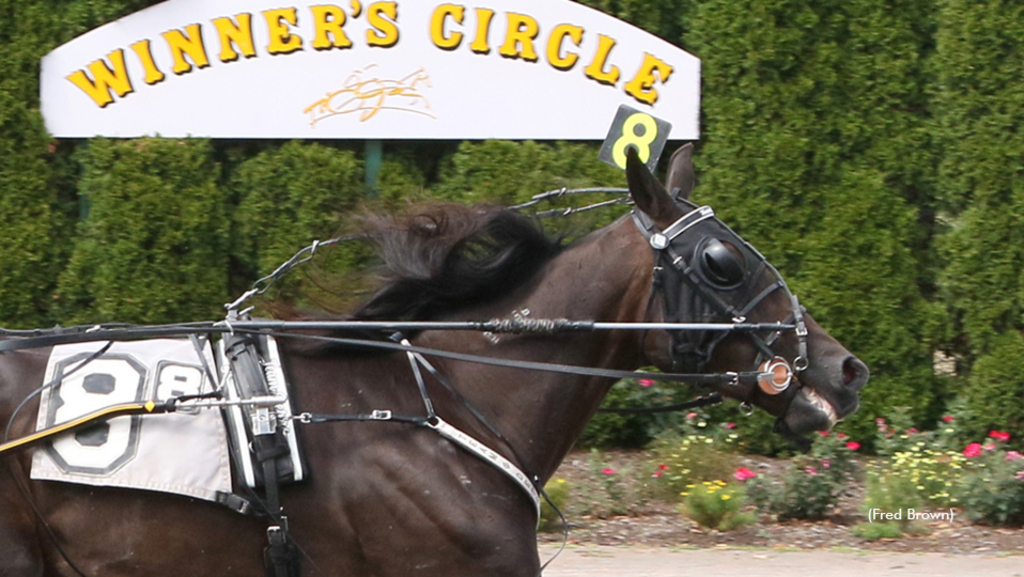 J B Mauney N (Mike Merton) went straight to the front but Natameri (Mike Simons) took over just before hitting the first quarter in :27.  J B Mauney N then popped the pocket and reclaimed the lead with a circuit to go.  He led to the half in :56 and held a short lead at three-quarters in 1:23.2 as Get Lit (Jim Taggert Jr.) came first-up to challenge. As they made the turn for home, Prairie Panther came flying three-wide down the lane and blew right on by to win easily in 1:51.4.  Machiatto A (Jacob Cutting) made a late move to finish second, 1-3/4 lengths behind the winner, while Get Lit finished third.

Prairie Panther is an eight-year-old gelding by Royel Millennium.  He is owned by Joel Warner and trainer Mike Deters.  A career winner of 58 races, he has won half of his 22 starts this year.

Hennessey drove three winners on the card.  Braxten Boyd and Brandon Parker each had driving doubles.  John Hallett and Mike Watson led all trainers with two wins a piece during the afternoon.