Rookies Shine In The Slop 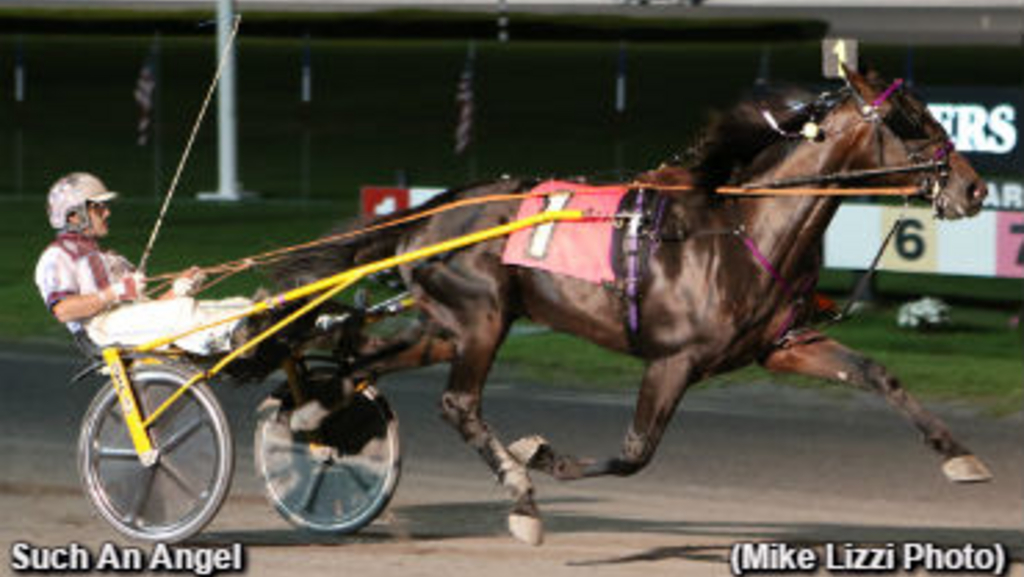 A set of $75,112 divisions of the Milt Taylor Trot for two-year-old colts and geldings went postward Friday evening at Yonkers Raceway, and the rookies were forced to deal with a sloppy surface.

The moisture didn’t compromise the favourites, as Devious Man (Brian Sears, $2.20, part of entry) and Such An Angel (John Campbell, $2.70) both brought home the mail.

Devious Man, leaving from post position six and operating from second-over, whipped a pocketed Neon Lights (Jason Bartlett) by three-quarters of a length in 1:59. Royal Casanova (Campbell) led to the lane (:29.4, 1:00, 1:29.3) before fading to third.

For Devious Man, a Credit Winner colt co-owned (as part of Stroy Inc) and trained by Julie Miller, it was his second win in six seasonal starts.

“You can drive him same was as a rental car,” Ms. Miller said. “He just has a lot of spunk and energy.”

For Such An Angel, a son of Credit Winner trained by Paul Kelley for co-owners Sam Caruso, Jr. and Purple Haze Stables, he’s now 4-for-5 this season.

“He a really professional colt,” Campbell said. “Done everything I’ve asked so far.”