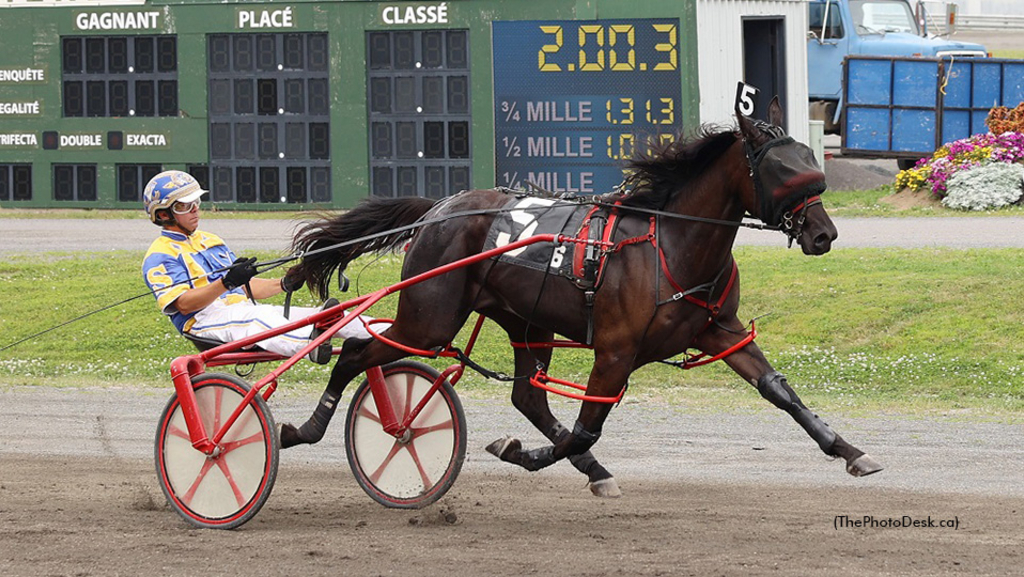 This Friday (Aug. 12) at Hippodrome 3R, there will be a special 15-race program starting at 4 p.m. and featuring seven stakes races.

There are three legs in each division and in order for a horse to make the $55,000 finals on Sept. 12, each of the eight finalists must have competed in at least two of the three legs.

The pacing fillies start off in the $6,500 sixth race where undefeated Godiva Shadow Girl drew the inside post for driver Robert Shepherd and trainer Lyne Asselin. In the opening round of the series, Godiva Shadow Girl took her current lifetime mark of 2:01.1 and now seeks her fourth straight win.

The final $6,500 division for fillies, Race 13, features Pocahontas Du Lac in post seven for trainer Francis Richard with Pierre-Luc Roy driving for his brother, breeder and co-owner Louis-Philippe Roy. She won her first start in the series in 2:02.

The pacing colts get underway in their $7,500 fourth race first division where all of the starters are still pari-mutuel maidens. Maximus BG (Post 1) and Albert Alpha (Post 2) are the two favourites.

In the $7,500 eighth race second division, 2-1 morning line favourite Little Diamond will start from post three for driver William Roy and trainer Guy Roy. Little Diamond has won his last two starts, including his fastest mile in 2:01.1 at 3R and an opening round division of the series.

The two-year-old trotting colts race for $10,000 in the fifth race with nine starters. C Un Bon Deal is the co-favourite from Post 4 for driver Francis Picard and trainer Andreane Lapierre coming off an impressive 2:02.4 win in his last start. His entrymate, Illusioniste Gale, will start from Post 2 with Jerome Lombart driving. Also in the race is Denitza Petrova's opening round winner Kinnder Thinktwice (Post 7) for driver Stephane Brosseau and another contender is the Dany Fontaine-trained Auguste from Post 8 with Pascal Berube in the sulky.

The two-year-old trotting fillies are featured in the ninth race for a purse of $10,000. The opening round winner Kenogami Courage was not entered, so the race is wide open and features the Sylvain Tremblay stable's Apocalypse Alpha from Post 1 and Luc Blais trainee Duende in Post 3 going for their maiden victories. Pascal Berube will drive the former and Samuel Fillion takes the reins on the latter filly.