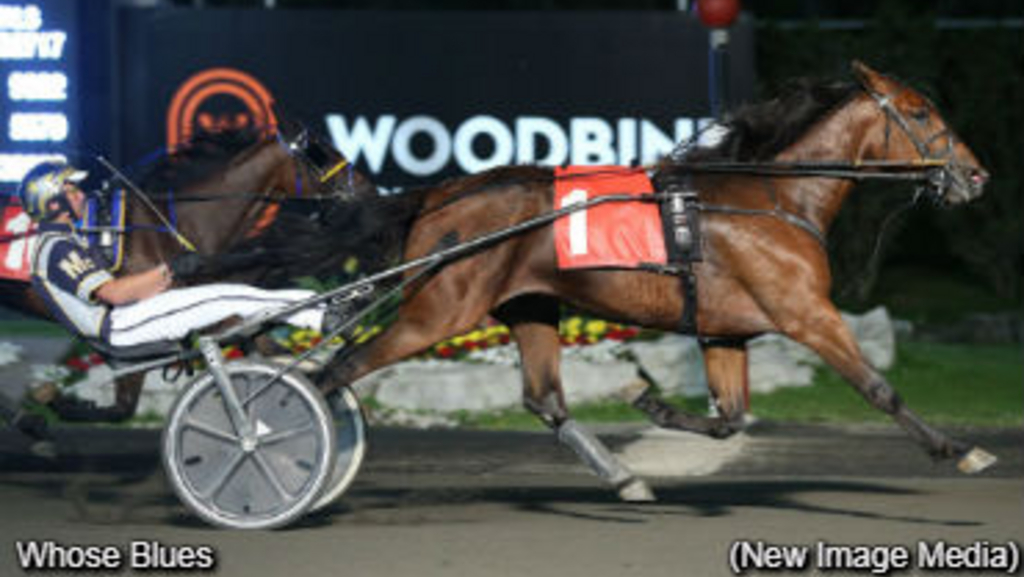 Two-year-old trotters found themselves in the spotlight Thursday evening at Woodbine Mohawk Park, as the Campbellville, Ont. oval hosted opening round action of the Define The World Series and the Pure Ivory Series.

The boys were up first in a $15,000 division of the Define The World Series, and Horse Trader roared away from the competition late en route to a 1:56.3 triumph for the tandem of driver Trevor Henry and trainer Paul Walker.

Sent off at odds of 4-1, Horse Trader improved his rookie record to 2-0-1 from four tries for owner/breeder Oaklea Farm Inc of Simcoe, Ont. The homebred has potted over $30,000 to date.

Whose Blues made a big move in the backstretch for driver Bob McClure and used that move to propel her to a 1:57.2 triumph in the $15,000 division of the Pure Ivory Series for fillies.

Luc Blais trains the filly for Determination of Montreal, QC. The $300,000 purchase from last year’s Lexington Select Yearling Sale is now 2-for-2 to start her career.

The victory was one of three on the card for trainer Luc Blais and owner Determination. They also triumphed with Lus Illusion (1:53) and Champagne Jane (1:55.2).