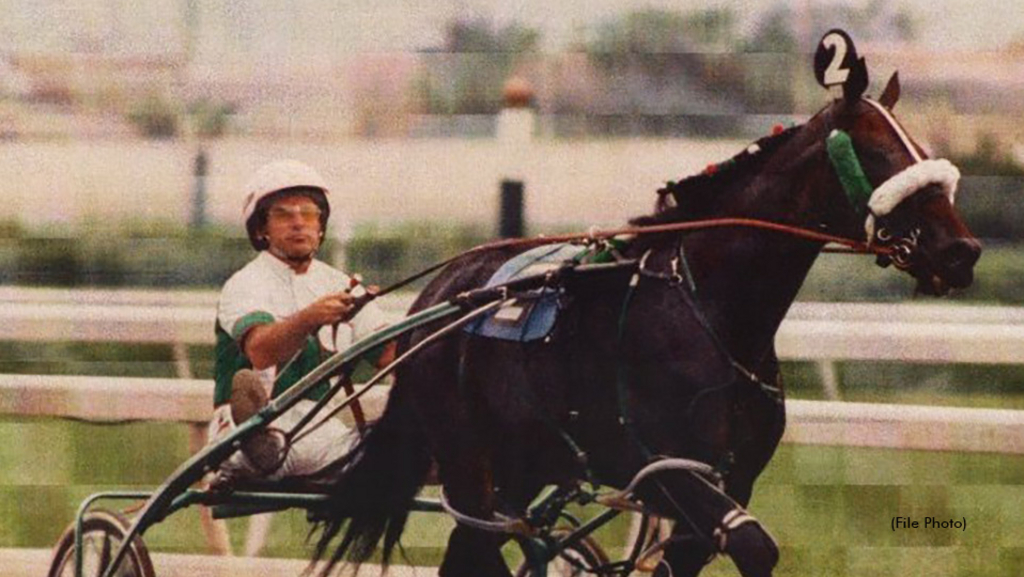 The Hall of Fame Screening Committee of the United States Harness Writers Association (USHWA), after meeting with a select group of Harness Racing Museum Trustees, has announced that Lucien Fontaine has been elected to the Harness Racing Hall of Fame, through a Veterans designation, and that Frank Antonacci and Per Eriksson would be the Hall of Fame ballot candidates for this summer’s election.

Fontaine becomes a direct member of the Hall of Fame through the Veterans provision, which permits the Screening Committee to make a direct assignment of a person 70 years of age or older who has made a truly notable contribution to harness racing.

Lucien “Loosh” Fontaine was a successful horseman and an innovator in helping improve the lot of his fellow horsemen. Fontaine began his career in his native Quebec as a groom for the legendary Keith Waples, then emigrated to the United States and worked for Clint Hodgins at the time of Bye Bye Byrd’s ascendancy. He then took the step of becoming solely a catch-driver for other trainers, in an era some 60 years ago when “trainer/driver” was almost thought of as one word.

Fontaine prospered on the toughest circuit of all in that era, the Roosevelt/Yonkers wheel in New York City, for many years. In 1986, he worked with a special horse in Forrest Skipper, that season’s U.S. Horse of the Year who travelled from coast-to-coast and went undefeated in 15 starts. Fontaine had to retire from driving at age 49 due to open heart surgery, but still he had amassed 3,458 driving wins, and the horses he drove had earned $21,236,952.

Perhaps not as well-known, but making a major impact behind the scenes, are Fontaine’s many contributions that secured and helped his fellow horsemen and racing, certainly Standardbred racing but also reaching over to the Thoroughbred side. Fontaine served as Vice President of the National Association of Harness Drivers, and on the Board of Directors of the New York Standardbred Owners Association (SOANY) and the Rules Committee of the New York State Racing Commission. He was an early advocate and then “pointman” for pre-race testing for both the New York racing breeds; the five per cent “drivers commission” being taken out by the track and reserved just for the driver (borrowing from Thoroughbred jockey practice); and longterm insurance and pensions for horsemen.

Antonacci and Eriksson will go before the Hall of Fame voters, who are made up of eligible members of USHWA and all members of the Hall Of Fame, this summer; if they secure 75 per cent of the yes-no votes of the electorate, they will join Fontaine as inductees to the Hall next summer. Also on the summer ballot will be Communicators Hall Of Fame candidates Bob Roberts and Ken Warkentin, to be voted on by USHWA.

Frank Gerald Antonacci, known as “Frank The Elder,” has carried on the tradition established by family members and Hall Of Famers Guy “Sonny” Antonacci and “Big Frank” Antonacci with the Crown Stables, the latter making its mark initially with the likes of Lindys Pride and Speedy Crown, and today primarily with Lindy Farms, the 2021 Stan Bergstein/Proximity Award winner, the highest honour solely voted on by USHWA, and the 2020 Service To Youth Award from the Harness Horse Youth Foundation.

Frank and his brother Jerry, through their management of Lindy Farms, have made its impact felt in all areas of the sport. As owner, Lindy Farms horses include Hall Of Fame horses Moni Maker and Cantab Hall, five other seasonal champions, three Hambletonian winners and several Breeders Crowns wearers. The Antonacci/Lindy connections have bred or owned nine millionaire racehorses.

Lindy has been associated with such premier stallions as Lindy Lane, Cantab Hall, Crazed, International Moni and Walner, the latter two, the most recent of their studs, being part of a development of cross-Atlantic breeding the operation had pioneered in the 1990s.

Antonacci has served as a director of the Hambletonian Society since 1993 and a trustee of the Harness Racing Museum and Hall of Fame since 2011; he also was a director of the U.S. Trotting Association for 19 years. Many of the next generations of Antonaccis are in the sport, some working in programs designed to help those really in need of several types of personal support.

Per Eriksson made his mark in the highest reaches of the sport as a very young trainer after coming to North America from his native Sweden. His talents as a caretaker and assistant trainer quickly identified him as a developing master horseman, and by the age of 32, Eriksson had already trained three horses to success in the biggest North American trotting race, the Hambletonian: Prakas (his “foundation horse” at age 24), Giant Victory and Alf Palema. He also won such important races as five Breeders Crowns, two Kentucky Futurities, four World Trotting Derbys and a Yonkers Trot with such champions as Credit Winner, Lookout Victory, Bullville Victory and Tejano, as well as “revitalizing” Davidia Hanover, a champion early in her career whom Eriksson helped bring back to form by introducing the then-“European practice” of continually going long jogging sessions to cart, helping to restore his confidence.

At age 39, Eriksson then decided to transfer his mercurial North American success back to his native Sweden, with his family supporting him. He has worked as a successful trainer in Scandinavia since, surfacing with such horses as Royal Fighter, an Elitlopp competitor and heat winner in 2018. But his 20-year rapid rise to the pinnacle of North American trotting success, showing the care and craftsmanship of veterans nearly twice his age, remains his signal accomplishment.