All Tiger N Poised For A Sweep 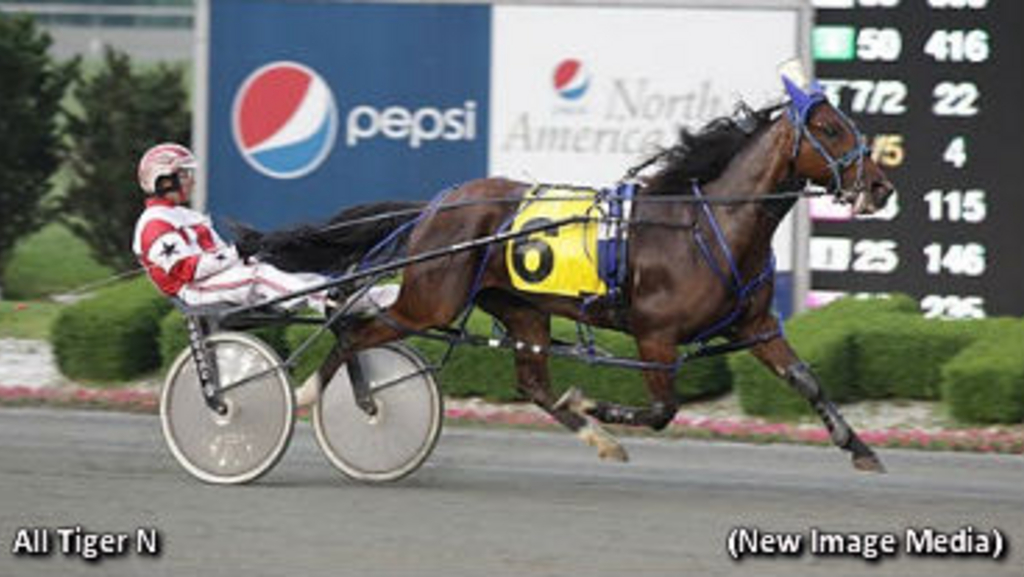 All Tiger N clearly is the horse to beat when he lines up behind the gate in the $60,000 Beat The Heat Pacing Series final on Saturday, July 9 at Mohawk Racetrack

The seven-year-old New Zealand-bred son of Christian Cullen-Tiger Turner stopped the teletimer in 1:49.1 in both of the preliminary legs, winning by 10 lengths in the first leg and then scoring by 4-1/2 lengths in leg two.

“I don’t see any other horse really peaking at this time, so I think my horse will be tough to beat,” said driver Luc Ouellette. “He doesn’t know the end of the mile. He was strong at the finish line in both his 1:49.1 efforts.”

Both victories were scored in gate-to-wire fashion, but the veteran driver believes the 20-time winner can come from behind if he has to.

“I think he’s better off a helmet, but I’ve been putting him on the lead and keeping him out of trouble.”

After having surgery last fall, Ouellette believes that was a big turning point for All Tiger N this season.

“He had surgery on his pallet last season due to breathing issues and he’s really come around. I think that’s the key point to his success this year.”

With career earnings of $275,963, All Tiger N will start from the second tier in post twelve for trainer Isaac Waxman and owner Brenda Selwyn Waxman.