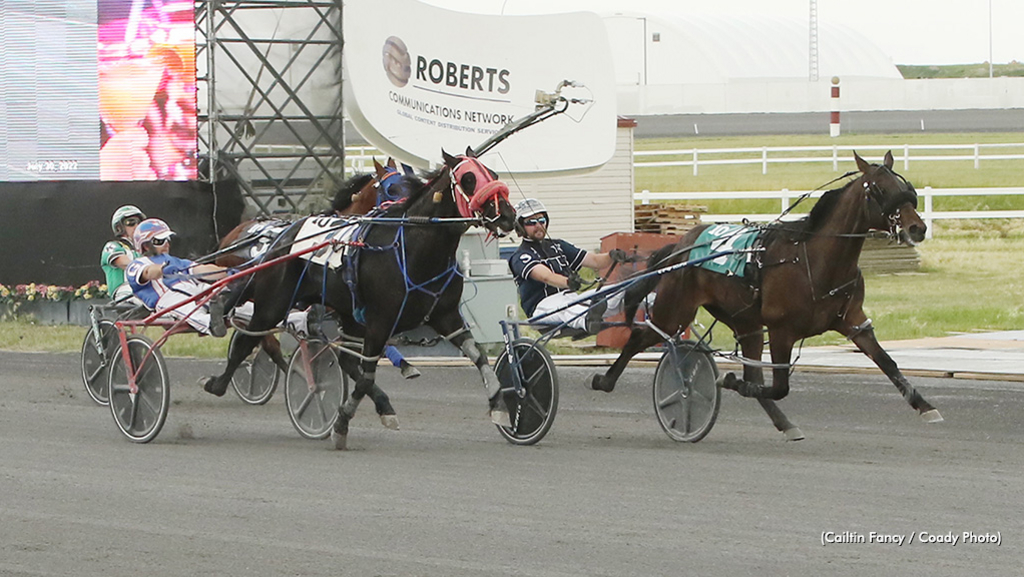 Trainer-driver Nate Sobey sent Reach Out for the lead and led every step to pull a 37-1 upset in the second of two $10,000 eliminations for the Century Casinos Pace on Saturday (July 30) at Century Downs.

Sobey secured the top with the Custard The Dragon gelding to a :29.3 first quarter and faced a first-over challenge from Rarebuilt through a 1:00.4 half and to three-quarters in 1:30.1. Rarebuilt retreated off the final turn, leaving HF Pans Shadow with room to pop from the pocket and take aim at the pacesetter late. Reach Out kept a neck out in the stretch battle to win in 1:59.3. Virtual Horizon finished third with Rarebuilt fading to fourth and Lumber Baron taking fifth.

Paying $77.90 to win, Reach Out won at first asking for owner-breeders Kurt and Kathy Schmidt and co-owner Nate Sobey. He has earned $5,000.

Ponder No Longer lunged off cover in the other Century Casinos elimination to win in 1:58.1. The Smart Shark gelding raced fifth as Handsome Dan took the lead after a :29 first quarter and strolled through middle fractions of :59.4 and 1:29.4. Driver Phil Giesbrecht pulled Ponder No Longer to race second over to the final turn and loomed menacingly off the turn before pouncing and sliding to a 2-3/4-length win over first-over Over The Horizon. Handsome Dan faded to third with Refuelled and The Dickens rounding the top five. 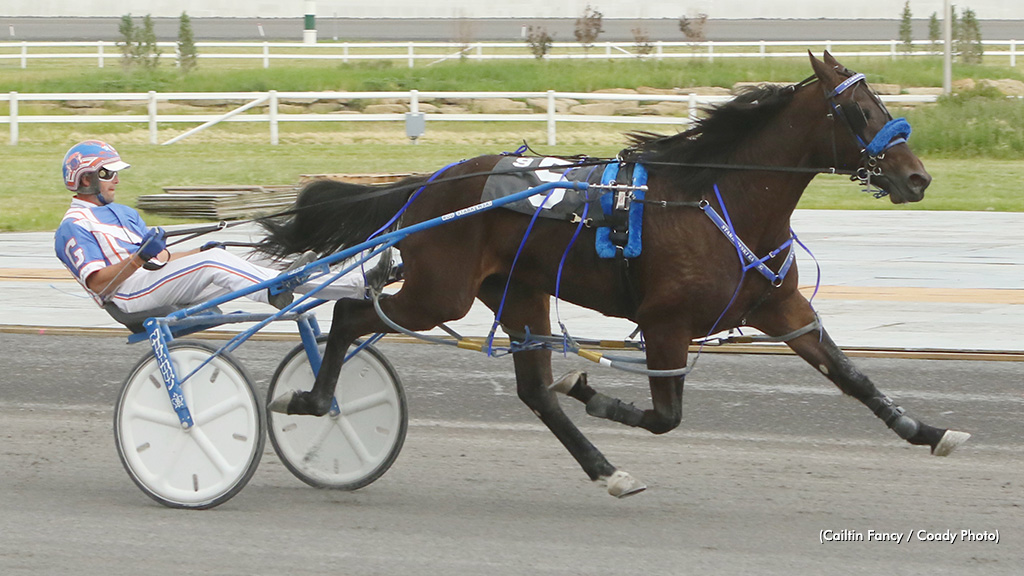 The co-feature to the Century Casinos pace, the ASHA Filly Pace, had two eliminations earlier on the card with Captivatethecrowd cruising off cover to win in 1:59.1. Trainer-driver Jamie Gray sat fifth with the Captive Audience filly through fractions of :27.4 and :57.4 until Nonversation pulled first over to attack pacesetter Missionized up the backside. Nonversation seized the lead to three-quarters in 1:28.3 and spun for home unable to withstand a late charge from Captivatetheaudience as the fresh-legged filly edged to a three-quarter length victory at the finish. Waitinonawoman finished third with Missionized and Miss Mooshine rounding the top five. 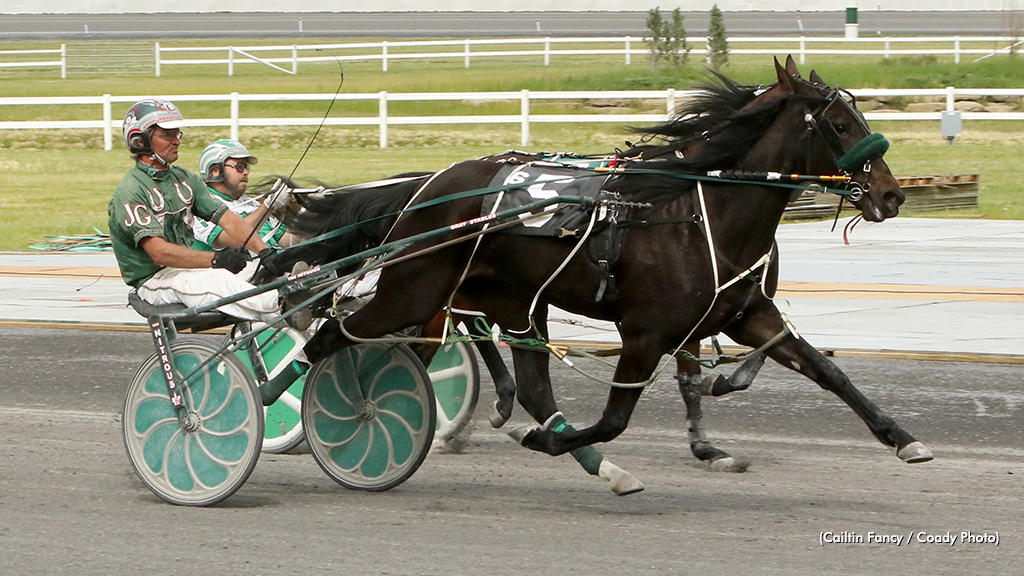 Captivatethecrowd, a homebred for Jamie Gray and Neil Malloch co-owned by Aaron Malkin, won her first race from two starts and has now earned $6,110. She paid $15.20 to win.

Brandon Campbell took the other ASHA elimination steering his trainee Promise Kept to a 1:56.3 victory. Campbell settled the Custard The Dragon filly while Handcuffed sped on a loose lead through first-half fractions of :28.1 and :57.1. As Handcuffed tired up the backside, Campbell sent Promise Kept off the cones and looped to the lead past three-quarters in 1:26.4 to then hold off second-over Tigrande to win by three-quarter lengths. Pocket-sitter Dear John Im Gone finished third while Handcuffed settled for fourth and Cora Cora Cora closed for fifth. 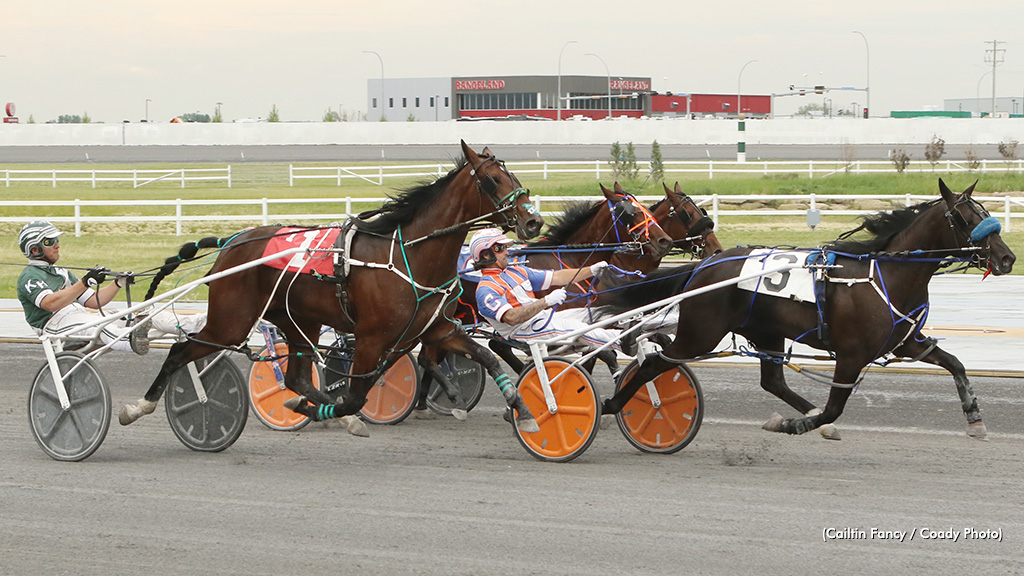 Promise Kept competes for owners Jodi Loftus, George Rogers and Raymond Henry. She broke her maiden at first asking to cash a $5,000 cheque while returning $4.20 to win.

Shark Week shot off a stalking trip to win a $13,500 Preferred Pace earlier in the card. Driver Mike Hennessy sat at the cones with the four-year-old Vertical Horizon stallion as Tiempo Hanover led through early fractions of :27.4 and :56.3 before being confronted by Samba Beat to three-quarters in 1:24.1. Samba Beat grabbed the lead as Tiempo Hanover folded while Icy Blue Scooter moved three wide for the drive and Shark Week sprung into action. Despite broken equipment, the Rod Hennessy trainee rallied from fourth to put a neck in front at the finish of a 1:53 mile over Icy Blue Scooter. Samba Beat finished third and Tiempo Hanover settled for fourth. 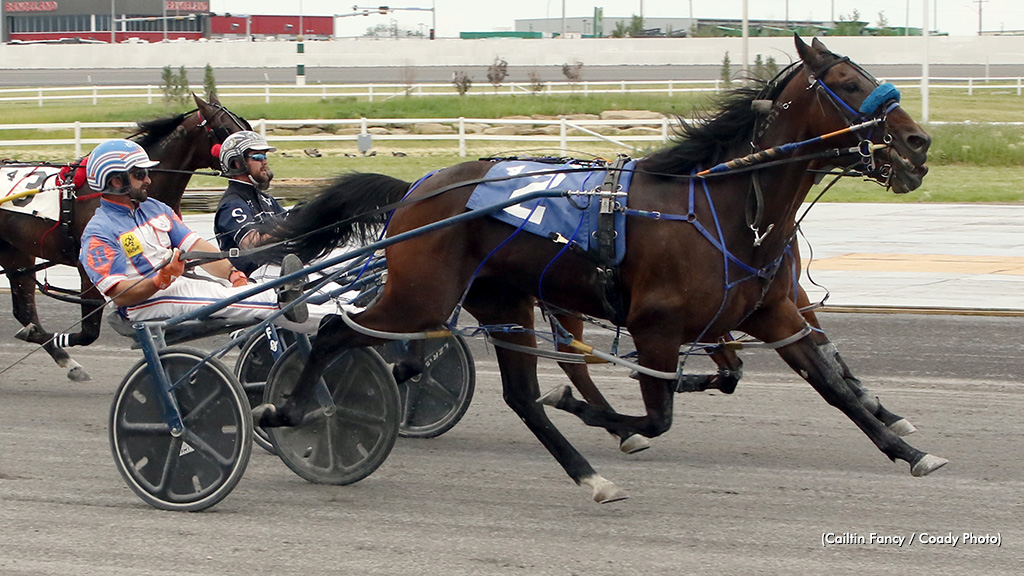 Senga Nightmare applied similar late-legged tactics to land a narrow win in the $13,500 Fillies and Mares Preferred Pace. Owner-trainer-driver Ryan Grundy raced patiently from the back as Mrs Suhwiggins and If Only Id Known sparred for the front through swift splits of :26.1, :54 and 1:23.1. The top duo tired coming for home with the field stacking in behind and Senga Nightmare charging with the most momentum, putting a nose in front of favourite Stash The Cookies to win in 1:53.1. Mrs Suhwiggins held third from the battle of attrition while Betcha Baby took fourth. 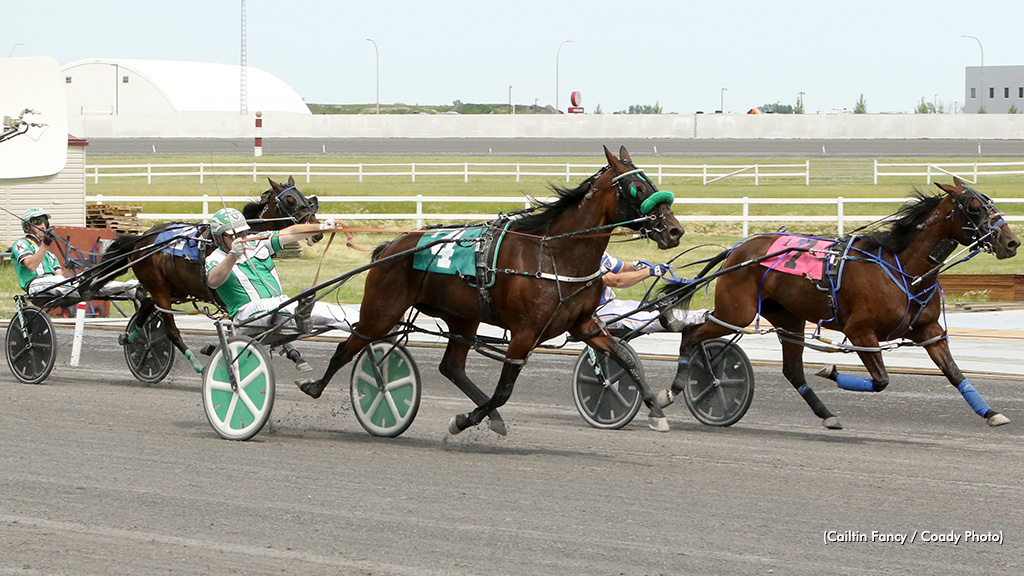 A group of three-year-olds also competed on the card in a $10,500 Open event won by J. F. Gagne pupil Ernesto Delacruz. The Vertical Horizon gelding rushed from last after Lets Tie One On set a solid clip of :28.1, :55.4 and 1:24.3 on the point. Stung from the hot pace turning for home, Lets Tie One On simply chased as Gagne darted past with Ernesto Delacruz off cover to win by 2-1/4 lengths. Pocket-sitter Vegas Gambler finished third and Joe Rich faded to fourth. 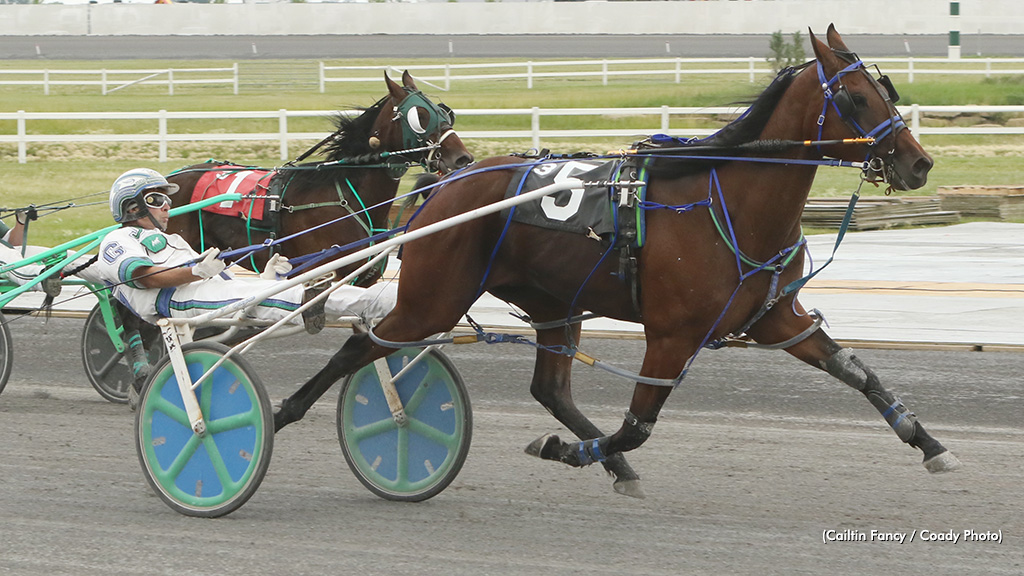