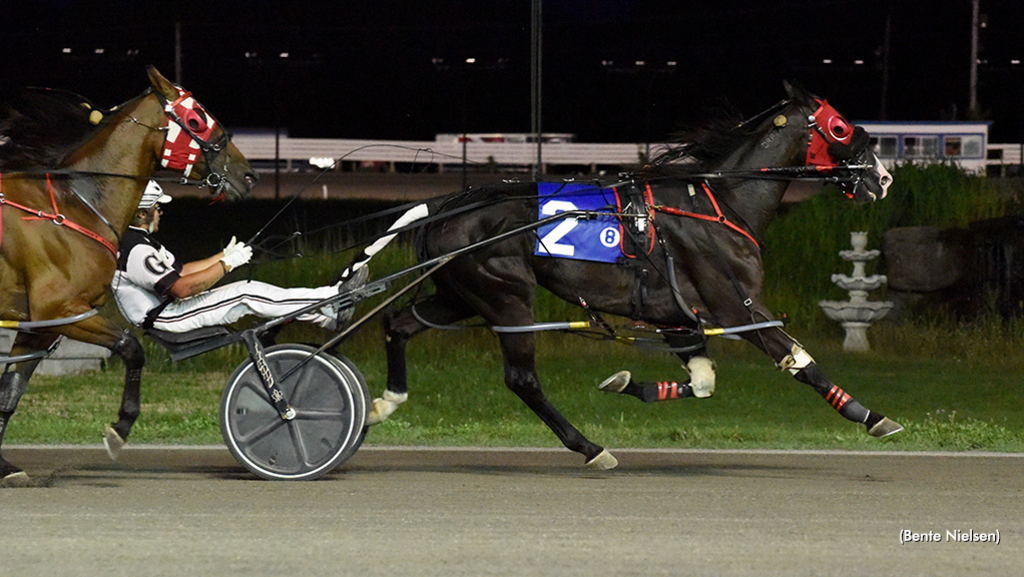 Trainer Victor Puddy hit a grand slam on the 10-race card at Rideau Carleton Raceway on Sunday night (July 31), winning four races including in the featured $10,500 Preferred Handicap Pace with Day Delight. Driver Jimmy Gagnon guided all four of those horses to victory for Puddy plus Dreamfair Tecate for trainer / owner Gary McDonald to notch a driving five-bagger.

Day Delight settled in fourth to a :26.3 first quarter set by St Lads Cash. Lovemyrockinbird soon vacated the pocket to take the lead before stablemate Day Delight brushed to the lead heading to a :55 half. Major Hill led the two-wide advance up the backside, but stalled in the sprint to three-quarters in 1:22.4. Day Delight kept the competition in arrears coming for home, strolling to a 1-1/4-length win over Lovemyrockinbird while 7-5 favourite The Light Speed swept from second over for third.

A five-year-old gelding by Bettors Delight, Day Delight won his sixth race from 29 starts this season and his 17th from 85 overall and has now banked $175,525. He competes for owners Bill Manes, Lloyd Stone, 10462217 Canada Inc. and Wayne Mac Rae.

Puddy and Gagnon’s other winners came earlier in the card. They started with Howmac Victor ($8.50) in the opener and returned to the winner’s circle two races later with Bayfield Beach ($4.80) and later snagged their third win together thanks to Giddy Up Max ($13) before taking the evening’s feature.

Not bad for a rookie.