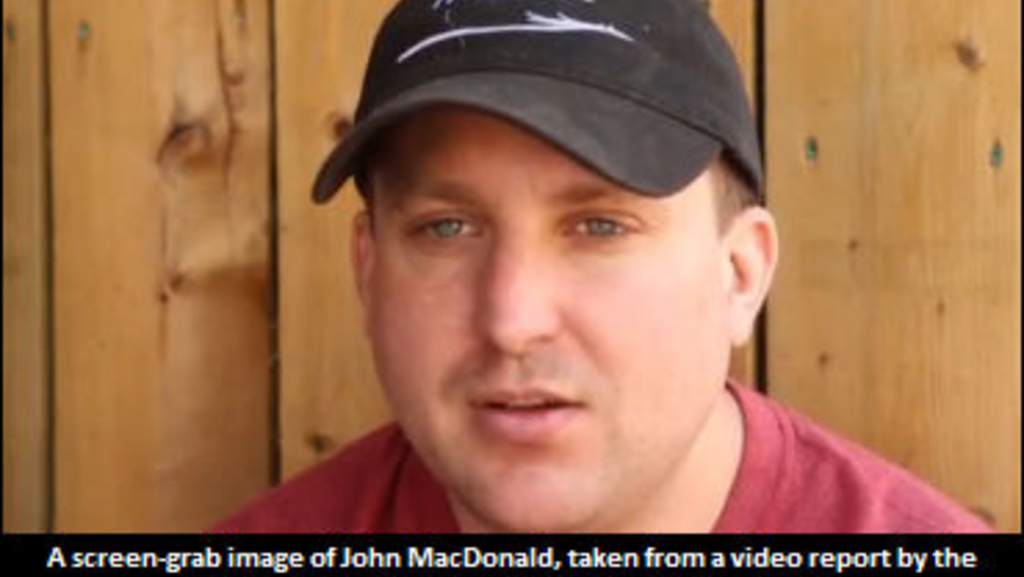 Top Rideau Carleton Raceway horseman John MacDonald recently spent time with a crew from the Ottawa Citizen to explain how his life has been turned upside down since the Ontario Government opted to terminate the economically successful Slots-at-Racetracks program.

"Because the horse population (at Rideau Carleton Raceway) is so high, about every three weeks you get (your horse) in (to race at Rideau) -- sometimes every two, depending on the horse. But it's basically impossible to make money, even to come close to breaking even the way it is set up right now."

With the current situation in Ontario and at Rideau, MacDonald has essentially been forced to race at Vernon Downs in New York State.

“It’s sad to watch,” Rideau's track announcer, Norm Borg, was quoted as saying in the report. “Here’s a guy that came from P.E.I. with little more than his silks and he developed a career everybody’s taken notice of. He could have easily gone ‘downtown’ (the Woodbine Entertainment Group circuit), but he didn’t.

“Now the situation has prompted him to go down to New York, where he’s making a name for himself already. It’s just sad.”

To read the article and view the video report, click here.

As I previously predicted,

As I previously predicted, the exodus has already started. This is another classic example of a horseman who has invested a massive amount of money in infrastructure and improvements only to have the rug pulled out from under him and force him to relocate to the US. Sadly, there will be many more. Why can't this gov't see what this is doing to the people that support and work in this industry and furthermore does it not see the revenue and taxes lost by forcing relocation to the US. It's time to force an election NOW. But we also need to get a commitment from the opposition parties that they will support re-instatement of the SARP even if in an alternative or a revised format, to save the industry. Being on "welfare" with the implementation of this so called "new plan" is not the answer. I am convinced that this plan is a Master Plan of Destruction and only a massive class action suit will get the attention of this current gov't. The doctors and the Ontario Medical Ass. found that out with positive results. There is absolutely no excuse for killing what was once a prosperous and thriving horse racing economy. All the best to you, John, in your future endeavours.

Hope you have a really big

Hope you have a really big barn at Vernon because you may be getting a lot of horses to train.

The problem isn't just the

The problem isn't just the Liberals though. Throw them out and replace with PC's and very little if anything will change. Same goes for the NDP.

What we need is the racing industry to stop the infighting and really come up with program(s) which will work. I'm simply not seeing any signs of that !

Mardon Stables will have two

Mardon Stables will have two horses in Tioga by Wednesday. If they won't do at WEG you sure cant afford to train them to race one a month. Things will change big time in 2 years. Just wait till 2016, if we are still around!!!

Welcome to the "Brave New

Welcome to the "Brave New World""!!

I have known and have had

I have known and have had horses with John for many years and in all that time he has been nothing but straightforward,honest and a good friend. His ability goes without question. It is a real shame that we have to lose a talent like him and are forced to keep the senseless and illogical bureaucrats in whose hands the destiny of this industry lies. We (as Maritimers) have always used Quebec and Ontario as a spring board to export our racing stock and work together to help the economy of all regions but now that is in jeopardy as well. The "powers that be" should be ashamed of themselves for destroying what was a very valuable and viable industry that maintained thousands of jobs and was a great tax revenue.

All of you Ontarians that

All of you Ontarians that voted for the liberals in the last eight years must have a ton of money. With the cost of living, including health fees, the increase in hydro costs, the HST, tax base broadened, I know of lots of people young and old alike that are looking for ways to stretch their dollars , or a contemplating moving out of Ontario. For sure I am one of them. Just thinking sinccerely Bruce T. Winning

Unfortunately under the current spiral we are all faced with this article will be repeated many more times before there is hardly anyone ,2 legged or 4 left! Ontario*s loss is New York*s gain! Good luck to Mr. MacDonald and those that will be following sooner rather than later! This continues to break my heart because this dereliction of duty should never have occurred! If it had to happen at least a 4 year grandfather clause would have given everybody time to make a clean transition! [I hate that word] Here*s another hard working Ontario tax payer forced to pay taxes to a foreign country besides the expenditures leaving Ontario putting more associated businesses out of work! I*ll never forget my monthly expenditures are somebody elses income. Proud of our Provincial and Federal Governments, HARDLY.