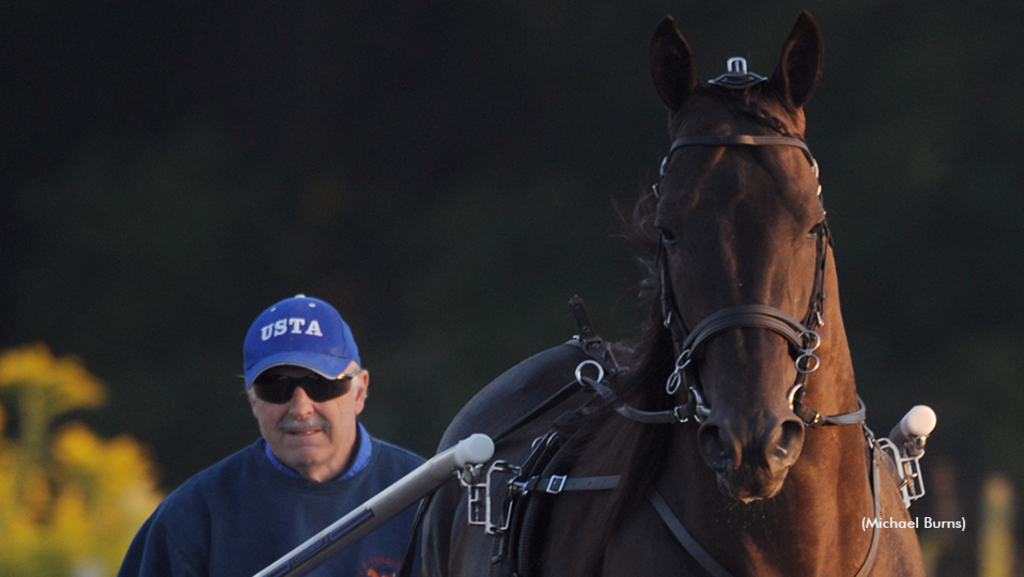 Horse racing fans were lucky to have witnessed history when Bulldog Hanover broke the world record for the fastest mile in the time of 1:45.4 at The Meadowlands last weekend. The incredible feat is something that will be talked about for some time, but one thing that cannot be ignored is the pedigree behind this majestic athlete.

Bred by Hanover Shoe Farms, Bulldog Hanover is sired by Ontario stalwart Shadow Play. Dr. Ian Moore was the co-owner and trainer of Shadow Play, a multiple Grand Circuit stakes winner and sub-1:48 pacer, back in his racing career and has fond memories of the time he had with one of his most successful horses.

Moore also had the pleasure of racing some of Shadow Play's other top pacers that he has sired, including O’Brien Award winners Arthur Blue Chip,  Percy Bluechip and Lawless Shadow. Arthur Blue Chip earned more than $550,000 in 38 starts while Percy Bluechip earned more than $1 million in 40 starts. Lawless Shadow won the Meadowlands Pace and Max Hempt in 2021 and continues to add to his career totals as a four-year-old for Moore.

Aside from Bulldog Hanover, Shadow Play's most notable performer would be three-time O’Brien winner Lady Shadow, who earned more $2.2 million in winnings over 91 starts and took a lifetime mark of 1:48.1 a Mohawk Racetrack. All told, Shadow Play's progeny have banked in excess of $53.4 million, and Moore gets to witness the impact his stallion is still having today.

“I feel fortunate for having a horse like Shadow Play and being able now to train some of his babies,” said Moore. “It’s really terrific when you stop to think about it.”

Moore has been in the game for some time and has seen his fair share of success. The veteran horseman and multiple O'Brien Award winner himself is approaching 3,000 starts as a trainer, with more than 640 wins and $18 million in purses. But now having the fastest horse ever being the offspring of his Shadow Play is another feather in his cap.

“Very proud. Shadow Play has done well but he had to do it the hard way,” said Moore. “He didn’t get the most talented mares over the years. It’s good to see one show up like that.”

Not everyone can say that they have a connection to the world record holder, but Moore is one of the lucky few to say that he does.

“It’s pretty neat that we can say the fastest Standardbred in the world was sired by our horse.”

While Moore mentioned that Shadow Play had to earn his stature as a stallion, that extra effort is certainly nothing new given the talented rivals he had to face on the racetrack.

“Born the wrong year” is what Moore said during his chat with Trot Insider. Back when Shadow Play was actively racing, he had an excellent career, but he sometimes got overshadowed by the competition he faced at the time. “That particular year there were a lot of good three-year-olds.”

We often see a similar parallel in other sports. Phil Mickelson, unfortunately, played professional golf during the same era as Tiger Woods and for Shadow Play, he had the late great Hall of Fame pacer Somebeachsomewhere racing at the same time.

A strange similarity was brewing last Saturday night (July 16) as well when fans watched Bulldog Hanover take the world by storm, but the Somebeachsomewhere-sired Beach Glass tried to muscle his way into the spotlight by winning the Meadowlands Pace in 1:47.2. The Shadow Play and Somebeachsomewhere rivalry still lingers on today more than a decade after their respective racing careers. A strange cosmic energy has seemed to have linked the two and it continues to provide entertainment and excitement to fans of harness racing.

Now looking ahead, Moore hopes for the best for the connections tied to Bulldog Hanover.

“We wish Jack [Darling] all the best in the future with him as well.  He’s a great trainer,” said Moore.

In a long and storied racing career for Moore, he believes that, “Without a doubt, [Shadow Play] was the best horse I had ever trained.”