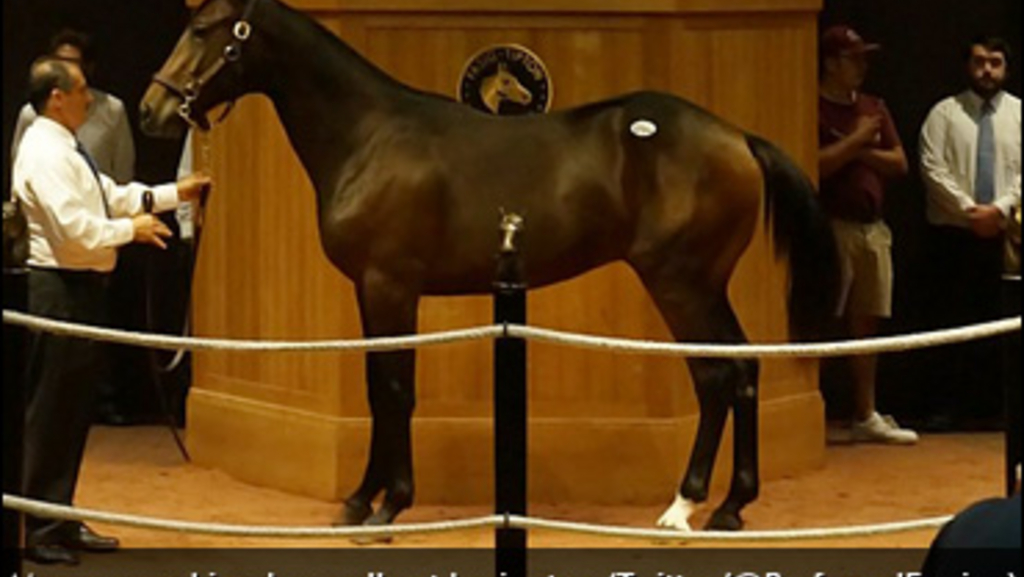 As one of the most expensive yearling purchases of 2019, expectations are definitely high for the superbly-bred Mycrownmykingdom. His connections will most assuredly hope that the result from his qualifying debut on Friday (July 24) at Woodbine Mohawk Park is a sign of things to come.

Mycrownmykingdom was treated like royalty and had things all his own way during his baby race unveiling on Friday. Bob McClure allowed the colt to trot out rather leisurely fractions of :32.3 and 1:05.2 before shifting into another gear for the back half. A :30.2 third quarter was followed by a :28.3 closer as Mycrownmykingdom tripped the timer 10 lengths the best in 2:04.2.

Trained by Luc Blais, Mycrownmykingdom was a Lexington Selected Yearling Sale purchase by Determination of Montreal Que. The son of Muscle Hill - Beehive is a sibling to SC's Trotter of the Decade Bee A Magician.

Control The Thong was the fastest rookie of the morning, charging hard down the centre of the track through a :55.2 back half to win her second straight qualifier and take a new mark of 1:57.4. Chris Christoforou settled the filly away in fifth early behind pacesetter Twain Seelster (McClure), who paced through panels of :30, 1:00.3 and 1:29.4, 1:57.4. Control The Thong settled into third around the far turn and then sprinted home in :27.2 to hit the wire a half-length before Twain Seelster.