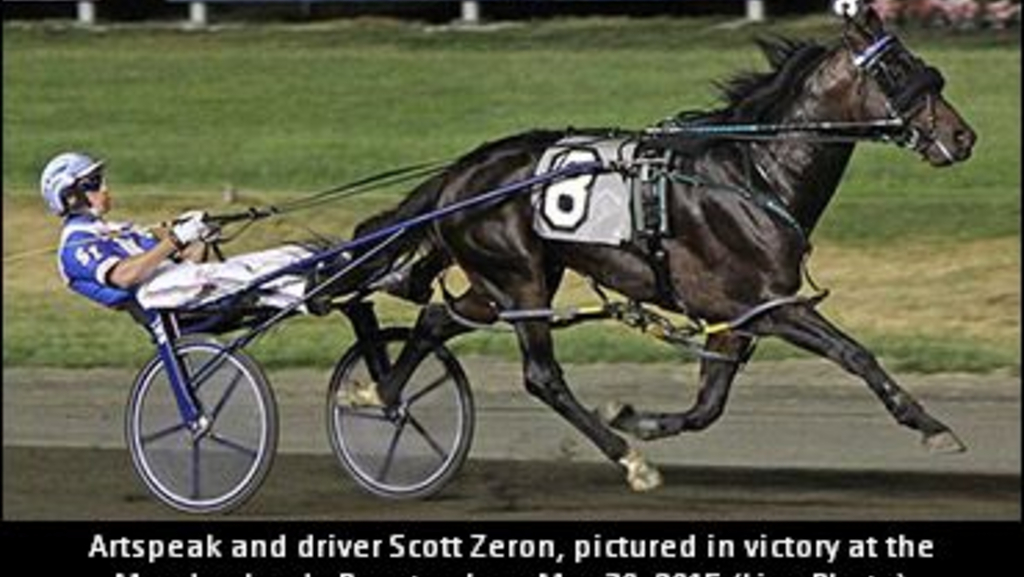 Artspeak, the Dan Patch and O’Brien Award divisional winner last year at two, has been installed as the 8-5 morning line favourite in the $200,000 Anthony Abbatiello New Jersey Classic, which will be contested as Race 11 on Saturday, July 25 at the Meadowlands Racetrack.

The filly companion race, the $100,000 Thomas D’Altrui Miss New Jersey, has been slated as Race 7. Both the New Jersey Classic for colts and geldings and the Miss New Jersey for fillies are restricted to New Jersey-sired three-year-old pacers. Both events are sponsored by the Standardbred Breeders & Owners Association of New Jersey.

In 2014, he was voted Two-Year-Old Pacing Colt of the Year after he won eight of 10 starts and never finished worse than third. His victories included the Metro Pace at Mohawk Racetrack on August 30, and, in his season finale, the Governor’s Cup on October 25 at Woodbine Racetrack.

This year he has been first or second in five of eight starts, including a lifetime-best 1:48.4 mile on May 30 to win the New Jersey Sire Stakes Final at the Meadowlands. His only off-the-board finishes were a fifth in the North America Cup on June 20 and sixth in last week’s Meadowlands Pace.

The Tony Alagna trainee, driven by Scott Zeron, is owned by his co-breeder, Brittany Farms of Versailles, KY, along with Marvin Katz of Toronto, Ont.; Joe Sbrocco of Brecksville, OH and In The Gym Partners (Showbiz Hall Partners, John Fodera & Steven Wienick) of Staten Island, NY.

The fields for both of the Saturday races appear below.