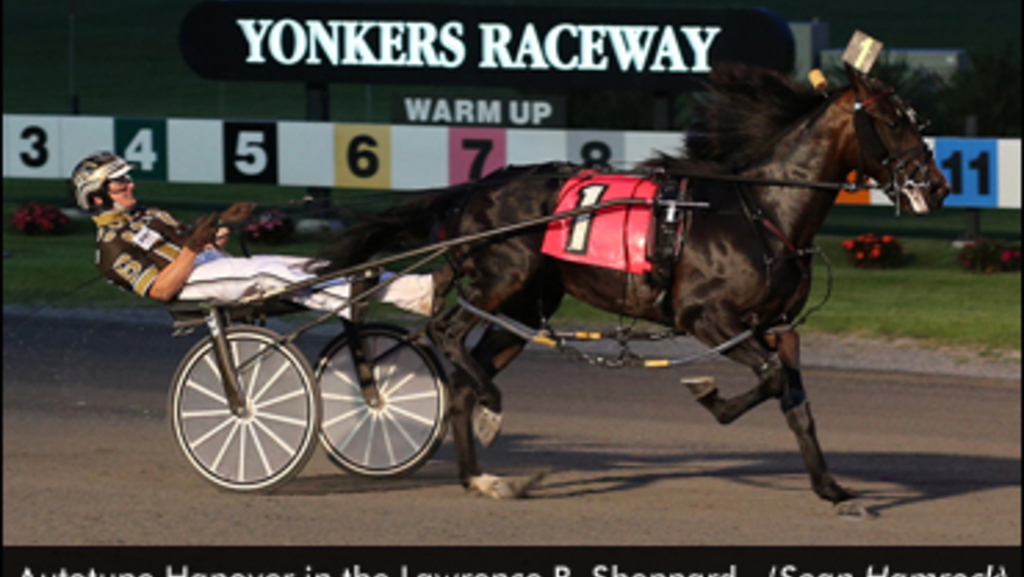 After a couple of starts failing to grasp the 'left foot, right foot' concept, Autotune Hanover (Tyler Buter, $12) picked a good night to have a good night.

'Tailgunner,' one of two elimination winners a week ago, continued through a rated, :29.4 next subsection (:56.4 half). He took the gang down the backside before Autotune Hanover made his move.

It was decisive. Autotune Hanover rolled from third, getting past the non-resisting fave at the 1:26.1 three-quarters. He then opened a length and three-quarters turning for home, only to widen from there.

His closest pursuers had interesting trips. Do Over Hanover (Jason Bartlett), also an elim winner, was done no favours from the eight-hole and was out the entire mile. Rodeo Rock (Dan Dube), jammed in be the half while a handful to handle, extricated himself and appeared to impede Gleneagles (George Brennan).

Autotune Hanover’s final margin was four lengths in 1:54.3, second-fastest Sheppard ever (to Hail The Taxi’s 1:54.1 in 2012). Rodeo Rock edged past 'Do Over' for second, then survived an inquiry to stay there. War N Munn (Eric Goodell) and Endeavor (Pat Lachance) completed the cashers, while Artmagic, Tailgunner Hanover and Gleneagles rounded out the order.

“Mark [Harder] just told me to drive him with confidence,” Buter said. “Last week [in elims], he went a bit sideways, but as soon as he hit the track tonight, he felt completely different. Mark said he changed some things up, and he was much better.

“These are two-year-olds, after all.”