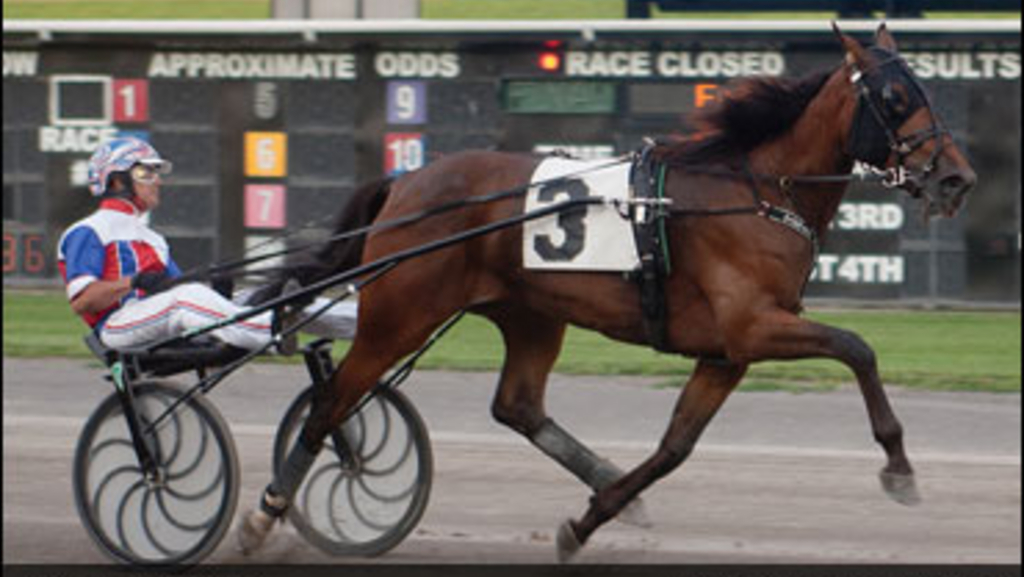 That’s what Ron Pierce did Wednesday at The Meadows when he piloted Struck By Lindy and Lifetime Pursuit to consecutive division stake records in a $257,780 Pennsylvania Sires Stake.

The event known as the Meadow Gladys was contested over five divisions. Pierce picked up another win with Shake It Cerry while Juniata Hanover and Broadway Socks captured the other splits.

Pierce was sitting second with Struck By Lindy behind Global Magic and Dave Palone when he feinted a move down the backside before retreating to the pocket.

“Dave wasn’t going much, so I figured I better put a little pressure on him,” Pierce said. “He took off, so I was happy to follow him. She’s a pretty classy filly. I thought she would love coming out of a hole.”

The strategy apparently worked, as Struck By Lindy blew by Global Magic in the lane to down her by one and a quarter lengths in 1:56.4. Heres Ethel earned show. The time knocked a tick from the Meadow Gladys record held jointly by Fashion Feline and UF Tadys Donato.

But the assault on the record continued, under eerily similar circumstances. Barely 30 minutes after Struck By Lindy’s win, Pierce and Lifetime Pursuit were second behind Palone and Ballare Hanover when Pierce tipped out down the backside. This time, he didn’t stop, as Lifetime Pursuit rolled to a 9-length rout. Chez Mahmo and Great Gwen completed the ticket.

“I asked her to go one time and she just went,” Pierce said. “I never even pulled her earplugs. I laid the whip on her left side just to keep her mind on what she was doing. You can’t let them wander.”

Jimmy Takter trains Lifetime Pursuit, a daughter of Cantab Hall and Queen Of Grace who has won both her career starts, for Brittany Farms.

Palone couldn't stop the Pierce express in those two races, but he did notch a stakes win with Juniata Hanover, who jogged to a front-end score in 1:58.1. Abettajetta was second, one and three-quarter lengths back, with Demanding Sam third.

“She’s just so handy she lets you take the race right to them,” Palone said. “I crossed her right over and I got a cheap inside half. That pretty much sealed the deal.”