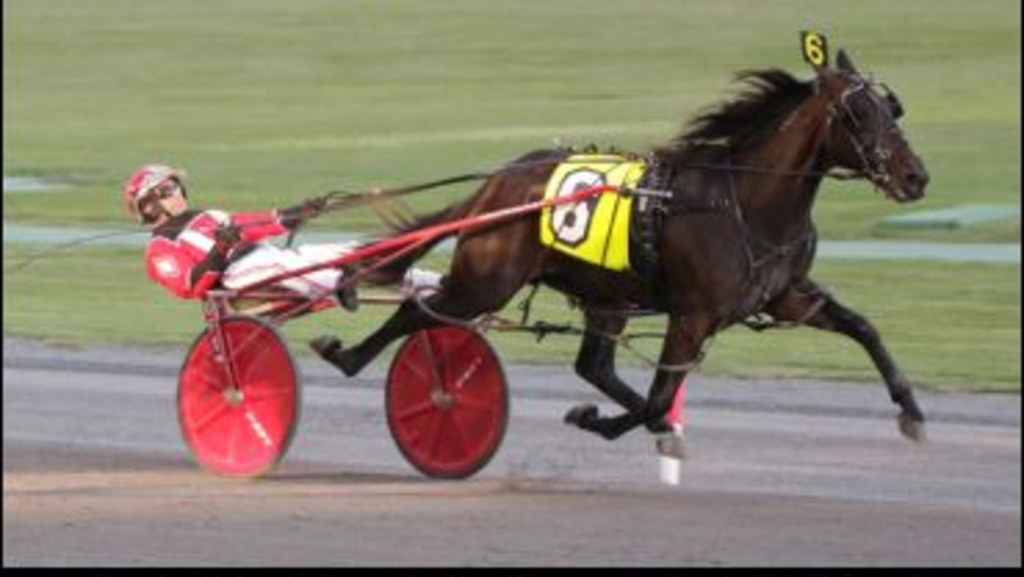 One of three winners of their respective $25,000 elimination races, Persist Blue Chip was ‘rewarded’ with a trip behind Yonkers Raceway’s eight-ball for Saturday night’s (July 15) $110,500 final of the Lawrence B. Sheppard Pace.

Yonkers’ premier open stakes event for two-year-old pacing colts and colts has been carded as the sixth race (approx. post time 9 p.m.) during the dozen-race card. First post is the usual 7:10 p.m.

The eight-hole getaway probably means a come-from-behind try from Persist Blue Chip, not a new experience. In his maiden-breaking (1:58.3) elim, he was last among the six-pack early before rallying up the cones to defeat Damian Diesel Hahn by a head.

“I thought I could leave (in the elimination), but there was a lot of inside speed,” driver George Brennan said. “He came home well, a good back half (sitting sixth, nine lengths from the lead) and that’s what’s going have to happen again in the final.

“He’s a nice colt and Ronnie (Burke) said he’s does everything right, so we just have to see how it develops.”

The Sheppard, which began in 1964 (a split stakes event for any number of years and unraced from 2004-11), once again honours the founder of Hanover Shoe Farms.

The field for the finale, with drivers and early odds, appears below.