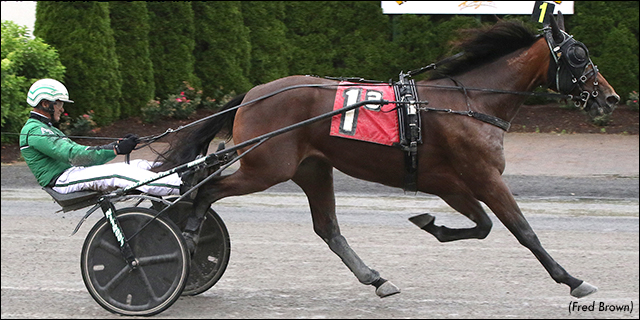 Splash Blue Chip is a three-year-old filly by E L Titan. She is owned by trainer Svanstedt as well as Mellby Gard Inc. It was her first win this season and the second of her career.

Moni For Lindy (Wally Hennessey) upset in the $55,000 second division.

Big favourite Iteration (Brian Sears) controlled a sizzling :26.4 first quarter before pulling the half back to :57. Moni For Lindy ($17.00) came first-over from fifth heading down the backstretch and steadily made up ground as Iteration hit three-quarters first in 1:25.2. 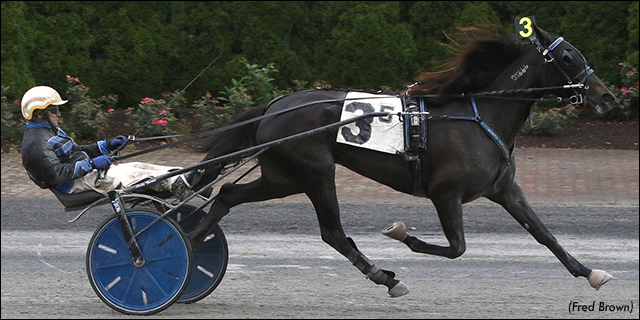 Moni For Lindy is a three-year-old filly by Credit Winner. She is owned by Greathorse and trained by Domenico Cecere. It was her third win of the season and fifth career victory.