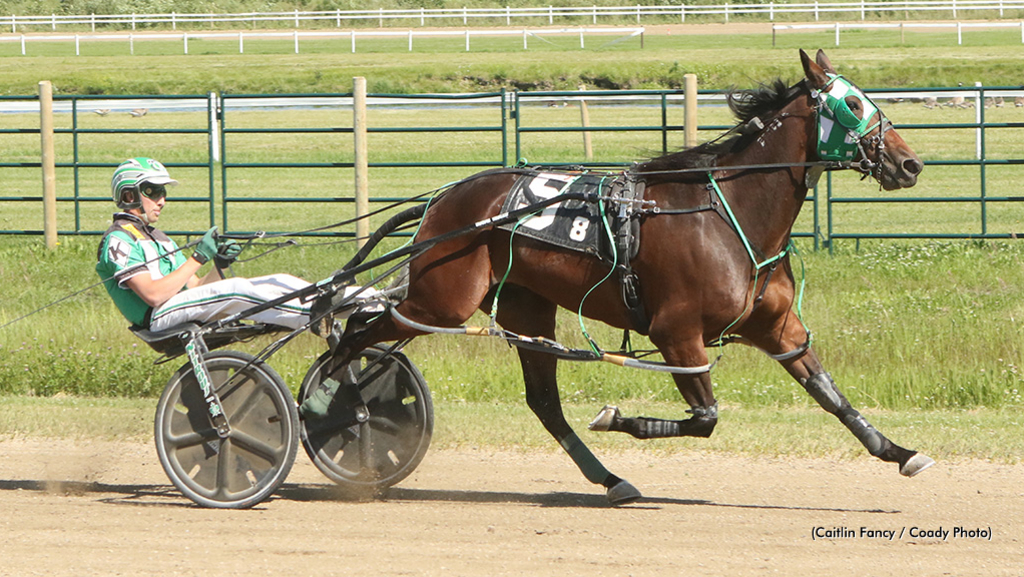 Dave Kelly ruled the day at The Track on 2 Sunday (July 10) with five wins on the nine-race card, three of which came with horses from his own stable.

Kelly began the day with a pocket-popping win behind Oultaw Tootsieroll ($8.70) before steering Bohannon ($9.20) in the following race to give him his first training win of the afternoon. He returned to the winner's circle a few races later with another from his barn, Captain Fireball ($2.80), crossed the line first and then catch drove another win in the next race behind Myomylookatmefly ($10.50). Munchie Chris ($4.20) completed the training hat trick for Kelly as well as his driving "five bagger" with a nine-length romp in the featured $5,700 pace.

Tags
Dave Kelly
The Track on 2
Most Popular Stories