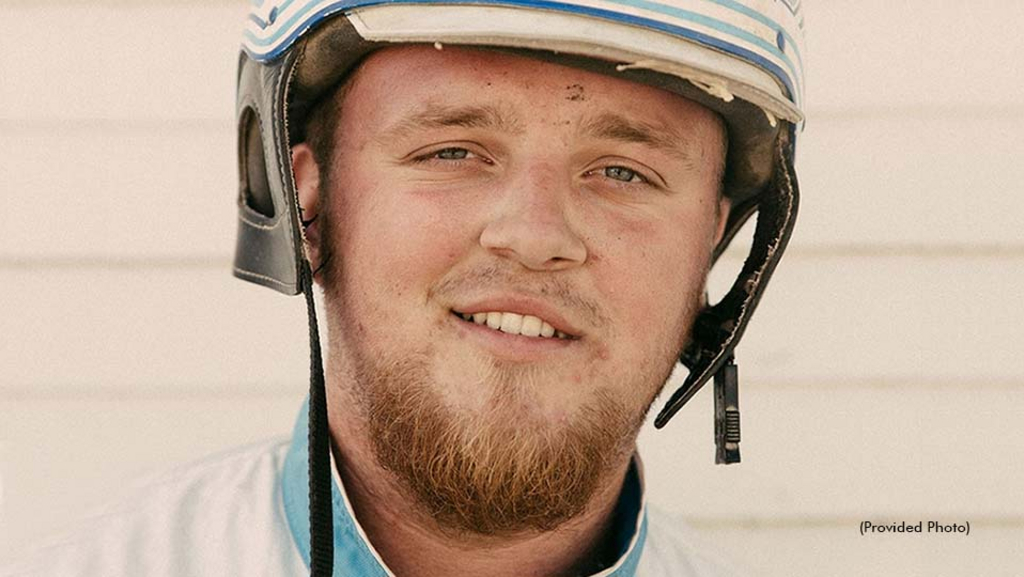 If they had an ancestry-DNA app for harness racing folks, the statistics for Maine-born Standardbred trainer Wil DuBois would be off the charts. That’s because DuBois is a third generation horseman that can boast having both sides of his large family involved in the sport.

Now an aspiring trainer in his own right, Wil DuBois has enjoyed the guidance and wisdom that has been handed down from both grandfathers, as well as his own father, to help him navigate the many twists and turns of equine competition.

“I always knew that I wanted to work with horses,” DuBois stated emphatically. “I graduated [Bitteford, Maine High School] early and went right to work for Linda Toscano in New Jersey.”

Having worked for both sides of the family, he was eager to give the Grand Circuit a try.

“My brother Tom quit his job with the Post Office to drive me back and forth to work each day.  We were living in a N.J. hotel because the efficiency apartment we found fell through.  I loved the work [at Toscano], but it cost too much to live down there, so we came back home to Maine after a few months.”

Luckily, someone in the extended DuBois family always has horses and always need help.

“I worked for my uncle Billy at Scarborough for a while and then I moved to Saratoga and I got a job with Jimmy Nickerson,” noted DuBois.  “I learn something from everyone I work for, but my biggest influence has been my father Todd.  He taught me a love for the game and an appreciation for the horses.”

Wil’s father Todd (age 57) manages a stable at Saratoga and is one of eight children by Gordon DuBois Sr., now 83 and a veteran horseman and racing official.  Gordon Sr. still owns a few horses with his son Billy, Wil’s uncle.

Todd cut his teeth while working for the master, Hall of Famer Billy Haughton, on Pompano Park’s legendary training side back in the heyday.  That is where he met Wil’s mother Donna, who is the daughter of the late Raymond Sawyer.  Brett and Jordan Derue are DuBois’ cousins on his father’s side and have continued to make a name for themselves at Saratoga.

Twenty-five-year-old Wil DuBois had been in Saratoga for the last several years, working and soaking up as much about the horse business as possible.  Last month, he and his fiancé Alexis decided to move back to Maine and go out on their own.  They now have five in training and are stabled at Bill Fisher’s farm in West Newfield, aka Ramshackle Downs.

“We just wanted to make the jump.  The time was right,” noted DuBois.  “There is plenty of opportunity in Maine.  We are happy here and eager to race horses.”

Before DuBois made the move, he sent a horse named Star Of Terror up to ‘Sherriff’ Zack Gray to train during the early part of the Cumberland meet.

“Zack got his first training win with [Star Of Terror].  He is like our barn pet.  Alexis rides him to keep him fresh.  We love him.

“I really love the sport and the horses.  When I look around, I don’t see that as much as I used to,” DuBois stated, exhibiting wisdom beyond his years.

DuBois sends out three horses over the weekend at Cumberland.  A trotter Dimes Makes Dollars is looking for his first win of the season in race two on Friday.   Duck And Roll scores from pylon position in Saturday’s (June 11) fourth race and Star Of Terror will leave from post seven in the ninth later in the program.  Saturday’s opener features a $5,000 ‘Sneak Peek’ stakes preview for three-year-old Maine-bred pacing fillies.

Racing fans and bettors will be able to watch and wager on this Saturday’s Belmont Stakes, the 154th renewal of the final jewel of the Triple Crown from Belmont Park.  Full Belmont Stakes Day programs will be available and betting windows will be open for the first post at 11:20 a.m., which will be broadcast live from the NYRA at Belmont Park.  There will be TV monitors covering all the Thoroughbred action, and the Trackside Pub concession stand will also be open in the Fairgrounds grandstand.

Post time for the spring/summer meet is 4 p.m. on both Fridays and Saturdays, with the extended pari-mutuel meeting racing each weekend through July 23.

The final race on both Friday and Saturday features our 20 cent Hi-Five (Pentafecta), with a low takeout of 16 per cent.