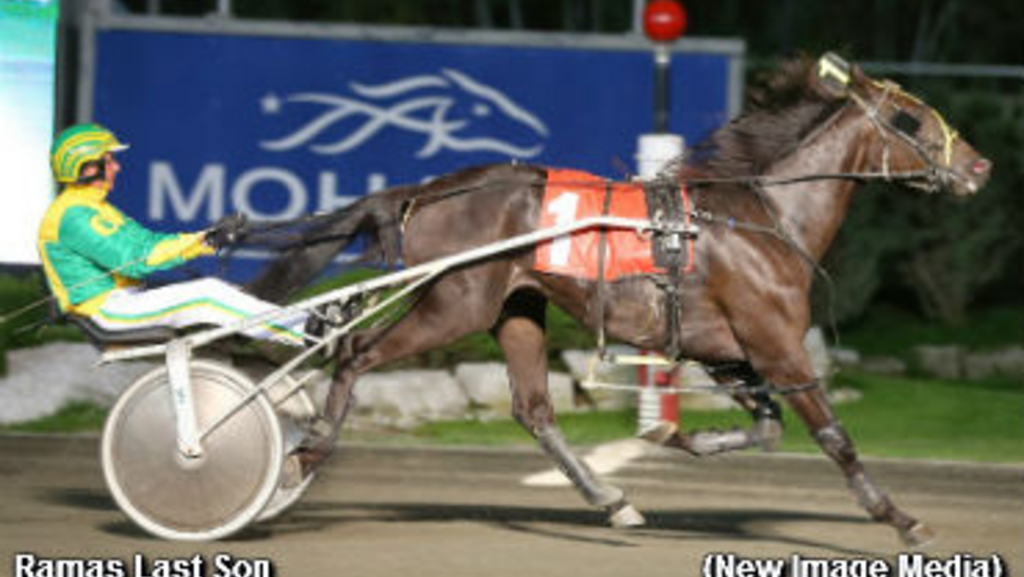 The first Grassroots division went to Massive Pockets, who went gate-to-wire in 1:55.4 for driver Trevor Ritchie and trainer Marie Dupont. The homebred son of Muscle Mass-Striking Pockets led through splits of :28, :58.3 and 1:27.3 before stepping home in :28.1 to seal the deal over race favourite Whichamacallit. Kiwi Pres was third in the $18,000 affair.

The gelding, who won for the first time in his career, is owned by M T Pockets Stables of Pompano Beach, Florida. The $9,000 payday bumped his overall bankroll to $38,710.

The betting public was in love with Ole Jack Magic in the second division, and the homebred didn’t disappoint his backers. The son of Kadabra-Whitesand Electra watched Headsaregonna Turn lead through first-half fractions of :27.2 and :57.2 before taking matters into his own hands. Chris Christoforou brushed Ole Jack Magic to the top going into the final turn and they led the group to the three-quarter pole in 1:26.1 before using a :29.4 closing panel to secure the win in 1:56. It was 5-1/4 lengths back to runner-up Crowningcrest, with Jack Litten a lapped-on third.

Sent off at odds of 4-5, Ole Jack Magic improved this year’s record to 2-1-0 from four starts for trainer Jerry Duford and owner/breeder Joanne Wray of Campbellville, Ontario. The gelding has stashed away more than $31,000 to date.

Hall of Famer Steve Condren guided Ramas Last Son to a 6-1 upset in the third division. The son of Majestic Son-Smokin Rama tracked cover in the final half of the mile before rallying past P L Hercules in the final strides. That foe was second best, and third prize went to Passed Dat Point. Time for the mile was 1:55.2.

It was the first win of the season for Ramas Last Son, who is owned by Garry Patterson of Kirkfield, Ontario. The five-time winner, who went 4-for-13 last year, boosted his bankroll to $43,730 with the win.

Jitterbug was a handy winner in his OSS Grassroots division for the tandem of driver Sylvain Filion and trainer Marcel Barrieau. The son of Kadabra-Jodis Jayme took over the lead past the half and cruised to the win by 2-3/4 lengths over Dowebetumnhowe in 1:56. Taking home the show dough was American Superman.

Barrieau co-owns the colt with Conrad Leber and Gestion Mastel Inc of Quebec. The ownership group has watched the sophomore go 2-for-7 in his career while banking $51,580 along the way.

Aventure nabbed his first win of the season thanks to a career-best clocking of 1:56.1 in the fifth division. Phil Hudon used come-from-behind tactics to win with the Bill Budd trainee, who defeated race favourite Windsun Revenge and Lucky Mass.

Sent off as the 9-5 second choice in the wagering, the son of Muscle Mass-Linas Lottery won for the fifth time in his career while pushing his overall cash stash to $56,698. The gelding is owned by Orville Rursch of Taylor Ridge, Illinois.

Kremlin turned a two-hole trip into a 1:57 triumph in the final division for trainer/driver Riina Rekila. The son of Kadabra-Victor Victor stalked Wire Me Cash through intervals of :27.3, :58.2 and 1:27.4 before rallying past that foe and drawing clear to win in 1:57. Razor Ramone recovered from a gate break to finish second, with third prize going to race favourite Dream Rocker.

Overseas Farms Ltd of Campbellville, Ontario bred and owns Kremlin, who won for the third time this season from six trips behind the gate. The five-time winner boasts career earnings totaling $27,932.