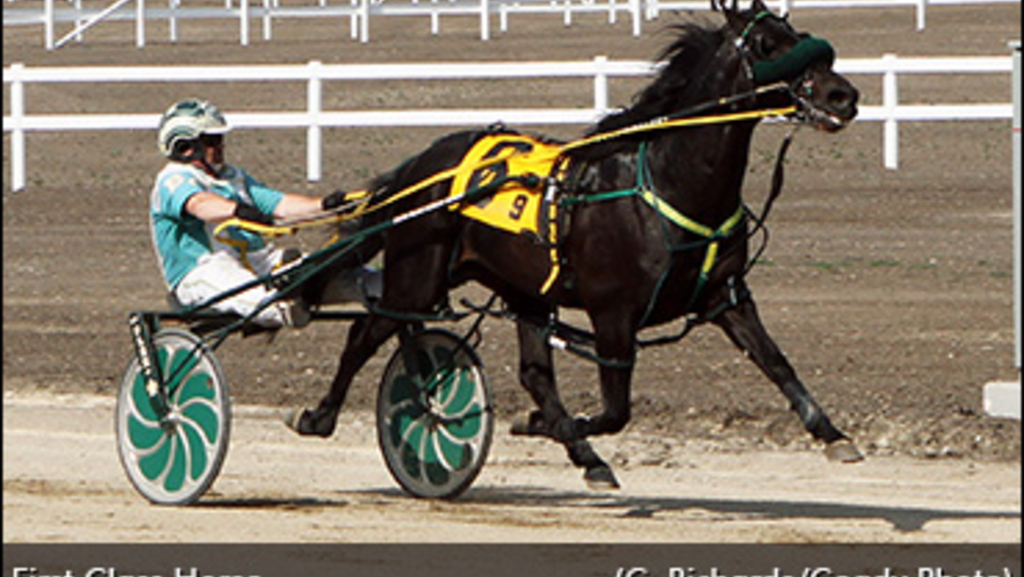 Century Downs Racetrack and Casino's stakes action will continue this weekend as the three-year-old fillies are in the spotlight on Saturday in three $13,333 divisions of the Wild Rose Stakes. On Sunday, the boys will contest the Gordon Rumpel Stakes in two $20,000 divisions.

Remaining undefeated in his sophomore campaign, First Class Horse has been steamrolling over all opposition, including setting a 1:54.2 track record for three-year-olds at Century Downs. Racing fans will not have to wait long to watch this superstar as the Western Terror-Susurrus Hanover colt has been installed as the prohibitive 1-9 favourite in Sunday afternoon's first division of the Gordon Rumpel Stakes, which is scheduled as the first race of the program.

"He's a really nice horse," said driver/trainer Keith Clark. "I am expecting him to race really well as he is healthy and has no problems going into this race."

First Class Horse has now racked up 11 wins in 13 career starts and $88,545 in purse earnings for owners Robert Jones of Slave Lake, Alta. and Doris McDougall of Cochrane, Alta.

The $1 million Pepsi North America Cup, the richest race in Canadian harness racing, will be contested on Saturday, June 20 at Mohawk Racetrack. First Class Horse remains eligible to this race, however, don’t look for this colt to be leaving Alberta anytime soon.

"He is not going to the North America Cup,” commented Clark. "But we are looking at sending him to Toronto for the summer stakes later in the summer, however, nothing is etched in stone."

The third race on Sunday’s card will feature the second division of the Rumpel Stakes, which might be contested between Have Not Read It for the Kelly Hoerdt barn, who was runner-up to First Class Horse last time out in the As Promised Stakes, and Mysharona Bluechip for Keith Clark, who briefly held the track record for Century Downs last month (1:55.4).

Regarding the Wild Rose Stakes for three-year-old fillies on Saturday, the first division will feature Fire Watch, driven and trained by the popular Travis Cullen, who will be the likely post time favourite coming off her place finish to the elder four-year-old mare Wrangler Rockette, who is undefeated this year.

Driver/trainer Kelly Hoerdt looks strong in the remaining two divisions of the Wild Rose Stakes with True Rock in race three and Thats Extra in race six looking like the horses to beat.

Racing at Century Downs Racetrack and Casino goes with nine races Friday starting at 5:30 p.m., followed by 10 dashes set for Saturday and 11 races on Sunday’s card with a first race post time of 2:00 p.m. for both days.