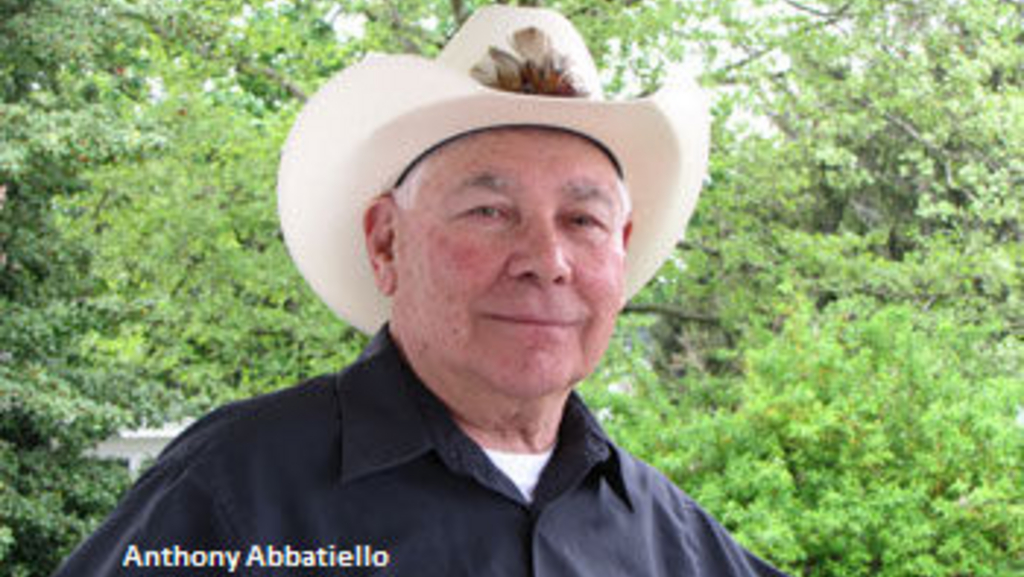 A decade before the Monmouth County township of Atlantic was renamed Colts Neck, an immigrant’s son from Staten Island established Five Point Farm.

It was 1954 when standardbred horse trainer Anthony T. Abbatiello acquired 457 acres in the 32 square mile township on which he would build a home, a training track and section off paddocks for his pacers and trotters.

He had returned from battle in Korea, where he had risen to the rank of captain, winning numerous battlefield commendations including the Combat Infantry Badge, Silver Star, Bronze Star with Valor, two Purple Hearts, Presidential Unit Citation, Korean Campaign Ribbon with four Battle Stars, and the Korean Service Medal.

In mid-century, long before Colts Neck became the hometown of rock stars and football heroes, the township was rural and welcoming to a young man who is now one of the most respected members of the New Jersey harness racing community and for whom the $500,000 Anthony Abbatiello New Jersey Classic at the Meadowlands is named.

The richest race restricted to New Jersey-sired three-year-old pacers, the Anthony Abbatiello New Jersey Classic will be contested on June 13, 2009. Abbatiello, along with members of his family, will be at the Meadowlands that night to present the trophy to the winner of the stakes which is sponsored by the Standardbred Breeders & Owners Association of New Jersey [SBOANJ], the group which represents all the participants in the industry

Abbatiello was co-founder of the SBOANJ in 1960 and served as the group’s president for nearly three decades.

The development of the Meadowlands, harness racing’s premier racetrack, was also a project for which Abbatiello provided not only his backing but his racing expertise. When the advertising company preparing its campaign for the opening of the track in 1976 wanted to demonstrate the Sports Complex’s proximity to New York City, it was Abbatiello who was called upon to sit behind a horse as they filmed him crossing the George Washington Bridge, emerging from the Lincoln Tunnel and pacing on the tarmac at Newark Airport.

Now 80, Abbatiello retired as a trainer several years ago but is still active in the racing community and, since 2005, has been a member of the New Jersey Racing Commission, the regulatory body that oversees all horse racing in the state.

He previously served on the Board of Managers at Rutgers University for a dozen years and the advisory committee of the Federal Land Bank for approximately 18 years.

Along the way, Abbatiello was an acknowledged industry leader both on and off the racetrack. As a trainer, he conditioned many top horses, including a pair of million-dollar earners, Newt Lobell and Taurus Romeo.

On July 2, 1995, he was inducted into harness racing’s Living Hall of Fame in Goshen, NY, becoming half of the first brother tandem so honored. His brother, Carmine, was a 1985 inductee.

Abbatiello and his wife since 1960, Kathleen, still reside on 70 acres of Five Point Farm that he has retained. On the balance of the property, luxury homes were built on roadways named for harness racing greats like Hambletonian and Messenger.

While he no longer has racehorses at the farm, there are still a half dozen riding horses, a cow and a potted belly pig and five irrigation ponds, stocked with fish. Several times a year Abbatiello invites special needs and inner city kids for a day in the country and a chance to fish for blue gills. He also does work on behalf of area charities and is organizing a barn tour and wine tasting with the Colts Neck Business Association.

Anthony and Kathleen have adult three daughters, Jean (married to Craig) Sardoni of Wall, NJ; Christine (married to John) Whelan of Colts Neck, NJ and Lisa (married to Jim) Locke of Vienna, VA. There are five grandchildren as well: Ava and Michael Sardoni, Shane and Jack Whelan and Abigail Locke.