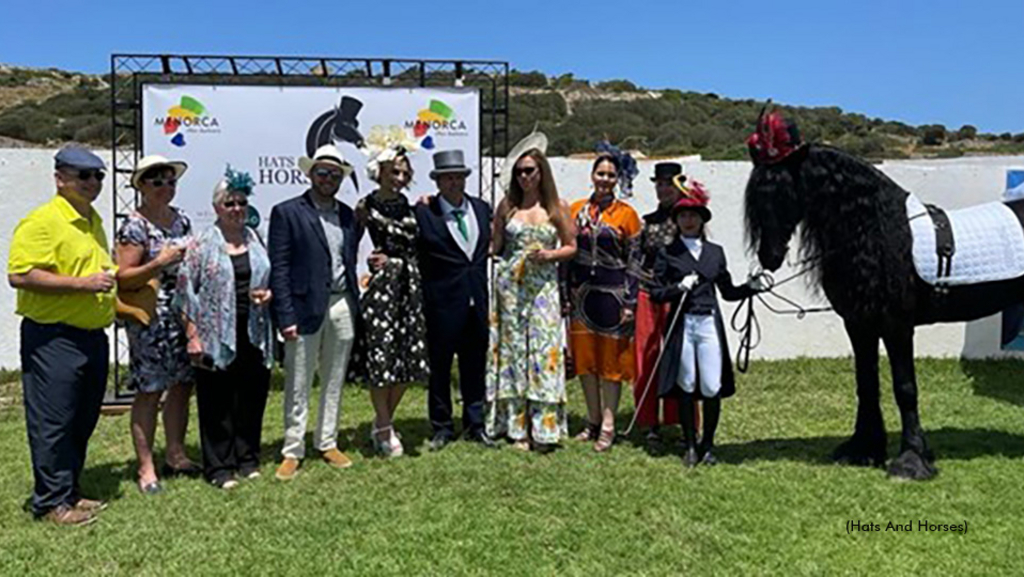 A delegation of U.S. and Maryland horse industry officials and professionals spent five days attending several important equestrian events in the Spanish Balearic Island of Menorca, located in the Mediterranean Sea, from May 25 to May 30.

The delegation participated in the second annual International Menorca Horse Convention, with the Maryland horse industry professionals sharing important lessons on how the state’s varied industry united with the help of the Maryland Horse Industry Board. The convention drew the unique historic and equestrian parallels between Maryland and Menorca, including a historic naval connection through Admiral Ferragut, of Menorcan descent, and the importance of harness racing in both the state and the island. The U.S. equestrian delegation was featured front page of the Menorca newspaper the day after the Convention, as well as in several other news outlets.

Other important visits for the delegation included: the Hipodrom Municipal De Mao - Mahón, one of Menorca’s two harness racing tracks; the Escola Equestre Menorquina to learn about the Purebred Menorca Horse (PRMe); and the main harness racing and fifth edition of Hats and Horses, an Ascot-style social event held at the Torre del Ram Hippodrome. The annual Hats and Horses event includes antique cars, live music, several harness races and betting, and demonstrations of several equestrian disciplines on the island. The U.S. delegation was again featured in Menorcan and other news outlets the day after the event.

The visit was sponsored and organized by Ariadna Vilalta, founder of Hats and Horses. Gemma Alcaraz of Menorca on Horseback/Son Bou Rutes a Cavall organized the non-harness equestrian events, and the Meliá Cala Galdana Hotel, a Meliá Hotels International beachfront property, hosted the delegation.