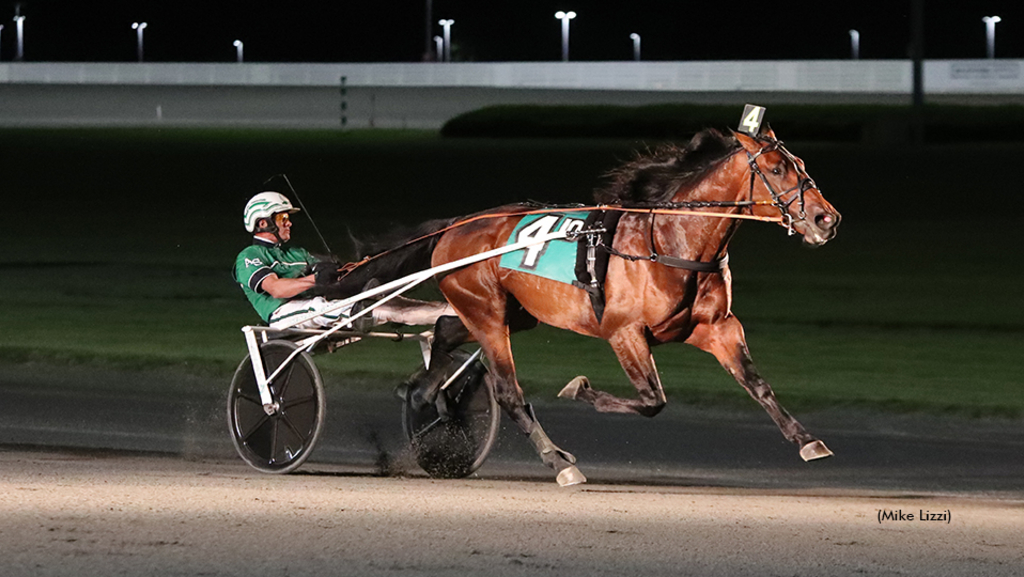 If either of last week’s MGM Yonkers Trot elimination winners, the filly Joviality S or the colt Justice, is going to capture Friday’s $280,904 final at Yonkers Raceway, they will have to overcome not only their rivals, but difficult starting spots.

Joviality S will leave from post seven while Justice starts from the outermost position on the gate, post eight. Horses starting from those spots at Yonkers have won 5.6 per cent and 6.2 per cent of the races there, respectively, the lowest percentages at the half-mile track. Post six is next at 8.2 per cent while the remaining five all hit for at least 13.9 per cent or better.

Despite the draw, Joviality S is the 5-2 morning-line favourite in the field of eight three-year-old trotters. The filly, undefeated in four races this season for owner Courant Inc., trainer Marcus Melander and driver Brian Sears, is attempting to become the first female to win the Yonkers Trot since Continentalvictory in 1996.

The Yonkers Trot is the first jewel in this year’s Trotting Triple Crown, followed by the Hambletonian on Aug. 6 at the Meadowlands and Kentucky Futurity on Oct. 9 at the Red Mile.

“[Joviality S] can leave the gate so fast, she can handle it, but obviously I would have wished for a better post; at least the four or five-hole,” said Melander. “I think the elimination winners should draw at least one through five or one through six. Personally, I think it’s good when the winners pick their spot, or like in Sweden where first the winner picks, then the horse that was second, then number three [and so on].

“Hopefully, we can get it done anyway. I’m confident in the horse going into the race.”

Joviality S, a daughter of Chapter Seven-Pasithea Face S, has won stakes races from outside starting spots in the past. Last year, she won the New York Sire Stakes championship from post eight at Yonkers and the Breeders Crown from post 10 at The Meadowlands.

For her career, Joviality S has 13 wins and two seconds in 16 races, with earnings of $1.06 million. Her victories this year include the Empire Breeders Classic for three-year-old filly trotters in a lifetime-best 1:51 at Vernon Downs. She won her Yonkers Trot elimination by 1-1/4 lengths over Pour Mea Double in 1:54.

“Brian wanted to take it a little bit easier on her since she had gone two [1]:51 miles at Vernon in her last two starts,” said Melander. “It was a good first half in :58.2 and then she could sprint home. Brian asked her a little bit at the top of the stretch and she took off. He was very happy with her. It was good.”

Justice won his Yonkers Trot elimination by 1-1/4 lengths over Double Deceiver in 1:54.1. He is 5-1 on the morning line, with trainer Ake Svanstedt handling the driving. The son of Chapter Seven-Religulous has six wins and a second in eight lifetime starts for owners Ake Svanstedt Inc., Little E LLC, Torbjorn Swahn Inc. and Myfab Inc. He won the Empire Breeders Classic for three-year-old male trotters at Vernon.

“He’s a good horse with a good attitude,” said Svanstedt. “The draw was bad, but that’s how it is. He can leave fast. For the only chance to finish in the front, I must leave fast with him. That’s no question, it’s just to go. He raced good [in his elimination] but now there is Joviality. If he can be at least second, I’m happy.”

“He raced super good in the elimination,” Wallin said about Pour Mea Double. “I was very happy with his performance. He is maybe not the best leaver, but he has such a good attitude and if he gets the right trip he can really kick in and have a good last sprint. That’s what I like most about him. He finishes the miles good all the time.”

Svanstedt and Melander also will send out top contenders in Friday’s $126,165 New York New York Mile, which is solely for three-year-old filly trotters, at Yonkers. Svanstedt-trained Jiggy Jog S is the 5-2 morning-line favourite while Melander-trained Peyton Hanover is the 3-1 second choice.

Jiggy Jog S, the runner-up in this year’s New Jersey Sire Stakes championship and a Grand Circuit winner at age two, starts from post six with Dexter Dunn in the sulky. She has hit the board in 11 of 14 career races, winning three, and earned $285,974 for owner Jorgen Sparredal Inc.

“She has a good chance to win this race, I hope,” Svanstedt said about the daughter of Walner-Hot Mess Hanover. “She trained good and she has raced good every race this year. I like everything about her. She is a good horse. She has a high capacity and never breaks; she’s a very nice-gaited horse.”

Svanstedt also has Lady Suffolk Stakes winner Little Pink Lies in the race and will drive that filly himself from post five. The daughter of Chapter Seven-To The Question is owned by Ake Svanstedt Inc., Triple Play Trotters and Tomas Andersson. She is 7-1.

Peyton Hanover, who was a Grand Circuit winner last season and enters the New York New York Mile off a 1:52 victory in a conditioned race at The Meadowlands, is 3-1 with Tim Tetrick driving from post eight. The filly is owned by Jeff Snyder and Four Friends Racing.

“We were very unlucky with the draw,” said Melander. “It just stinks that 'Peyton' got the eight-hole because she’s in really good shape now. 'Peyton' is very good off a helmet, she can chase them down, but from the eight-hole it’s so tough. She’s not a horse that will blast out of the gate.

“Quick Bet is a very fast filly, but there are a couple in there that I think are better than her. If she would have drawn [post] one through five, she can leave fast and she’s very good off a helmet. But from the seven-hole, it will be tough for her.”