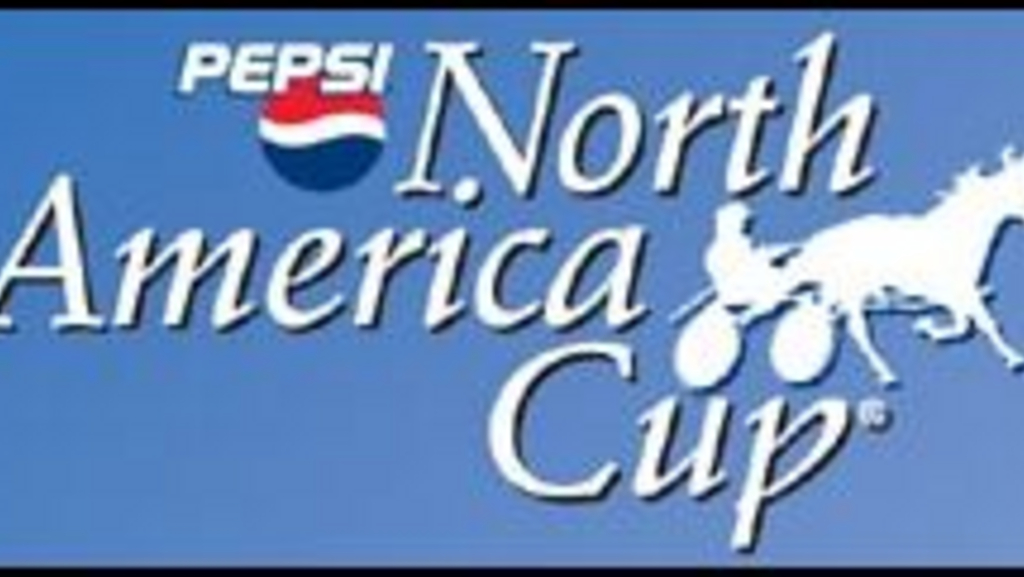 . All of the up-to-date information from the night including recaps and replays of the $333,200 Goodtimes Trot, the $680,000 Fan Hanover, the $561,500 Elegantimage Stake and consolations can be found right here.

Mighty Me (Mike Wassilyn), Stinger Blue Chip (John Campbell) and Carnivore (Paul MacDonell) all took off once the gate opened and battled three-wide going into the first turn. With an inner advantage, Mighty Me settled on top at the first quarter pole in :26 as Carnivore rolled off-stride.

Meanwhile, Straight Shooting, who got away third behind Stinger Blue Chip from a Post 8 start, moved to the outside under the guidance of Tim Tetrick. The son of Western Terror – Mattcheck Girl worked his way to the top past the half in :54.2 and turned back a challenge from Stinger Blue Chip past the three-quarters mark of 1:21.4. Straight Shooting edged away down the stretch and managed to hold off a charge from Ideal Danny (Ron Pierce) by half a length to win in a career-best 1:50.1. Chief Of The Beach (Sylvain Filion) rounded out the top three.

Straight Shooting, who finished ninth in his Cup elim after making a miscue, scored his second win of the season in seven outings. Trained by Tracy Brainard for the Bulletproof Entreprises of Boca Raton, Florida, the winner of five races lifetime lifted his bankroll to $267,315 with the triumph.

With Steve Condren in the bike, the five-year-old Cams Card Shark – Holy Matrimony mare cleared the lead ahead of post time favourite Double Dream N (Jody Jamieson) past the :26.3 quarter pole and put up the remaining panels of :54.2 and 1:22.2 as Arts Diva (Paul MacDonell) applied pressure on the outside. Once Pink Kangaroo turned for home, however, she was in the clear. The Brian Hodgson trainee prevailed by three and quarter lengths in 1:49.3. The time of the mile also set a new Canadian season’s record for aged mares on a 7/8 mile track.

The win was Pink Kangaroo’s third in 10 outings this year and 20th of her career. The winner of $339,485 is owned by John Bell of Petrolia, Ont.

The heavily favoured Federal Flex held tough to win the $333,200 Goodtimes Trot for three-year-olds on Saturday at Mohawk Racetrack

Southern Rocketop (Brian Carpenter) flashed early gate speed leaving from Post 3 and leading the field to the first quarter in :27.4 as Truth In Action (Tim Tetrick) crossed over from the outside 10-hole to fill the pocket in front of last year’s O’Brien Award winning Two-Year-Old Trotter of the Year, Federal Flex and Jody Jamieson. Down the backside, Jamieson gave his charge the go-ahead and Federal Flex took command of the field en route to the half in :57.2. The Muscles Yankee – Scully Fbi colt took the field to third quarter station in 1:26.3 as And Heez Perfect (Dave Palone) pulled up alongside. Federal Flex maintained the lead as he turned for home, but his rivals were hot on his heels. The Jeff Gillis trainee found the wire just in time to win in a career-best 1:54.2 by a quarter-length over Truth In Action and And Heez Perfect.

“It’s real difficult to be disappointed in the horse when you pick up $150,000,” said Jamieson. “But I’m a little disappointed. He came home in :27.4 but he’s a better horse than that. Usually, he doesn’t want any horses near his bridle. It was nip and tuck to win tonight. I had to get into him pretty good. I hate doing that because he’s not the type of horse you need to urge on. So, something’s going on with him. [Trainer] Jeff [Gillis] noticed that right away. But he dug in, got the win and that’s what champion horses do.”

Federal Flex is now two-for-two in his sophomore campaign. He improved his record to 7-2-1 in 11 starts pushing his bankroll to $742,418 for the Federal Flex Stable of Cambridge, Ken Henwood of Mississauga, Al Libfeld of Pickering and Marvin Katz of Toronto, Ont.

The bay colt is scheduled to make his next start on July 17 at The Meadowlands in the $350,000 Stanley Dancer Memorial. Hopefully, and with some luck for his connections it will then be onto the famed Hambletonian (elims and final) on August 1 and 8, respectively.

“You don’t beat horses like [USTA two-year-old champ] Muscle Hill with efforts like this tonight,” continued Jamieson. “So he’s going to need a better effort to beat Muscle Hill.”

Bolero Charles turned in a repeat wire-to-wire performance in this week’s edition of the $40,000 Preferred Pace on Saturday at Mohawk Racetrack.

Proven Lover (Jody Jamieson) shot up the rail to finish a length and three-quarters back in second and The Mohegan Pan (Steve Condren) came on for third.

Bolero Charles notched his seventh win in 20 starts this year for trainer Steve Charlton and the Larocque Racing Stable of Thornhill, Ont. The winner of 23 races has earned $346,780 in his career.

Not Enough turned in a stakes and track record performance to win the $680,000 Fan Hanover for three-year-old pacing fillies over her stablemates and fellow elimination winners Yellow Diamond and Shacked Up on Saturday at Mohawk Racetrack.

Not Enough and Tim Tetrick settled in the pocket as the heavily favoured Yellow Diamond (Jim Morrill, Jr.) put up a :27.3 first quarter. Yellow Diamond then led the field with ease through middle panels of :56 and 1:23 and looked like she would coast home for the win. Not Enough, however, had other plans and she popped the pocket in late-stretch and used a :26.3 final frame to push ahead by a neck for the win in a life's-best 1:50. Shacked Up (Brian Sears) rounded out the top three.

The time of the mile lowered Milliondollarsmile's 1:50.2 track record for three-year-old pacing fillies.

“We thought a lot of Yellow Diamond – she paced in [1]:49 down in Pocono so we knew she was really good," said Brainard following the race. "We were really happy with Not Enough after her performance down at Yonkers in the Lismore, so we definitely knew she had the potential to beat Yellow Diamond.

“We left it up to [Tim Tetrick] and let him drive her the way he felt fit.”

The Grinfromeartoear – Party Planner filly remains perfect in seven seasonal starts for trainer Tracy Brainard and the Bulletproof Enterprises of Boca Raton, Florida. Not Enough improved her lifetime record to 10-1-2 in 14 starts and bumped her bankroll to $652,685 with the win.

Arctic Warrior converted a perfect pocket trip into a $50,000 pay day during the $100,000 Pepsi North America Cup Consolation I on Saturday at Mohawk Racetrack.

Bay Of Sharks (Mario Baillargeon) muscled his way to the lead from the outside Post 10 and reached the first quarter in :26.2 as Arctic Warrior and driver Dave Miller settled for a two-hole trip from Post 4. Bay Of Sharks led the field to the half in :54.3 and at that point Schoolkids (Tim Tetrick) rolled up from fourth and matched strides with the pacesetter. Those two butted heads on the front en route to the third quarter pole in 1:21.4. Bay Of Sharks shook off his challenger as he turned for home, but Arctic Warrior popped the pocket down the lane and the Blissful Hall – Brets Grand Finale colt reached up for the win in a career-best clocking of 1:49.3 by a half-length. Lisagain (George Brennan) finished third.

Arctic Warrior, a third place finisher in his Cup elim, scored his first win of the year in nine starts. The seven-time winner now boasts a bankroll of $243,064 for trainer Ben Wallace and owners the Wahoo Stable of New Holland, Paul Eyerly of Bloomsburg, Carl Vizzi of York and James Novinger of Middletown, Pennsylvania.

Celebrity Deville rallied from off the pace to score her first career win in the $561,500 Elegantimage Stake final for three-year-old filly trotters on Saturday at Mohawk Racetrack.

Driven by George Brennan, the daughter of Andover Hall-Bambino Lau got away from Post 5 as Elusive Desire put up the first quarter in :28.2. During the second interval, fan favourite Windsong Soprano (Steve Condren) kicked into action and rolled up to claim the lead at the half in :57.4. From there, Celebrity Juliet (Trevor Ritchie) launched her challenge providing Celebrity Deville with cover past three-quarters in 1:27. Celebrity Deville flipped off her cover in the stretch and sprinted home for the 12-1 upset in 1:54.3 by two and a quarter lengths.

“I didn’t know anything about her – on the way to the track [trainer] Staffan Lind gave me a call and gave me a little input on her, and that’s pretty much all I knew," said George Brennan following the race.

“I thought she had a shot. We got a perfect trip and she responded off it. She was trotting pretty strong [in the stretch] and there was no doubt in my mind [that we had it won].”

Celebrity Deville lifted her bankroll to $324,551 with her first win in 10 starts for Celebrity Farms of New York, New York.

Ginger And Fred took home the lion’s share of the $75,000 purse in the Fan Hanover Consolation with a front-end score on Saturday at Mohawk Racetrack.

Kabbalah Karen B (Jim Morrill, Jr.) was the early leader from Post 9, but post time favourite Ginger And Fred, with driver Dave Palone, was underway early from the four-hole and she landed on top after the :26.4 first quarter. The daughter of Real Artist – Graceful Motion carved out the remaining panels of :56.1 and 1:24.1 before coasting home to take a new mark of 1:52.

Shes A Fan (Jody Jamieson) finished three-quarter lengths back in second off a second-over trip while Kabbalah Karen B stayed for third.

Ron Burke trains Ginger And Fred, who scored her second win in four starts this season. The eight-time winner, who finished fourth in her Fan Hanover elim, has earned $312,446 in her career for owners Howard Taylor of Penn Valley, Robert Feldman of Gladwyne, Edwin Gold of Phoenixville, Pennsylvania and Jerry Silva of Long Beach, New York.

Click here for a recap of the featured $1.5 million Pepsi North America Cup.