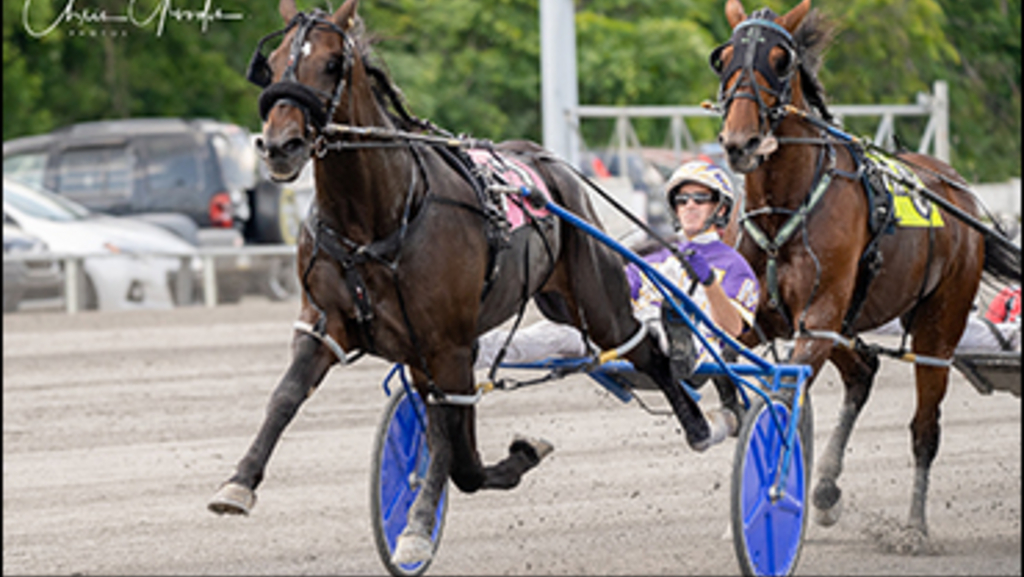 Perfect Sting, the freshman pacing Dan Patch awardee and 2-5 favourite, got his win in the $148,332 Pennsylvania Sires Stake (PASS) for three-year-old pacing males on Saturday (June 26) at The Meadows, but it was unlike anything his backers or connections envisioned.

The pocket-sitting Rockyroad Hanover outkicked Perfect Sting in the Lightning Lane and crossed the wire first, a half-length ahead of the champ.

But Rockyroad Hanover was briefly rough gaited through the final turn and, following a lengthy inquiry, the judges ruled that the apparent winner interfered with Southwind Gendry, Lous Pearlman and Literl Lad Hanover, all trying to rally outside. Rockyroad Hanover was disqualified and placed back to fifth while Perfect Sting was awarded the victory and a time of 1:49.4. Southwind Gendry and Lous Pearlman were promoted to second and third, respectively.

Perfect Sting, a son of Always B Miki-Shebestingin, now has won 12 of 13 starts and $629,997 for trainer Joe Holloway and owners Brittany Farms and Val D’Or Farms.

The outcome was especially disappointing for Rockyroad Hanover, a son of Captaintreacherous-Romantic Moment whom trainer Tony Alagna had dropped to the PA Stallion Series this year for a jolt of confidence. The colt’s driver, Dexter Dunn, said the strategy worked.

“He’s been racing really super, and his gate speed got him in a good position.” Dunn said. “You never know if you’ll get by a great horse like Perfect Sting.”

Dunn reacted stoically to the DQ.

Prior to the judges’ decision, Holloway indicated that Perfect Sting had “no excuses” for not holding on, particularly after winning driver David Miller gave him a 29 second-quarter breather.

“We should have won, but we came up a little bit flat,” Holloway said. “I don’t know whether it was his hard race last week or the ship out here. He should’ve been better. He just got outkicked.”

With two wins and as many seconds in PASS preliminary legs, Southwind Gendry has wrapped up a berth in the $250,000 championship. Perfect Sting has a win and a second in the only two legs he contested; he seems likely to qualify for the final but will have to sweat out the official point count.

In Saturday’s sub-feature, Todd McCarthy and trainer Brett Pelling teamed for a double with South Beach Star and Dean B Hanover while Crunch Hanover captured the third split.

Leaving from post 8, South Beach Star was forced to a demanding :26.2 opening panel to reach the point, action that was of some concern to McCarthy.

“I was a bit worried,” he said, “but on a windy day, he paced on really well through the stretch. He’s a versatile type who can do it either way.”

The Somebeachsomewhere-Higher And Higher gelding was strong through the wire, downing the pocket-sitting Emblaze Hanover by one-and-a-quarter lengths in 1:50.3, with Sweet Angel Boy third. 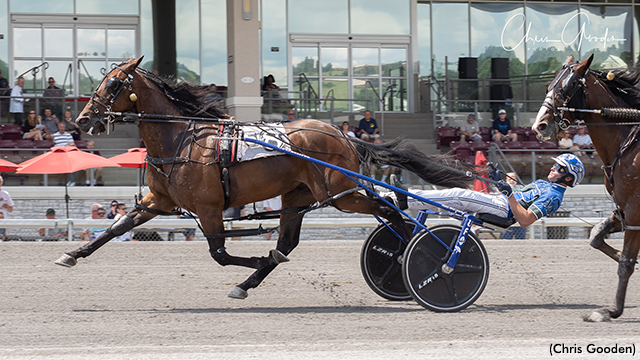 South Beach Star has won three stallion series splits for owner All Star Racing and has clinched a berth in the $40,000 championship.