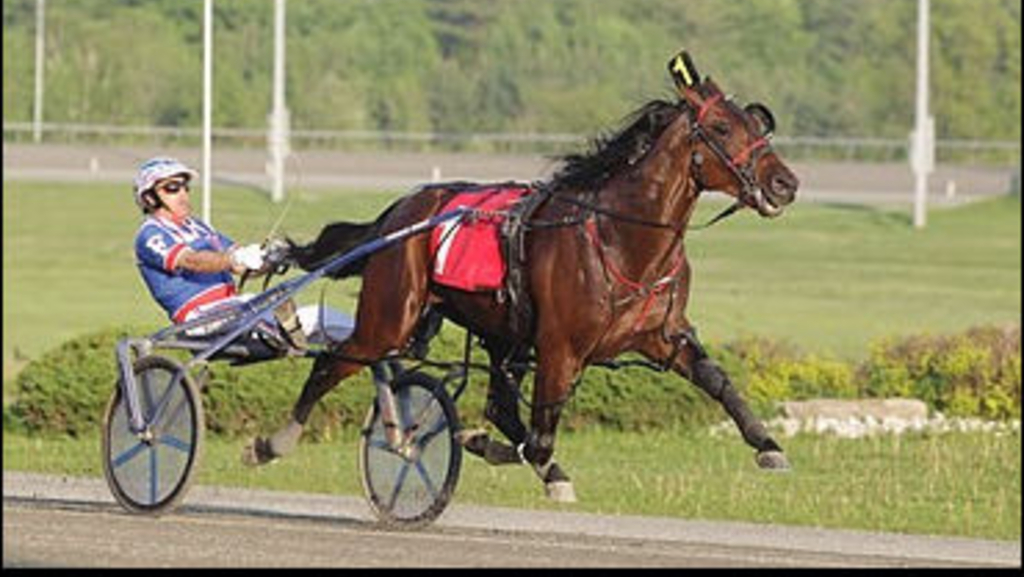 . Outrageous Art began his sophomore campaign with an impressive 5-2-0 record from seven starts, including a pair of victories in the Summertime Series before finishing second in the $60,000 final.

However, like most horses, Outrageous Art has had to contend with both good times and bad.

“There was a point in time last year where I thought he was going to step up and be able to go with the top three-year-olds, but that didn’t turn out to be the case,” Steacy commented.

“I even entered him into the elimination of the Adios, but we had to scratch him because he was very sick. That might have taken its toll on his career, because he hasn’t really bounced back from that.”

The regally-bred son of Artsplace--Righteous Renee is hoping to prove his conditioner wrong when he steps behind the gate in the inaugural Beat The Heat Pacing Series this Saturday at Mohawk Racetrack.

With career earnings of $111,100, Outrageous Art is looking to get on the winning track.

“He’s got a lot of speed with a great, long gait, but he’s just an inconsistent horse. One race he races great, then, the next start he’s flat.”

Steacy was also encouraged by the new series created by the Woodbine Entertainment Group.

“He fits this series like a glove with $95,000 earned last year,” he said. “It should be easier than the four-year-old Open and it has two legs and a final, which is also nice.”

A $50,000 yearling purchase, Outrageous Art has faced Grand Circuit horses in the past, including the Confederation Cup, Des Smith and Simcoe Stakes, but has failed in those attempts. That, however, doesn’t stop Steacy from thinking that his charge could be a top horse on the WEG circuit.

“I think he will get better with age. Right now he’s got all the talent but no fight. Eventually, I think he will be a preferred horse at Mohawk and Woodbine.”

Starting from Post 7 in Race 9 for driver Sylvain Filion, the bay will look to come up with a performance his conditioner terms a work of 'art.' First-race post time at Mohawk on Saturday is scheduled for 7:10 p.m.