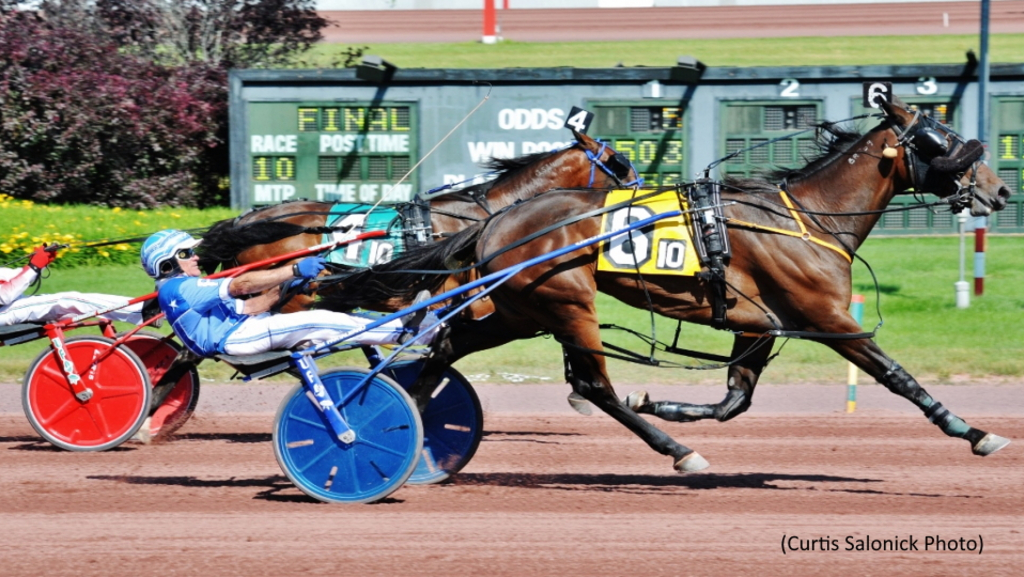 Captain Keen and Black Hawk Down both went to the lead and held the advantage to the wire in capturing the $15,000 features on Monday afternoon at The Downs at Mohegan Sun Pocono.

Also deserving a major mention is Team Miller, with Marcus driving six winners on the card, five for trainer/father Erv.

The Always A Virgin gelding Captain Keen and driver Jim Pantaleano didn’t have an easy path en route to grabbing the top going to the :27 quarter, even in the five-horse pacing feature field, but then had things relatively stress-free during middle splits of :55 and 1:23. In the stretch Major Show tried to catch him in the Pocono Pike, but Captain Keen held him off by three-quarters of a length while lowering his mark to 1:51.1 for trainer Mike Simons, co-owner with Destiny Racing Stable LLC.

In the trotting headliner, the Kadabra gelding Black Hawk Down kept his head while all about him were losing theirs, enabling him to post fractions of :28.2, :57.3, and 1:26.2 while going on to a career best of 1:55.4 while a length ahead of Fashion On A Star. Braxten Boyd drove the winner for trainer Hunter Oakes and Elite Harness Racing LLC.

Otherwise, much of the rest of the day belonged to Team Miller. The pair accounted for both of the first two-year-old betting races of 2022 here, both on the pace and with both debutantes coming off winning qualifiers: the Captaintreacherous–Bittorsweet Terror colt Barbossa Hanover, stepping home in :27.4 to complete a 1:55.1 mile for Bowie Racing LLC, and the filly Frondeur, a daughter of A Rocknroll Dance–Redhots Memory who flew home in :27.2 at the end of a 1:56 mile for Shim Racing LLC.

Just as hot as the Millers were the Pocono bettors – eight favourites won on the 14-race card, with the other six races taken by the second choice.