Roll With Joe To Rockeyed Optimist 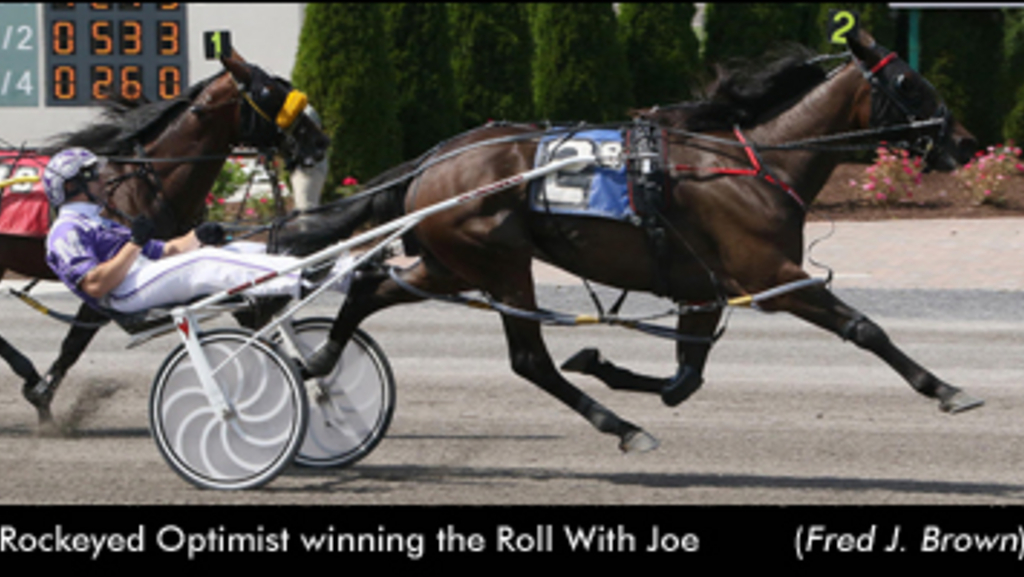 The five-year-old Rocknroll Hanover gelding and Brett Miller slid second-over on approach to the clubhouse turn, slipstreaming the cover of Always At My Place (Yannick Gingras) after All Bets Off (Matt Kakaley) brushed clear of McWicked (Tim Tetrick) into a :53.3 initial half-mile. Rockeyed Optimist enjoyed live cover on the backstretch, but was left to face the breeze after Always At My Place ducked to the pegs when McWicked gapped the pocket. Despite All Bets Off turning for home with a two-length lead, Rockeyed Optimist was able to reel him in for a 1:49.2 score. Defending champion State Treasurer (David Miller) circled from last on the far turn to take third.

Steve Elliott trains Rockeyed Optimist, now a 24-time winner, for the partnership of Perretti, Berkner, the A & B Stable, and Battaglia.

A pair of late-closing series for three-year-old trotters culminated with $25,000 finals earlier in the card. The M&J Oil and Lube Series for fillies went to Dream Child ($6.30), a Linda Toscano trainee who drew clear at will for a 1:56.1 victory in rein to Mike Simons. John Cummings Jr. drove Makers Mass ($2.70) to victory from well off the pace, circling three-wide and drawing clear in 1:57 to take the Williams Auto Group final for trainer Megan Wilson.

Jim Taggart Jr. led all drivers with three wins on the 11-race program.