Frozen Hanover Is Heating Up 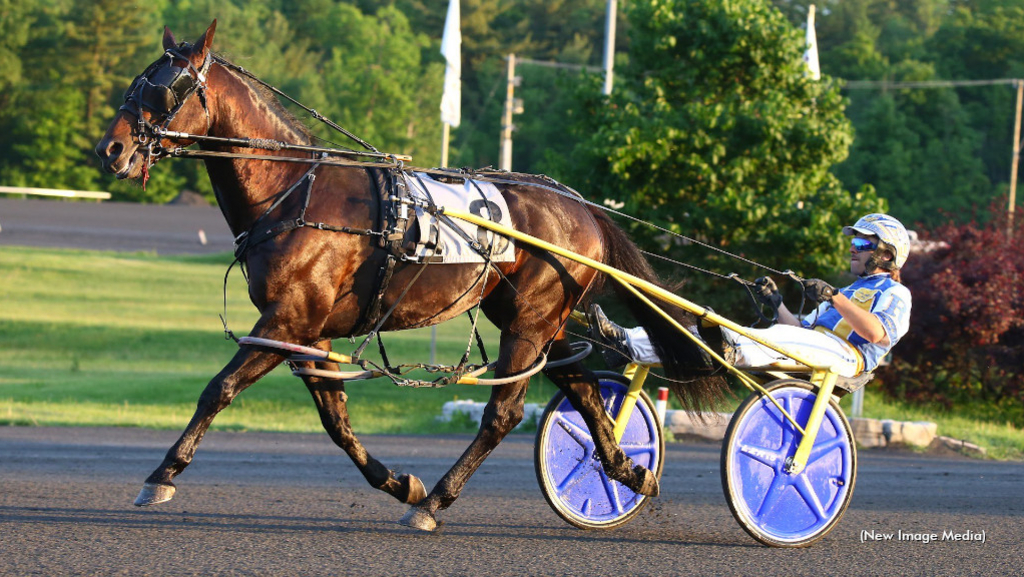 He's got the size and bloodlines to succeed in the big leagues. The question is, can he improve enough to be a star?

The three-year-old son of pacing sensation Somebeachsomewhere is starting to show the signs. At odds of 22-1, he overcame post eight and finished a good fourth to Pebble Beach in the fastest elimination of the North America Cup at Woodbine Mohawk Park last weekend, and that earned him a berth in Saturday's final.

To the disappointment of his connections, he drew post nine for the million-dollar event.

"It's harder now, that's for sure, because he likes to leave, but that's how it is," Blais said.

Determination stable of Montreal paid $325,000  (U.S.)  for Frozen Hanover at the Harrisburg yearling sale in 2020, but the colt was not precocious.

He failed to hit the board in three starts last summer before Blais cut short his two-year-old campaign. "He wasn't ready to race at the level we thought last year. We started him back in small classes and that helped his confidence."

This season, the colt took a mark of 1:52.3 at Mohawk and  had a pair of wins and two seconds before testing stakes company in the Somebeachsomewhere Stakes, where he finished fourth. Next came his North America Cup elimination, where driver Louis-Philippe Roy was able to gun him off the gate and tuck in behind pacesetter Market Based. While no threat to winner Pebble Beach, he finished willingly, beaten about four lengths.

Roy got the call because Bob McClure was named on Stonebridge Helios, who broke in his North America Cup elim.

"I told Bob, don't lose that drive," Blais said. "We went with Louis-Philippe  because whenever he's driven for us, he's done a good job. He's a pro."

Blais said Frozen Hanover is extensively staked, if he shows he can compete at the top level.

"You never know, but he's learning and improving all the time and recovers quickly. He's still green but he's got the perfect physique to be a good horse. This horse has a lot of talent; he just doesn't realize how much yet."