Madefromlucky Heads For The Hills 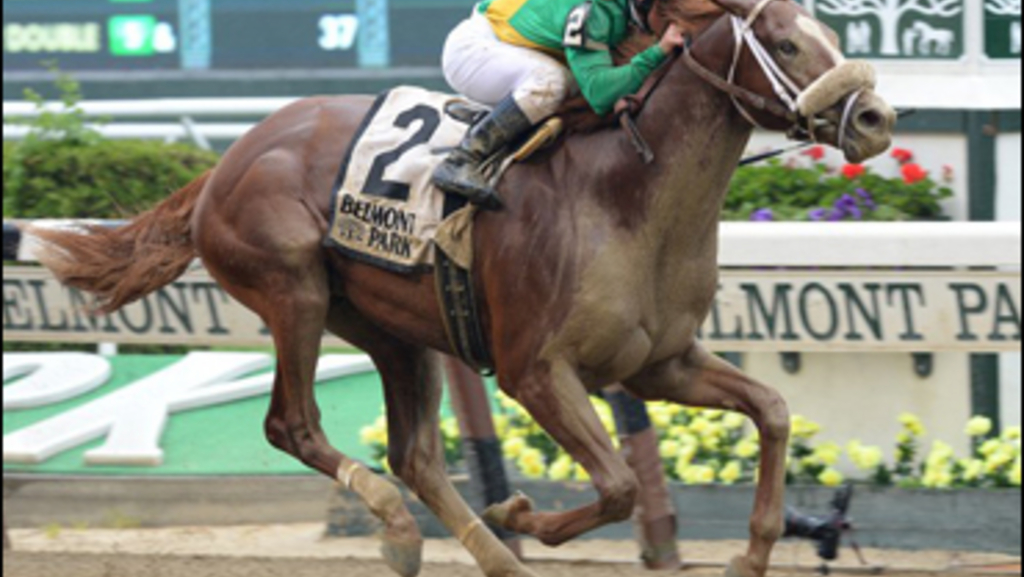 Madefromlucky, the top money winner in the Stable That God Loves, is heading for the hills of West Virginia.

The flashy chestnut Thoroughbred, trained by noted conditioner Todd Pletcher for owners Mac Nichol of Erin, Ontario and Cheyenne Stables LLC, is prepping for his next stakes engagement in the Gr. 2 $750,000 West Virginia Derby at Mountaineer Park in Chester, West Virginia on August 1.

Madefromlucky, who has been tackling the sport’s best three-year-olds in his races, including Triple Crown winner American Pharoah, will be looking to push his season’s earnings to $435,000 with a victory in the 92nd renewal of the one and one-eighth mile test. For his career, he is 3-2-1 from eight starts, including his last outing in the $1.5 million Belmont Stakes where he finished sixth. In his previous start, he registered his first stakes victory in the Gr. 2 $200,000 Peter Pan Stakes at Belmont Park.

“He came out of the Belmont Stakes a little sick, but he has been treated and is fine now,” said Nichol.

Madefromlucky is the only Thoroughbred member of the ‘Stable of Horses That God Loves,’ a fundraising program for the Standardbred Racetrack Chaplaincy of Canada. As part of the program, one per cent of his purse earnings in 2015 will be donated to the Chaplaincy, which is dedicated to providing for the emotional, physical, spiritual and human needs of the horse racing work force in southwestern Ontario.

To date the Stable That God Loves has 58 members and boasts 32 winners (six wins in the past six days) and almost $1 million in purse earnings.

Stalls are always available in God’s Stable. Every horse (trotter, pacer, or Thoroughbred) regardless of ability, is welcome and guaranteed a stall. Stall applications should be directed to Ken Middleton at [email protected] or Norm Clements at [email protected].

(Stable of Horses That God Loves)