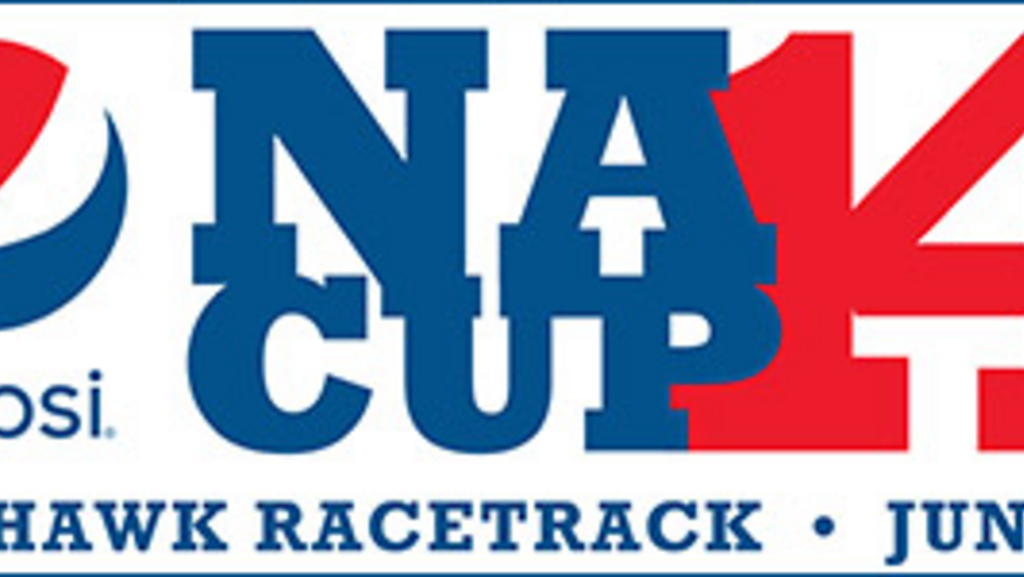 Sent postward as the overwhelming 1-9 favourite after his 1:53.3 elimination win last weekend, Trixton delivered a 1:51.3 triumph for trainer/driver Jimmy Takter. He shaved one-fifth of a second off the Canadian record established in 2012 by another Takter trainee, Little Brown Fox.

Leaving from post four, the other elimination winner Flyhawk El Durado (Yannick Gingras) was the first to get a call as he marched to the quarter in :27-seconds with Il Sogno Dream (Ron Pierce) and outsider Harper Blue Chip (Sylvain Filion) dropping into second and third. As the field rolled by the first quarter mark, Harper Blue Chip swept up to become the new leader.

Meanwhile, Trixton continued to advance and finally cleared down the backstretch after being parked through the first half, clocked in :55.

Once on top, Trixton began to separate himself from the rest of the field en route to three-quarters in 1:22.4 and continued to pour it on down the stretch for the six length victory. Il Sogno Dream advanced first over during the final half to finish second while Harper Blue Chip finished third.

"He felt pretty good, but the track is actually a little bit loose for him," commented Takter after the victory. "He had to work hard for it. It was top speed, everyone wanted to sit behind him and I had to do a lot of work to get where I wanted to, but great horses overcome anything.”

Earning his fifth stakes win in a row, Trixton returned $2.20 to his backers at the betting windows.

The Muscle Hill-Emilie Cas El colt is owned by Takter's wife Christina and Sweden's Brixton Medical Ab. He nearly doubled his lifetime bankroll, which now stands at $295,633, while earning his ninth win from 14 starts.

Takter said that Trixton will now have a couple of weeks off and his next stakes engagement is the Stanley Dancer at Meadowlands Racetrack.

Classic Martine put an end to Perfect Alliance's double-digit win streak as she swept by the popular trotting mare in deep stretch to capture the $266,000 Armbro Flight Stakes.

Driver Tim Tetrick fired Classic Martine off the gate from post five with 1-2 favourite Perfect Alliance (Yannick Gingras) and reigning Horse of the Year Bee A Magician (Brian Sears) stacked three-high into the first turn. Bee A Magician trotted on to take over by the :27-second first quarter mark before Perfect Alliance rolled by down the backstretch.

Boasting 11 straight wins in her four-year-old season, Perfect Alliance reached the half in :56 and headed to three-quarters in 1:24 while Rockin With Dewey (Mario Baillargeon) advanced first over.

Perfect Alliance maintained the lead turning for home, but Tetrick angled Classic Martine out to find a clear path down the stretch and reached up for the mild upset in 1:52.1. The time of the mile was just one-fifth of a second off the stakes record. Perfect Alliance settled for second in her first loss of the season and Rockin With Dewey finished third.

"Leaving the gate there I wanted to get out and get into position and I saw Yannick getting his mare in play so I thought this is going to be perfect, I'm going to get to follow her," said Tetrick in a post-race interview. "Brian put Bee A Magician in play so I was content sitting in behind those two great mares. Luckily, I got to squeeze out at the top of the lane and my mare trotted really well."

Chris Oakes trains the four-year-old Classic Photo-Drinking Days mare for owners Hauser Bros Racing Ent. LLC, Susan Oakes, Conrad Zurich, and Edwin Gold. She is now four-for-five on the year with another stakes win in the Miss Versatility Series at Woodbine Racetrack prior to her Armbro Flight elimination. Lifetime, she has won half of her 32 starts and boasts a bankroll of $718,424.

Anndrovette earned her third straight Roses Are Red Stakes title as she dug in down the stretch to fend off Somwherovrarainbow in the $330,000 final for pacing mares.

When the wings of the gate closed, Rocklamation (Yannick Gingra) fired from the outside post 10 and grabbed the lead well before the first turn over inside elimination winner Yagonnakissmeornot (Ron Pierce). However, post four starter Anndrovette pressed on and took over command at the :26.3 quarter pole.

The three-time O'Brien Award winner proceeded to lead the top mares to the half in :54.3 and three-quarters in 1:21.4 while Somwherovrarainbow (Brian Sears) advanced first over from fourth with Shelliscape (Corey Callahan) on her back and Shebestingin (David Miller) third over.

Somwherovrarainbow move up alongside Anndrovette around the final turn and applied heavy pressure into the stretch, but the two-time defending champion fought back to score the one length victory. Somwherovrarainbow settled for second and Rocklamation finished third.

“I put her on the front, I went forward and Yannick’s horse left really good and I made the lead," said Tetrick of his racing strategy. "I kind of let her set her own pace, got a second quarter breather in :28, and I just let her keep rolling. She was passed down the lane and she gutted it out and came back and fought the other one off.”

The seven-year-old Riverboat King-Easy Miss mare won last year’s Roses Are Red in a stakes record 1:48. She was the favourite in this year's edition after winning the Betsy Ross at Harrah's Philadelphia and her Roses Are Red elimination, paying $4.60 to win.

“She’s got something most horses don’t and that’s determination,” said Tetrick. “She hates to lose, she likes to race and she’s just a great mare.”

Evenin Of Pleasure scored the biggest win of his career in 1:49.2 for owner Gestion Jean Yves Blais of Montreal.

The field was scratched down to nine with Warrawee Needy sick and Bettors Edge (Ron Pierce) hustled off the gate from the eight-hole to carve out panels of :26.4, :55.3 and 1:22.4.

Meanwhile, the sport's richest pacer Foiled Again (Yannick Gingras) and 3-2 favourite and Molson Pace champion State Treasurer (Chris Christoforou) followed in second and third with the latter moving first up into the final turn and the former pulling the pocket down the stretch.

However, it was Evenin Of Pleasure who slipped up the pylons to prevail in the final strides by a quarter-length. Foiled Again was second and fellow Ron Burke trainee Bettors Edge was third over State Treasurer.

"It worked out perfectly," said Filion from the winner's circle. "We had a good post and I was fifth on the rail and I decided to stay inside so I wound up third around the last turn. He kind of swelled up on me and I was looking for an opening and we got it late in the mile and he just blew past them."

The four-year-old son of Dragon Again out of Armbro Amour, who has been racing among the conditioned ranks on the WEG circuit, returned a whopping $164.30 to win.

"He's a real nice horse, very easy to drive," added Filion. "I don't think he can beat these horses every week, but once in a while I think he'll have a shot. He's still young and he's on his way to improve and hopefully he'll be able to race against these horses week after week."

The win was Evenin Of Pleasure's eighth lifetime and his career bankroll soared to $233,997.

Driven by David Miller, Uffizi Hanover swept her elimination and the final as the 8-5 favourite for Al Libfeld of Pickering and Toronto partners Marvin Katz and Sam Goldband.

Take That Hanover (Mike Saftic) out-sprinted Bahama Blue (Mario Baillargeon) off the gate from mid-pack and put up a :26-second opening quarter before Miller sent last year's Breeders Crown champion Uffizi Hanover after the lead from third into the backstretch with Nat A Virgin (Rick Zeron) hot on her heels and sweeping up three-wide to take over command.

Nat A Virgin hit the half in :54.4 and opened up a couple of lengths on top en route to three-quarters in 1:23.2. Meanwhile, Major Dancer (Brian Sears) was advancing with Beach Gal (Tim Tetrick) stalking her cover.

Nat A Virgin was still clear on top entering the stretch, but Uffizi Hanover closed late to nab the victory in 1:50.4, with her final quarter clocked in :26.4. Nat A Virgin settled for second and Take That Hanover finished third.

"We had a good post, the inside [post two] so I used it to our advantage and got away close," explained Miller after the race. "It worked out where I could get her back to the lead and we got covered up and got out at the head of the stretch and just fired."

"I'm incredibly proud of her, but the real credit here has to go to Al Libfeld, my partner," said Katz, noting that his longtime friend was instrumental in convincing him to purchase a pacing filly. "When good things happen, like I said last year, it really feels like you're on top of the mountain."

In other Saturday racing action, former O'Brien Award winner and two-time Roses Are Red competitor Monkey On My Wheel persevered in a $30,000 Fillies & Mares Preferred Pace in 1:52 with David Miller aboard for trainer Casie Coleman and owner/breeder Mac Nichol of Burlington, Ont.

Another former Roses Are Red starter, Rebeka Bayama, was also victorious on Saturday night. 2011 North America Cup champion Up The Credit turned in a winning effort on the undercard as did that year's Cup consolation champ Bestofbest Hanover. Also making it to the winner's circle on Saturday night was Dapper Dude, who was a third-place finisher in the 2012 North America Cup, which was won by his stablemate Thinking Out Loud.