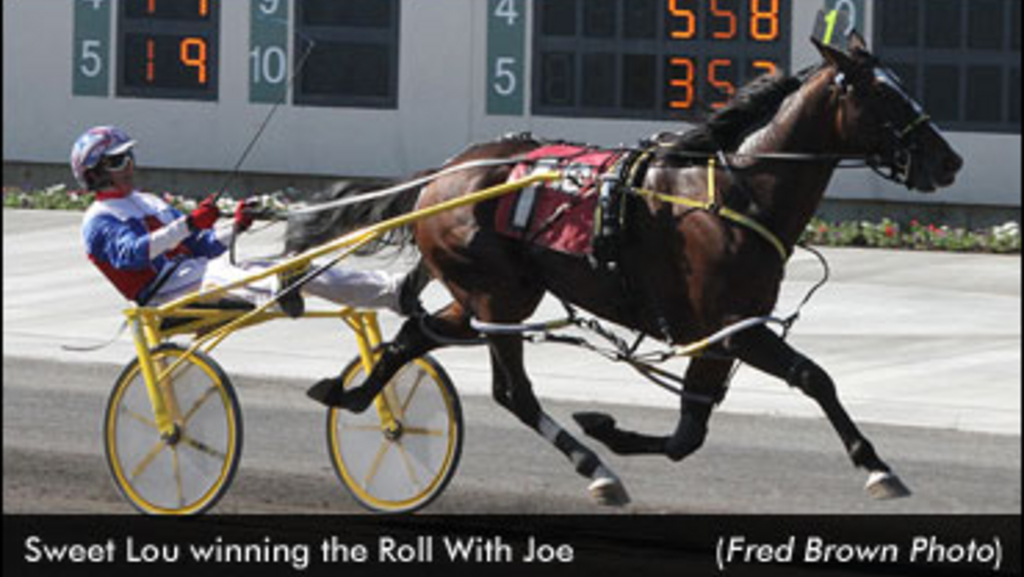 The five-year-old son of Yankee Cruiser floated forward to track Bolt The Duer (Mark MacDonald) in the early stages, brushing to the fore after a :26.2 first quarter and keeping the pace solid en route to a :53.4 half-mile.

On the backstretch, Ron Pierce pushed clear with Sweet Lou, putting four lengths on the field in a :26.3 third quarter.

Approaching the final 200 yards, it seemed the pace may have been too taxing, as Sweet Lou was all-out through the stretch and Heston Blue Chip (Tim Tetrick) found room to chase after being locked in. But Sweet Lou dug in late, staving off Heston Blue Chip to prevail by one and three-quarter lengths. Bolt The Duer stayed for third, while Word Power (Jim Morrill Jr.) sustained a wide bid off a third-over trip to take fourth.

The undercard saw three-year-old pacing colts and geldings contest a trio of $41,300 New York Sire Stakes divisions, with El Bloombito (1:50.2) turning in a spectacular four-length win in rein to Tim Tetrick. Linda Toscano trains the American Ideal colt for the Stake Your Claim Stable, the Camelot Stable, and Fred Wallace.

Live racing resumes at Tioga Downs on Monday (June 2) evening, with the first of 13 races scheduled for 6:15 p.m. EDT.